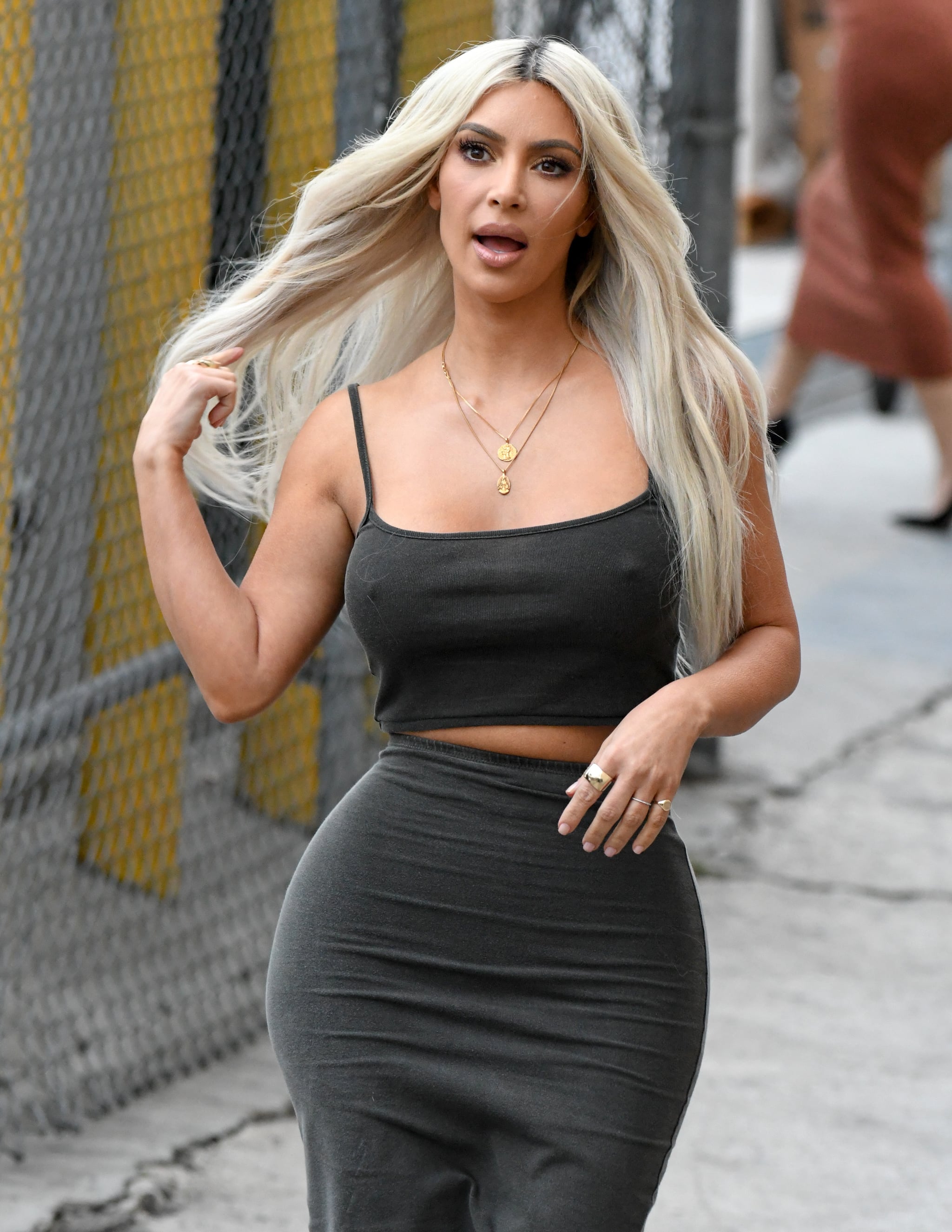 Gather 'round, children, and settle in for an epic tale of pettiness, the likes of which our ancestors could only dream about. Kim Kardashian has officially turned her Instagram account into a Mean Girls-style "burn book," using her Valentine's fragrance launch as a chance to show off her list of "haters" to the world at large.

For a bit of context, Kim's V-Day fragrances are shaped like candy conversation hearts and read "BFF," "Bae," or "Ride or Die." To promote the new launch, Kim has been sending the candy-shaped perfumes to press and influencers in large, chocolate hearts that have to be cracked open with a wooden mallet to reveal the bottle inside.

In an Instagram story, Kim showed her followers a large list of names written on sticky notes. "All right, guys, I am writing the list for my press boxes! I'm gonna send them to way more than this, but I decided for this Valentine's Day, everyone deserves a valentine," Kim narrated, zooming in closer to the names. "So I'm going to send them to my lovers, to my haters, to everyone that I think of . . . because it's Valentine's Day, after all." Here's the list, with 12 noted "haters" on the left in green: 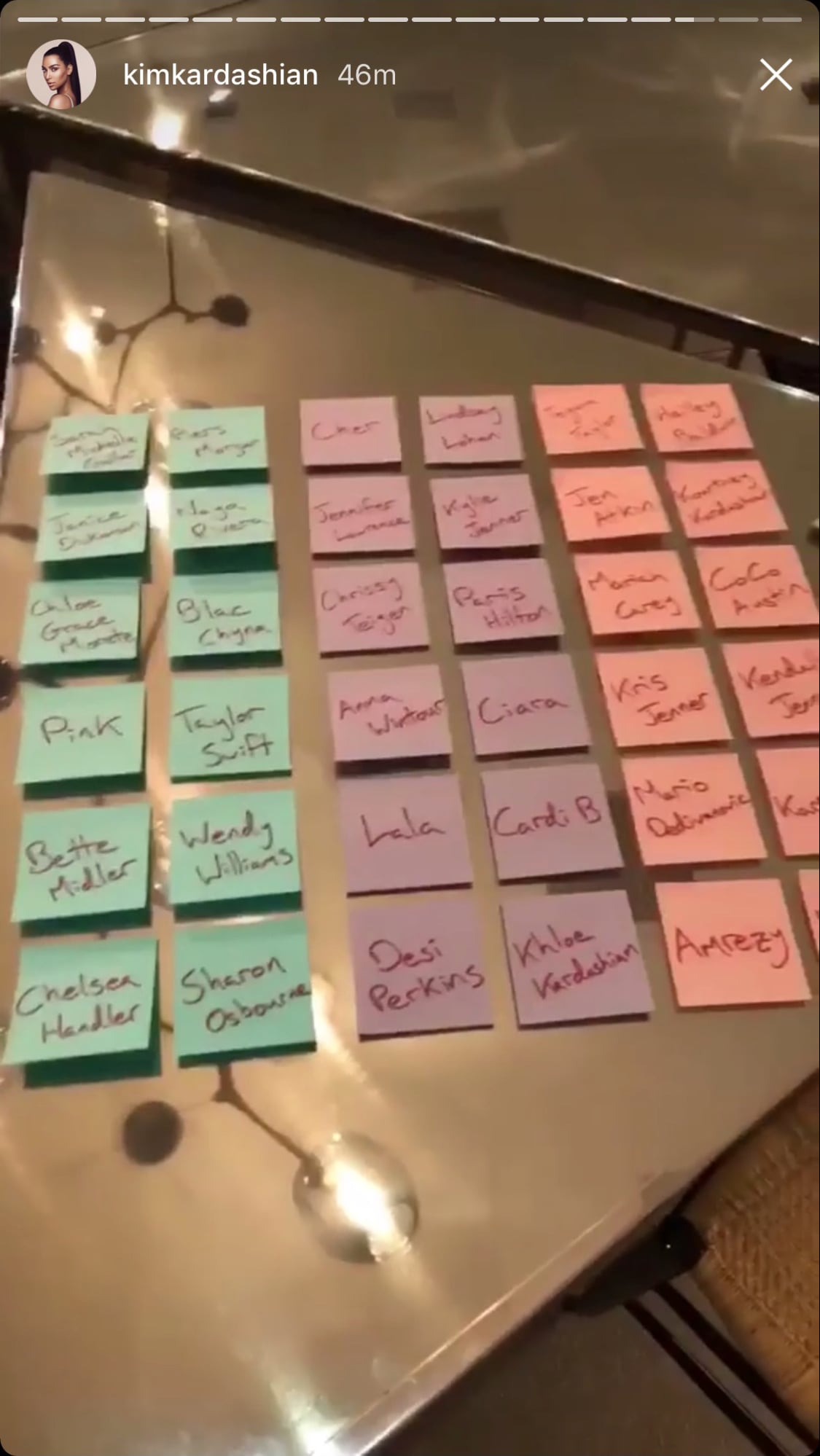 So, who's on the list? And more importantly, what did they do to deserve their places there? Allow me to explain.

Whew! So there you have it — the top haters on Kim's presumably long list. But don't go thinking that they all got "bae" conversation heart perfumes; Kim clarified via Twitter that only her loved ones received those.

let me just say all haters didn't get bae. some of my real bff's got bae too and my mom!

Because Kris's name is written on a pink sticky, we're assuming the names on that column all received "Bae" perfumes. But what did the "haters" column receive? Knowing Kim, probably a facetious "BFF." Remind us not to get on her bad side.

Celebrity Instagrams
Lindsay Lohan Announces Engagement to Bader Shammas: "My love. My life. My family. My future."
by Princess Gabbara 1 week ago