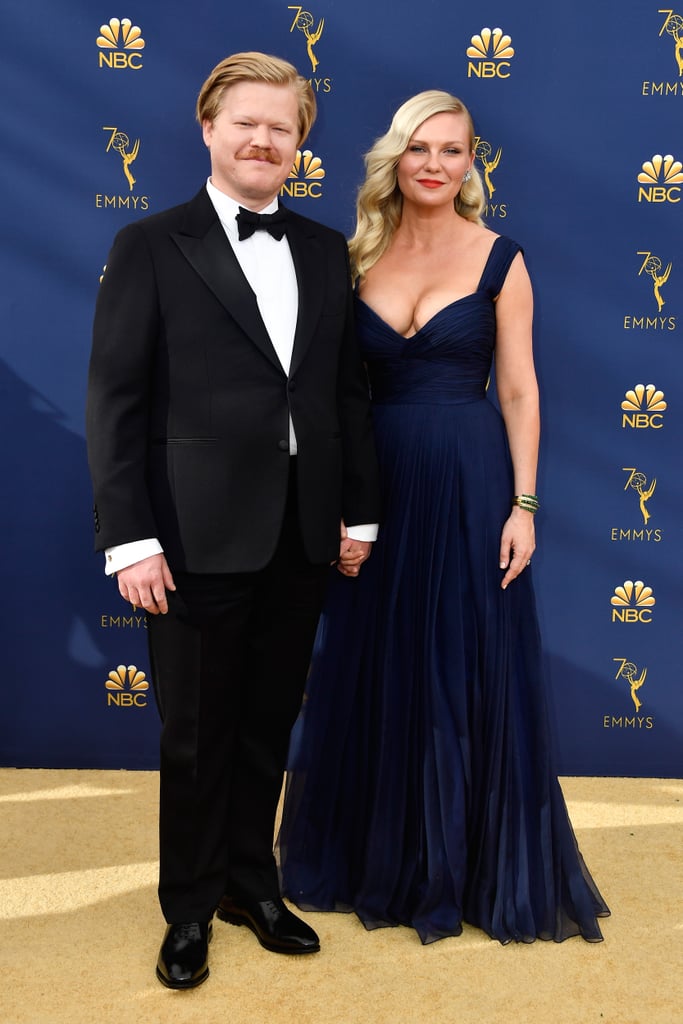 Let's just say if the babysitter had called, Jesse Plemons and Kirsten Dunst would have sent it to voicemail. On Monday night, the new parents struck some lovely poses at the Emmys, showing just how fun it is to get dolled up and away from diapers. The award show marked Jesse and Kirsten's first red carpet appearance since welcoming a baby boy, Ennis Howard Plemons, in May. Jesse was nominated for outstanding lead actor in a limited series or movie for his role on Black Mirror.

Jesse and Kirsten started dating in 2016 after portraying a married couple on the series Fargo and made things official when they got engaged the following year. The two are expected to wed later this year, but until then, we'll just stay gazing at their red carpet photos. Read on to see Jesse and Kirsten's photos at the 2018 Emmys.

Related:
We Can't Get Over How Cute These Celebrity Couples Look at the Emmys
Previous Next Start Slideshow
Award SeasonJesse PlemonsCelebrity CouplesEmmy AwardsKirsten DunstRed Carpet