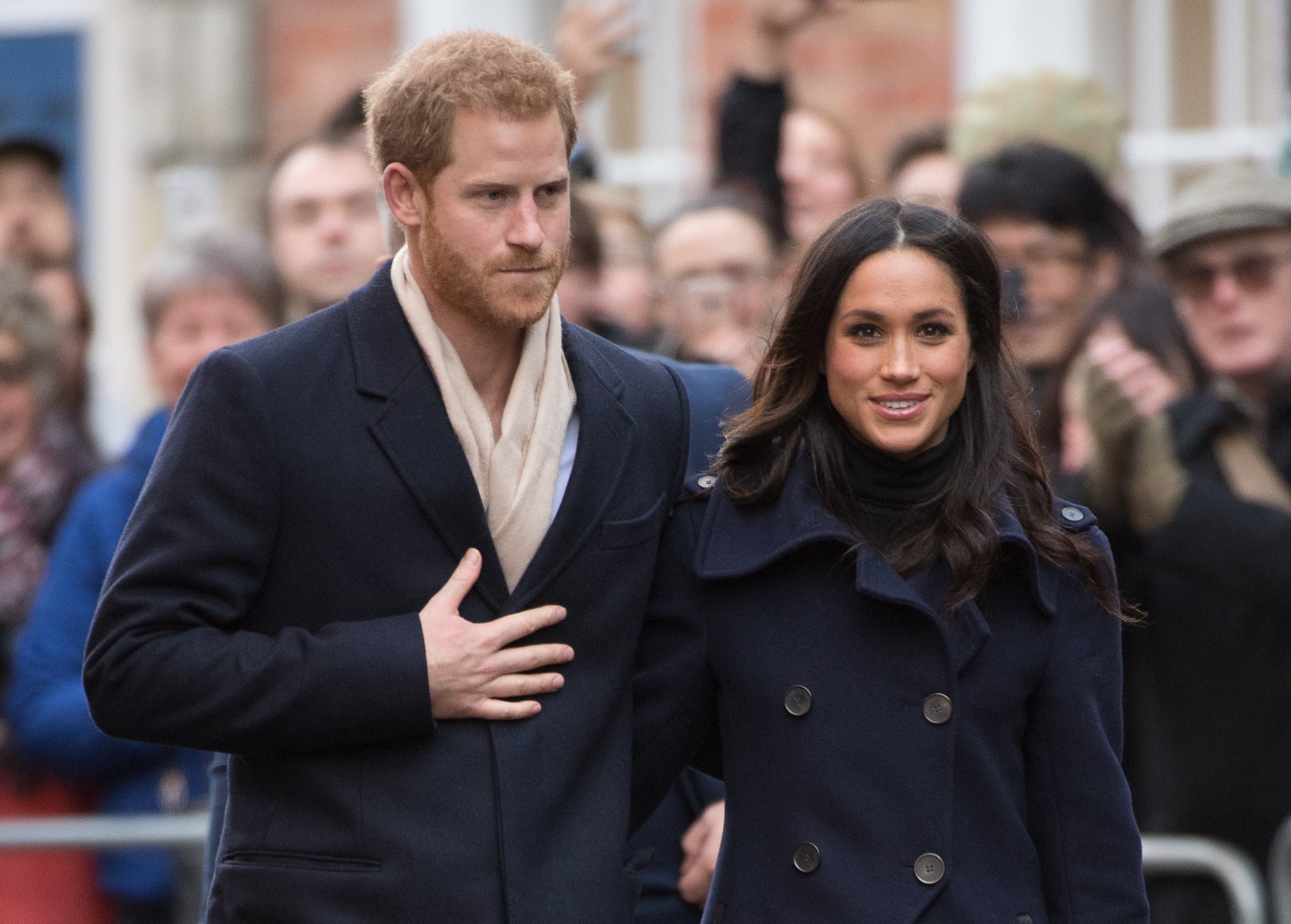 I urge you to take a break from planning your viewing party for Prince Harry and Meghan Markle's May wedding to listen to this news — whether we're emotionally prepared for it or not, the couple is getting the Lifetime treatment. I repeat: we're getting a Meghan and Harry Lifetime movie.

According to Deadline, a film titled Harry & Meghan: The Royal Love Story is currently in the works at the network. If you're thinking, "Hey, Lifetime, they literally just got engaged, can you chill for one second?", you're not alone. But far be it from us to stand in the way of bringing this international love story to the small screen with actors most likely from a superhero show on The CW. Deadline reports that Lifetime announced its royal movie plans at a press event on Sunday:

"The film will examine the history of Prince Harry and Meghan Markle from the moment they met after being set up by friends, through their initial courtship when they were able to keep their romance under wraps, and ultimately the intense global media attention surrounding their relationship and Meghan's life as a divorced American actress."

To be fair, though the couple has only been publicly linked for a relatively short time — they met in 2016 through a mutual friend — there are already plenty of iconic moments from their relationship that this movie can explore. For instance, their romantic date under the stars in Botswana? Or the time a roasted chicken dinner led to a marriage proposal? Or how about the thought process that goes into picking out all of the Suits actress's truly fantastic coats?

Lifetime has already nailed down Menhaj Huda (The Royals) as a director, but an official premiere date is still up in the air. However, it's wise to assume it'll drop sooner than later if Harry & Meghan: The Royal Love Story follows in the footsteps of Lifetime's other depiction of royal romance, William & Kate: The Movie. The "biopic" about Prince William and the Duchess of Cambridge's relationship premiered just 11 days before their April 2011 nuptials.

Since Harry and Meghan aren't due to tie the knot until May 19, there's plenty of time to cast the film and share it with the masses before they walk down the aisle at St. George's Chapel. After all, I think we all know who should play them . . .