In case you haven't heard the news yet, Nick Jonas and Priyanka Chopra are engaged! The 25-year-old singer reportedly popped the question to the 36-year-old actress during her birthday celebration in London earlier this month. While the couple have yet to publicly confirm the news, on Sunday, Nick was spotted out for the first time during a liquor store run in NYC. Nick picked up a six-pack of beer and cooled down with a bottle of orange juice, but Priyanka wasn't with him this time around.

Nick and Priyanka have been friends for quite some time now, though they only started dating two months ago. Still, things appear to be getting serious pretty quickly. Not only have they both already met each other's families, but apparently, the pair also hung out with Prince Harry and Meghan Markle during their recent trip to London. Congrats to Nick and Priyanka! 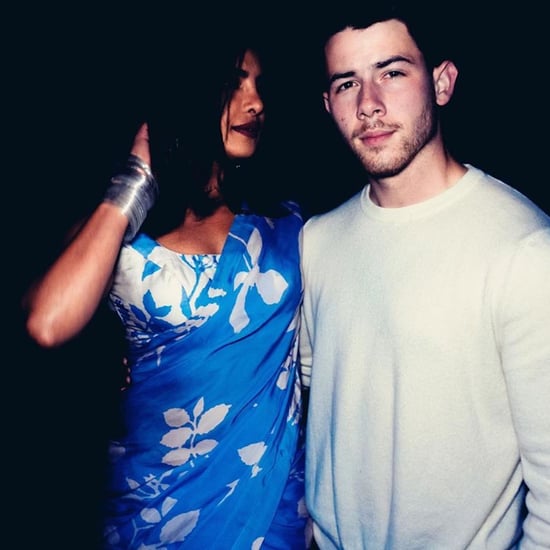 Celebrity Style
Priyanka Chopra Felt Like Dressing Up, So She Wore This Stunning Sari at Home With Nick Jonas
by Nikita Charuza 12/6/20