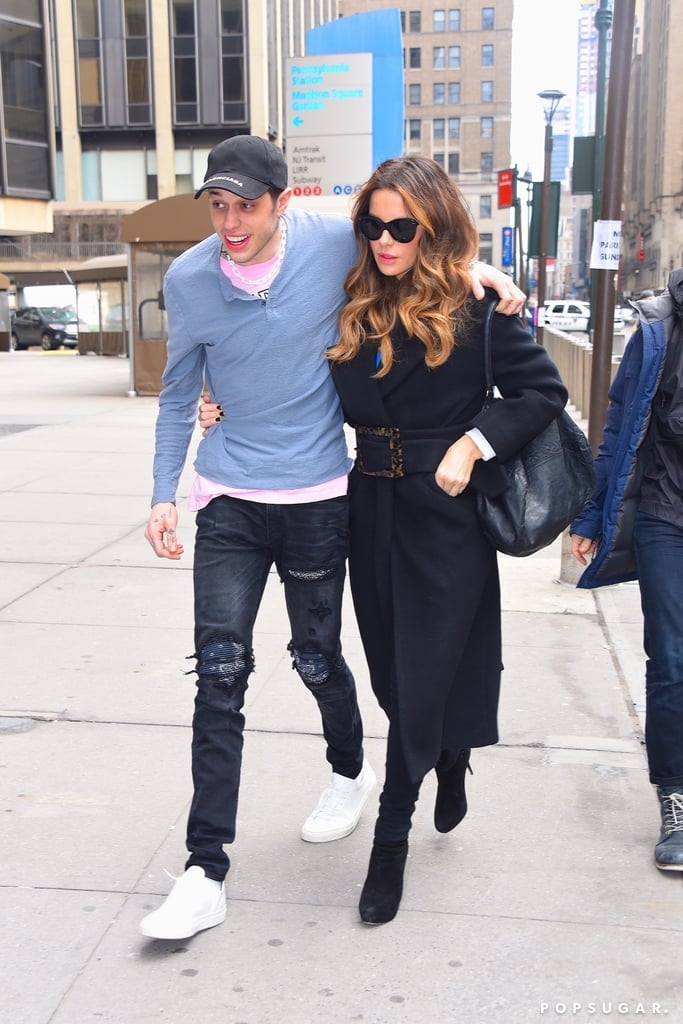 Pete Davidson and Kate Beckinsale have officially split up. On May 1, Us Weekly confirmed that the 25-year-old Saturday Night Live comedian and 45-year-old actress parted ways shortly after they reportedly decided to take things more slowly. According to the outlet, they were "still spending time together but [it was] less serious: more friendly of a vibe and less romantic."

The two — who were said to have first hit it off in January at a Golden Globes afterparty — were seen getting rather close and intimate over the past four months. In February, they were photographed walking hand in hand after one of Pete's comedy sets in Los Angeles. The following month, the former couple packed on the PDA at an SNL afterparty and at a New York Rangers game.

In a March interview with the Los Angeles Times, Kate opened up about dating Pete and garnering so much attention, noting, "I'm surprised by the interest. I've never been in this position before — never dated anybody who comes with their own bag of mischief. It's all quite shocking, and something to get used to."

It's unclear when the two broke up, but Pete did recently walk out of his Connecticut comedy show after the venue's owner reportedly made a joke about Kate and Pete's other ex Ariana Grande. "I can't perform under those circumstances," Pete said to his followers in an Instagram video. The exact reason for Pete and Kate official split remains unknown, but it seems as though it was an amicable decision.