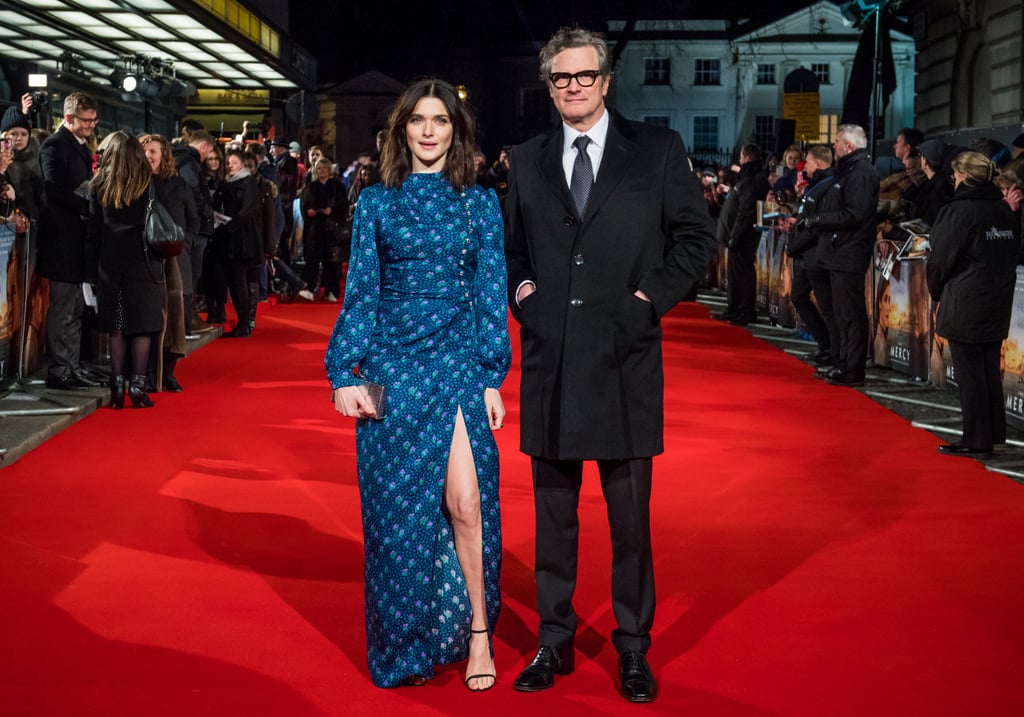 Rachel Weisz and Colin Firth served up some serious film star glamour on Tuesday when they hit the red carpet for the London premiere of their new film The Mercy. The pair giggled together as they posed for photographers and signed autographs for fans, and while Colin smartly kept his coat on as he faced the freezing temperatures in the capital, Rachel was brave enough to flash a little leg in her blue Miu Miu gown.

While Rachel's husband Daniel Craig was not in attendance, (the pair rarely makes public appearances as a couple), Colin's wife, Livia, was there to support her husband, and they made a chic couple as they cuddled up in the cold. The film. a biopic of Donald Crowhurst, who attempted to circumnavigate the globe as part of an international yacht race, is already garnering positive reviews, with Firth praised for tackling the difficult role with his usual dignity and stoicism. It hits UK cinemas on Feb. 9.