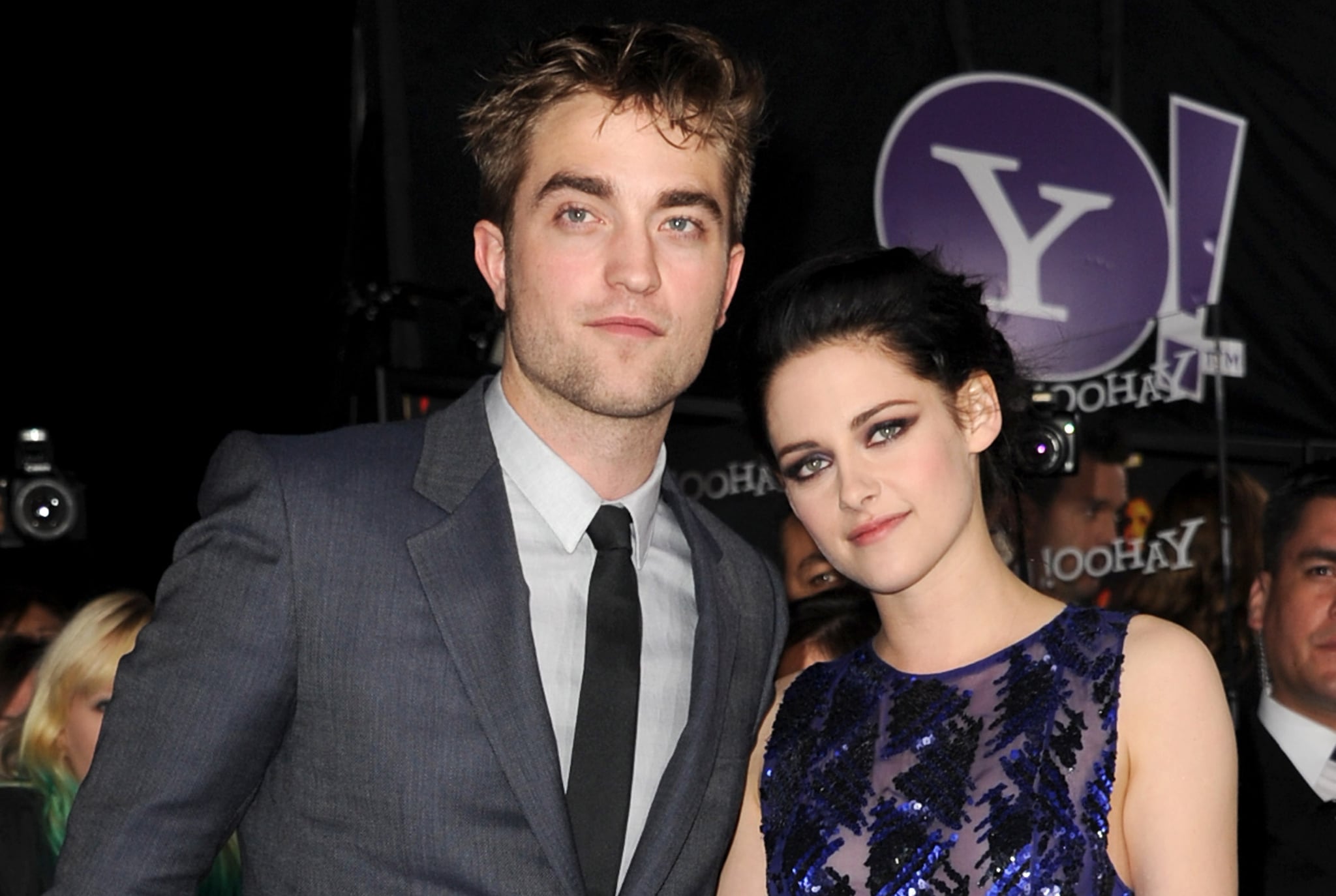 It's been five years since Robert Pattinson and Kristen Stewart called it quits, but it looks like there are no hard feelings anymore. On Wednesday evening, the 32-year-old actor attended the LA premiere of his new movie, Damsel, and was asked to name his favourite former female costars during an interview. "I mean, I've worked with some real powerhouses. Definitely Mia [Wasikowska] is one of them, obviously. Kristin Scott Thomas, Uma Thurman," Robert told ET. Rob was then asked about his ex, to which he awkwardly responded, "Kristen Stewart, Kristen too! Kristen Stewart as well, yeah, yeah, yeah. Catherine Hardwicke, too. She's great."

Robert and Kristen first got together in 2009, but they eventually called it quits in May 2013 after Kristen cheated on him with her Snow White and the Huntsman director, Rupert Sanders. However, the exes reunited outside of the Chateau Marmont in LA earlier this month. So I guess there's no bad blood anymore.