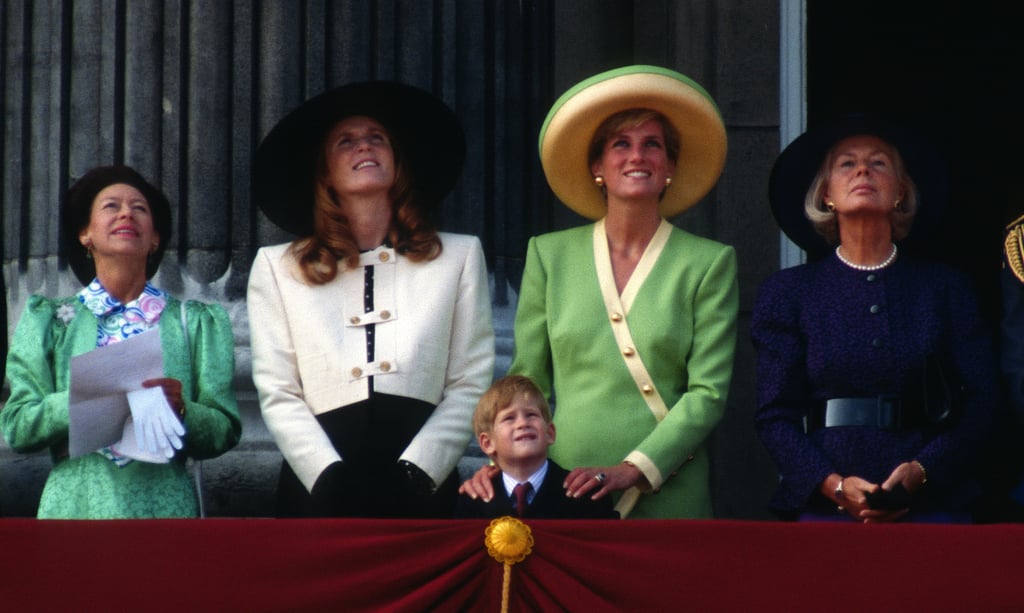 When it comes to royal friendships, Princess Diana and Sarah Ferguson had one for the books. Though the two were childhood friends, their friendship really made headlines when they both married into the royal family and became sister-in-laws. They were often spotted joking around and having fun during official royal events. Although the two unfortunately had a falling out prior to Diana's death in 1997, Sarah still holds the highest regards for the Princess of Wales.

In a rare interview with Daily Mail, the Duchess of York briefly opened up about her friendship with the late royal. While discussing her daughter Princess Eugenie's recent wedding to Jack Brooksbank, she admitted that she was incredibly sad that Diana couldn't be there to celebrate. "I thought of absent friends and family; of Diana — but she's with me all the time," she said, adding that what she misses most is "her tinkling laughter."

"Diana was my best friend and the funniest person I knew," she continued. "She had such timing and wit. It was a total joy to be with her because we just laughed and enjoyed life so much, and I know she would have loved the wedding." Read ahead for some of their sweetest friendship moments.