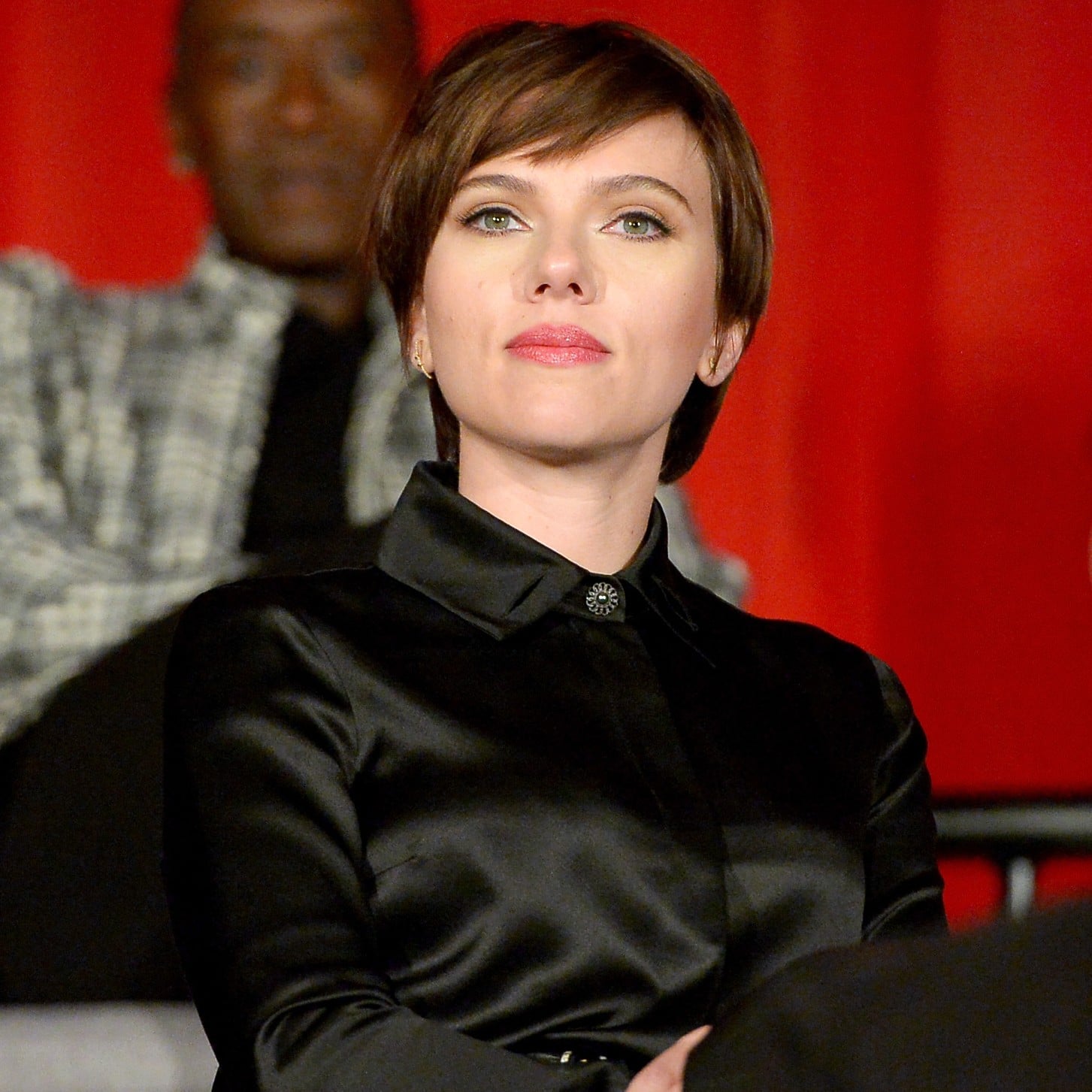 Excitement around Avengers: Infinity War is coming to a head, and press for the film is kicking into high gear. On April 22, around 25 of the film's major players descended on LA to talk about Marvel's incredible, explosive, hero-packed new film. Among the group of stars was Scarlett Johansson, who's been playing Black Widow in the Marvel universe since 2010's Iron Man 2. You'd think it prudent to try to get a spoiler out of her or even to ask her about the Black Widow standalone film, which was finally announced in early 2018.

Instead, when it came time for Scarlett to answer a question, one male reporter asked her about the fashion in the film. Scarlett was immediately put off, saying, "Really? I got the fashion question?" Then, "I honestly really don't know how to answer that question." After a few more moments, though, she decided to lean in to the moment with a bit of deadpan humour that was not unwarranted.

"I wear a leather unitard for most of this film. And I have been for the last 10 years. So if you think of any fashion elements that you would like to include, please let us know. I have a new vest, so that was pretty exciting. And I have a new hairstyle, if you haven't noticed already. It's a little bit polarizing, I can see, it's fine. It was a choice I made, and I'm sticking by it."

This isn't the first time Scarlett has pushed back against an obvious gender bias in a public way. At the 2017 Oscars, she shut down Ryan Seacrest when he interrupted her to ask about her shoes. "What a ridiculous question," she said. Even during the press tour for Avengers: Age of Ultron, one reporter "flipped the script" on Scarlett and her costar Mark Ruffalo; Mark was asked about his diet, his red carpet fashion, and his makeup tips, while Scarlett was asked more hard-hitting questions about her character and the filming process. Based on her reaction, it was (sadly) a refreshing change of pace.

Clearly, we still have a ways to go. It would be great to get to a point where female actresses don't have to get the "fashion question." Even so, it's great to see Scarlett calling out these moments as they come.