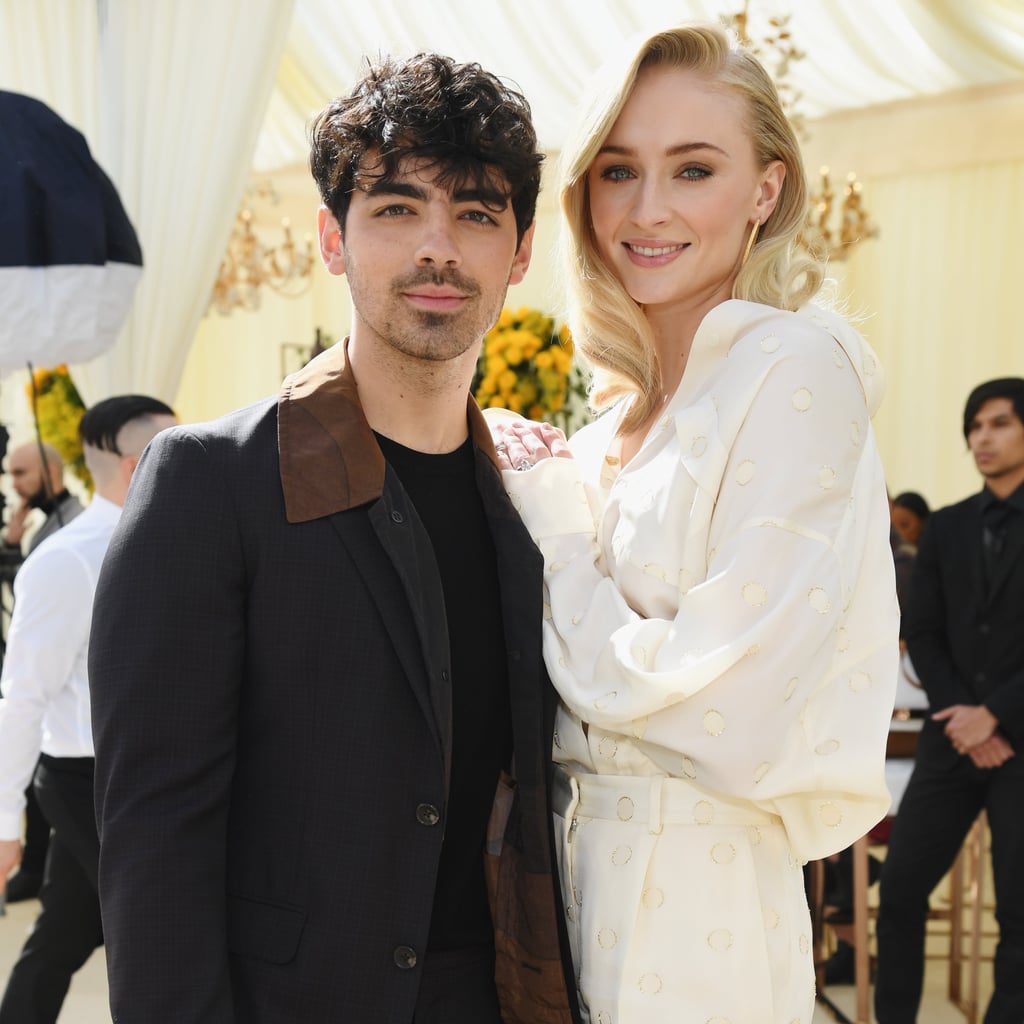 What happens in Vegas, goes on Instagram! Sophie Turner and Joe Jonas tied the knot in Sin City after obtaining a marriage licence on May 1, according to E! News. They were conveniently already in Vegas for the Billboard Music Awards. Thanks to the livestream skills of celebrities like Diplo, fans basically got a front row seat to the nuptials, complete with an Elvis officiator.

In the videos shared by Diplo, Sophie was seen walking down the aisle to a live performances of Dan + Shay's "Speechless". Despite the last-minute celebrations, she had the signature white dress and veil of a bride. Joe had the support of his brothers, Nick and Kevin, as he and Sophie exchanged vows and, wait for it, ring pops. That's pretty freakin' cute. After Joe and Sophie sealed the deal with a kiss, she was embraced by her sister-in-law Priyanka Chopra, who appeared to be a bridesmaid. Celebrities guests filled the seats, and could be seen filming the ceremony. Aw!

Joe and Sophie got engaged back in October 2017 after less than a year of dating. They reportedly were planning a Summer wedding in Europe, and maybe they'll still celebrate there! We'd love to see Maisie Williams as a bridesmaid. Congrats, Joe and Sophie! We wish you all the best.

by Tori Crowther 7 hours ago