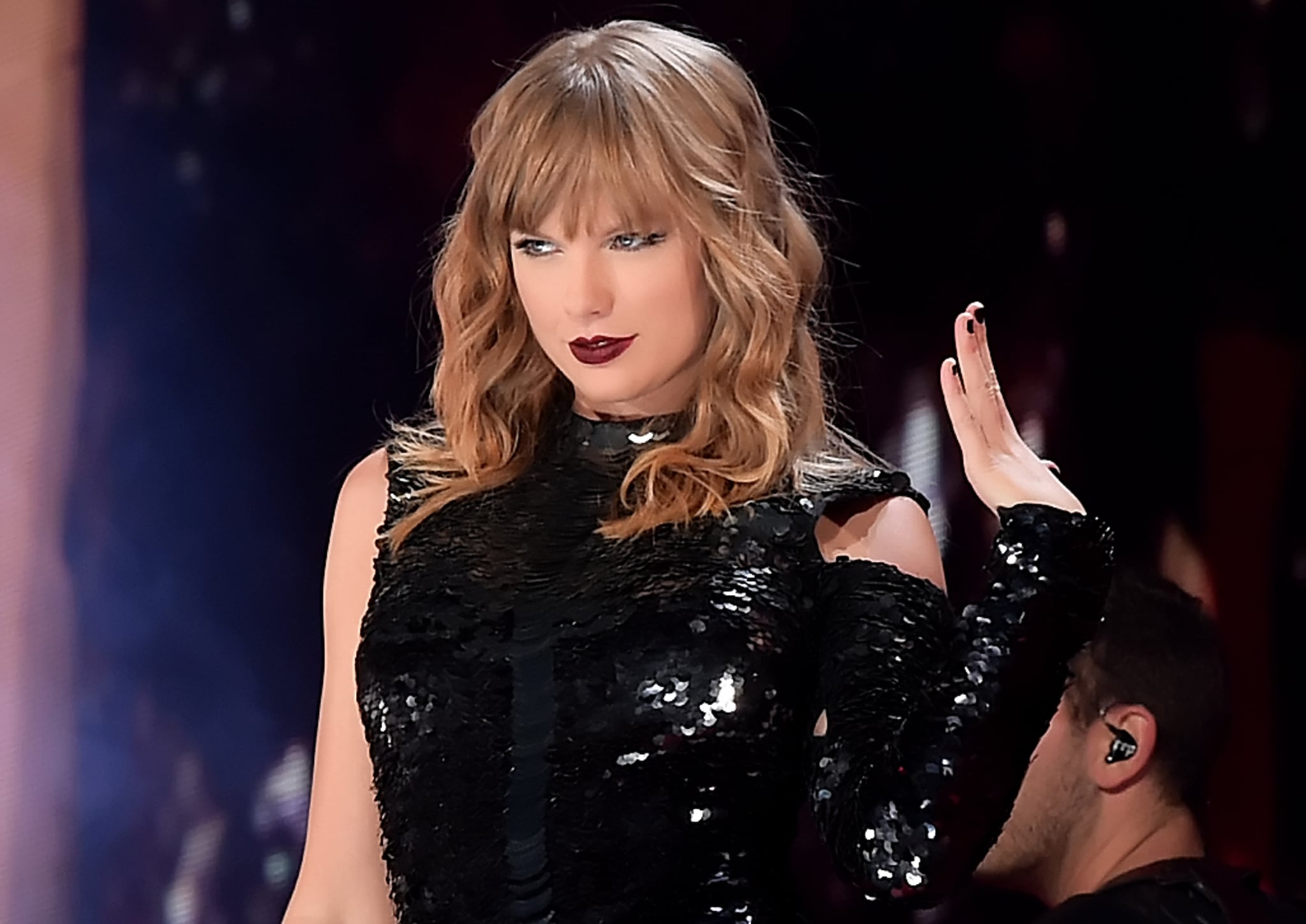 Taylor Swift officially kicked off her Reputation tour in Glendale, AZ, on Tuesday night, and there was a special guest in the audience: Joe Alwyn. Taylor's British boyfriend was on hand to support his other half at her first show, and even though he tried to go incognito by wearing a black baseball cap and denim shirt, Swifties immediately spotted him.

Things only got cuter when Taylor sang "Gorgeous," which is reportedly about her relationship with Joe, and basically serenaded him from the stage. According to one Twitter user who was there, "Taylor was winking and pointing and Joe was blushing and videoing her so much."

Aw! Taylor and Joe are clearly floating on cloud nine.