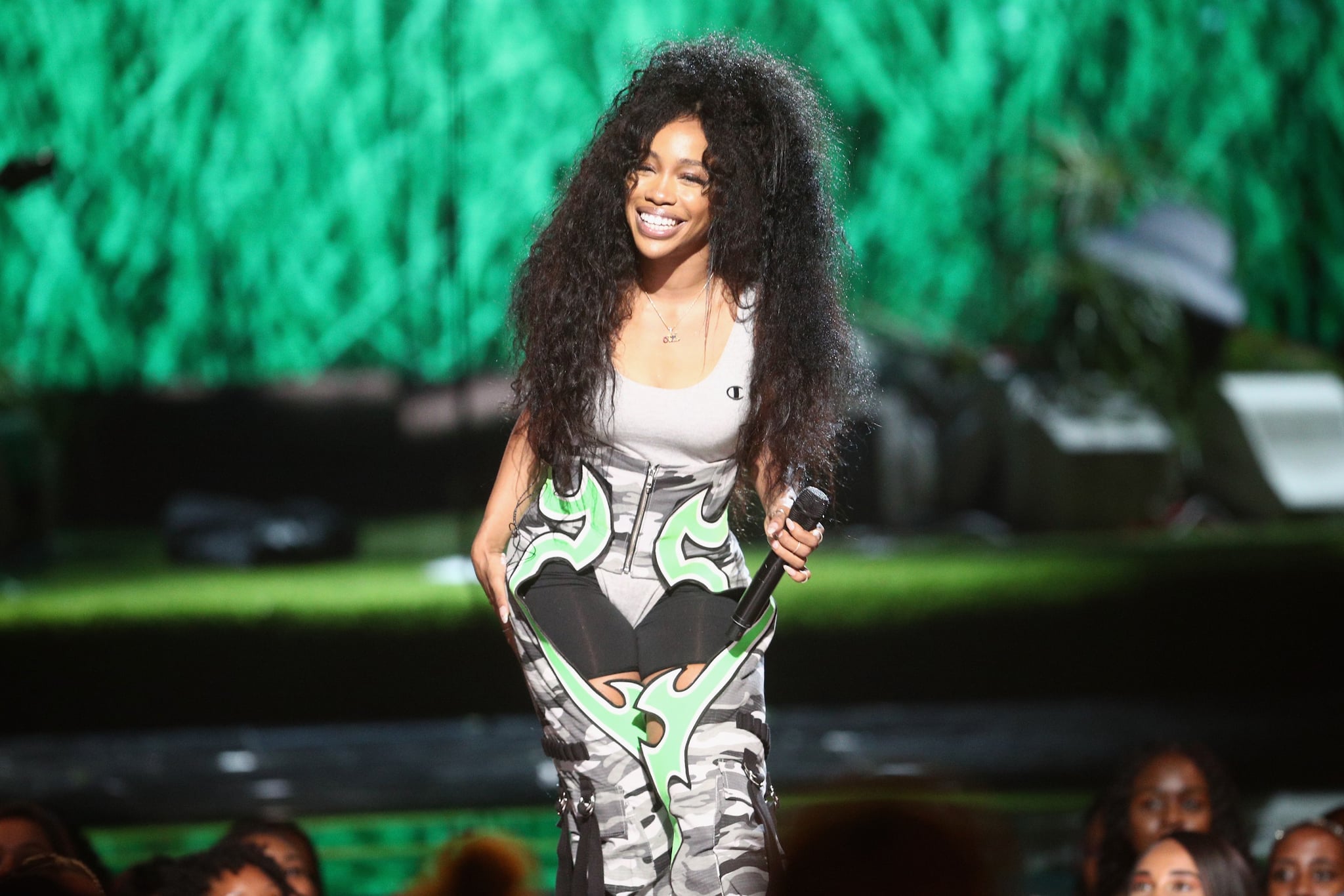 Neo-soul singer SZA released her debut studio album, Ctrl, in 2017, and in my eyes, it's was one of the best of the year. SZA sings about things every young woman can relate to: being young, being a woman, being the other woman, owning your sexuality, being insecure, falling for f*ckboys, trying to get over said f*ckboys — the list goes on and on. You may recognize her voice (which is raspy, lilted, and sounds like it's dripping in honey) from Rihanna's "Consideration" or her own 2014 EP, Z. Her lead single, "Drew Barrymore," became such a hit that the actress shared an Instagram of herself singing along and made a cute cameo in the official video. If you haven't yet familiarized yourself with the lyrical genius that is SZA, you really should. Like, right now.