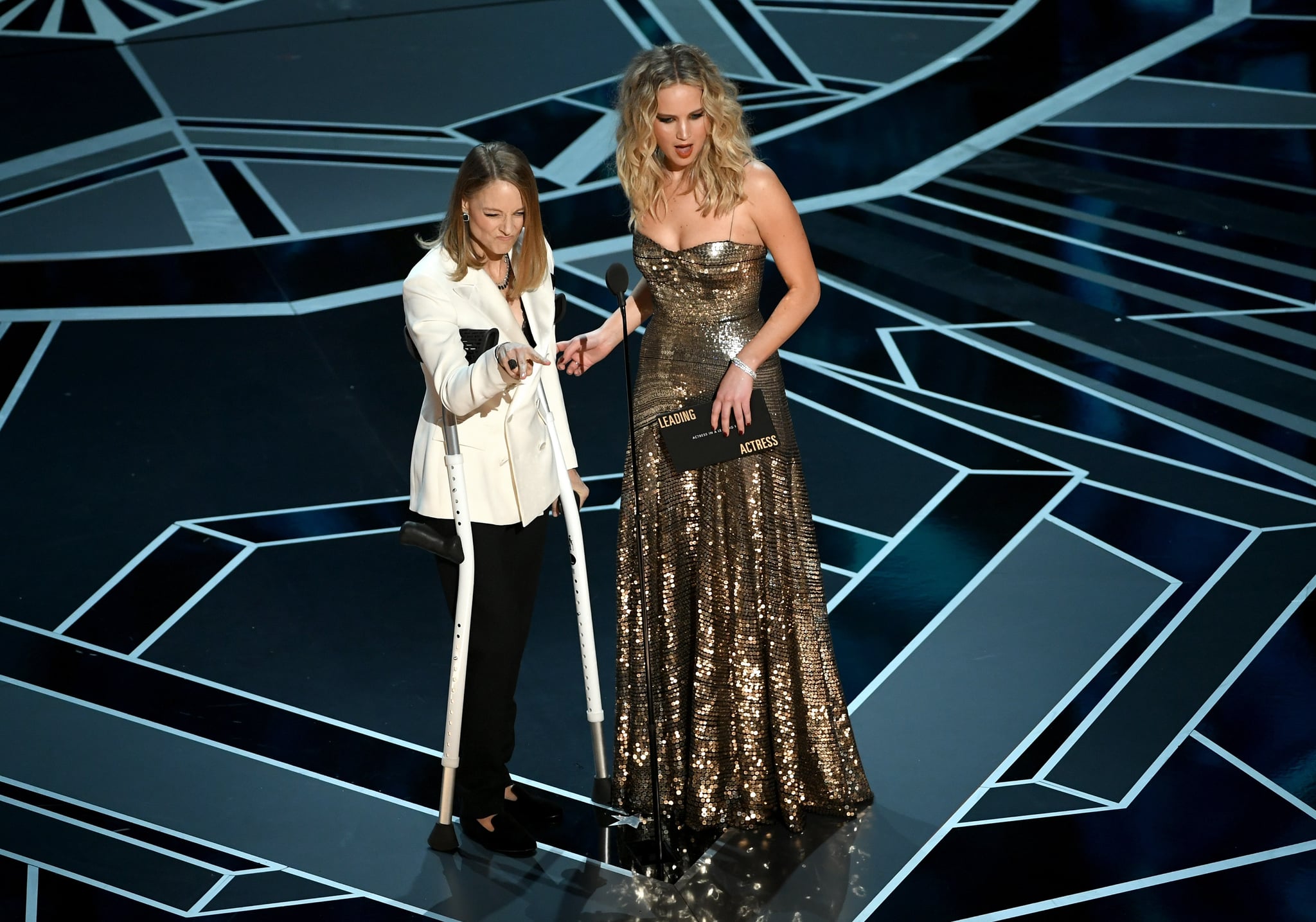 During Sunday night's broadcast of the 2018 Academy Awards, there was a backstage shot of Oscar-winning actress Jodie Foster on crutches . . . and Twitter went a little nuts wondering what happened to her.

Why is Jodie Foster on crutches? WHO HURT JODIE? #oktogo #theyshouldasentapoet

When she took the Oscars stage to present the best actress award to Frances McDormand for Three Billboards Outside Ebbing, Missouri, there was no explanation given for the crutches, but it did make for a pretty great joke at Meryl Streep's expense.

"Streep. She I, Tonya'd me. But, you know, I prefer not to discuss it," said a deadpan Foster.

"No, it's cool. She tripped me once . . . she's always so nice at the luncheons," responded Lawrence.

"Well, she's acting," said Foster, as Streep laughed and buried her face in her hands in the front row.

It would seem the injury is a recent one. The actress and director was spotted leaving the Roxbury Medical Building in Beverly Hills just a few days ago with the crutches, but not sporting any other indication of what happened — no cast, no braces, nothing. So hopefully it's nothing serious.

But for now, the cause of needing crutches remains a mystery.