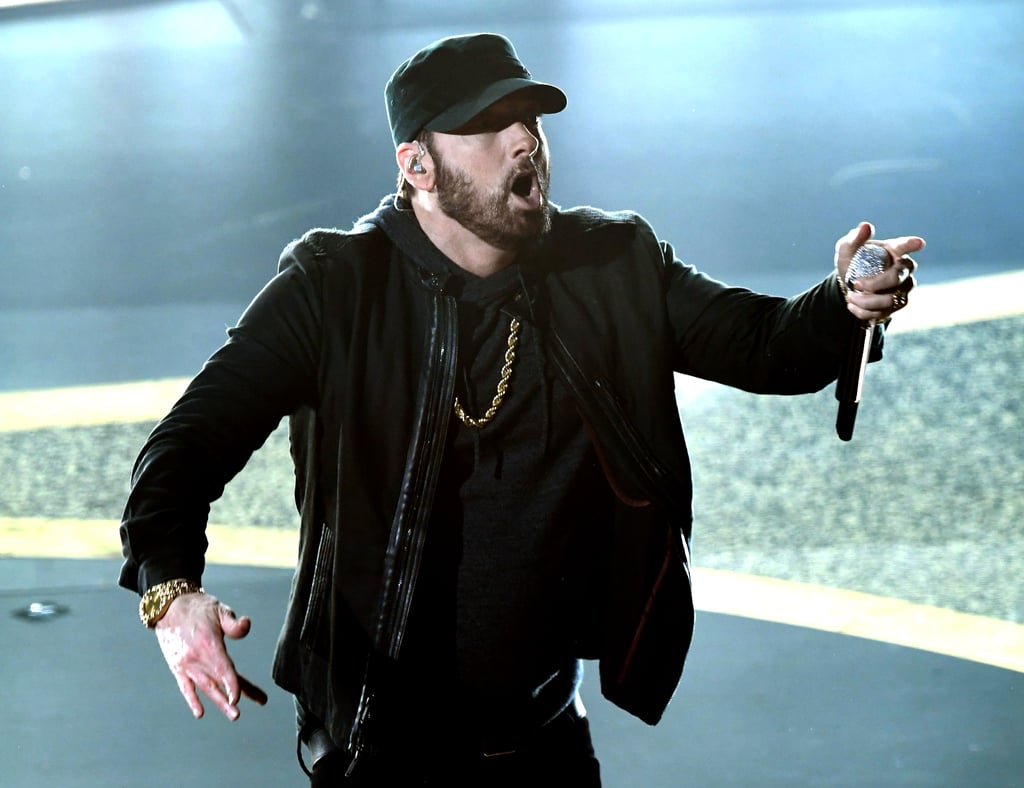 Yup, Celebrities Were Just As Confused As You Over Eminem's Oscars Performance

Making Oscar predictions is one of the best parts about award season, but did anyone predict Eminem showing up to sing a full-length musical number on Sunday night's broadcast? The seemingly random performance, which may have felt out of place among the night's actual nominated performances, actually had a sweet and significant backstory: that song, "Lose Yourself," actually won best original song back in 2002, becoming the first rap song ever to win that major award. The catch? According to FilmFacts, Eminem himself was so sure he wouldn't win that he didn't even bother to come to the ceremony, instead staying home to watch cartoons with his young daughter!

Knowing that, his performance was actually a heartfelt and long-overdue tribute to his groundbreaking achievement. But from the looks of things, a lot of the celebs in the auditorium didn't make that connection — so their reactions were truly priceless! Keep reading for some of the funniest celeb reactions to Eminem's unexpected Oscars performance, as well at Eminem's Tweet about it.