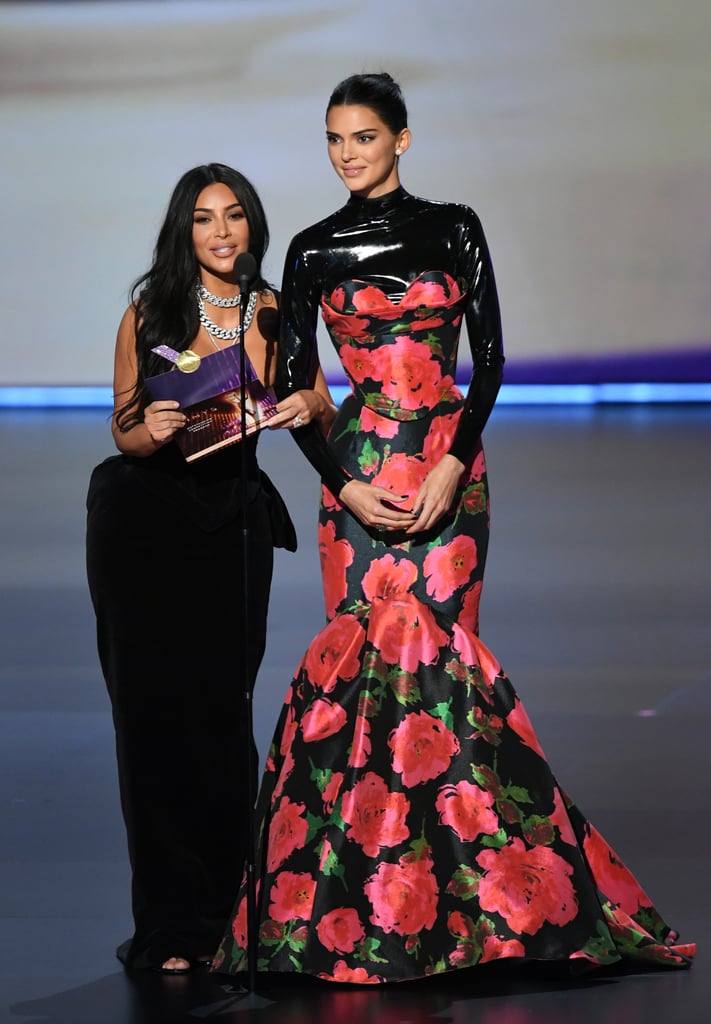 Kim Kardashian and Kendall Jenner faced quite the awkward moment at the Emmys in LA on Sunday. While presenting the award for outstanding reality-competition program, the sisters touched on their family's reality series, Keeping Up With the Kardashians. Kim said, "Our family knows firsthand how truly compelling television comes from real people just being themselves." Though Kim's delivery was serious and sincere, the statement was met with noticeable laughter from the audience.

Many viewers thought Kendall proceeded to glare at the audience, however, neither she nor Kim have yet to officially comment on the uncomfortable moment. By now, we think it's safe to assume that the famous family has grown used to expecting the unexpected in both their personal and professional lives. Look ahead to relive the awkwardness.