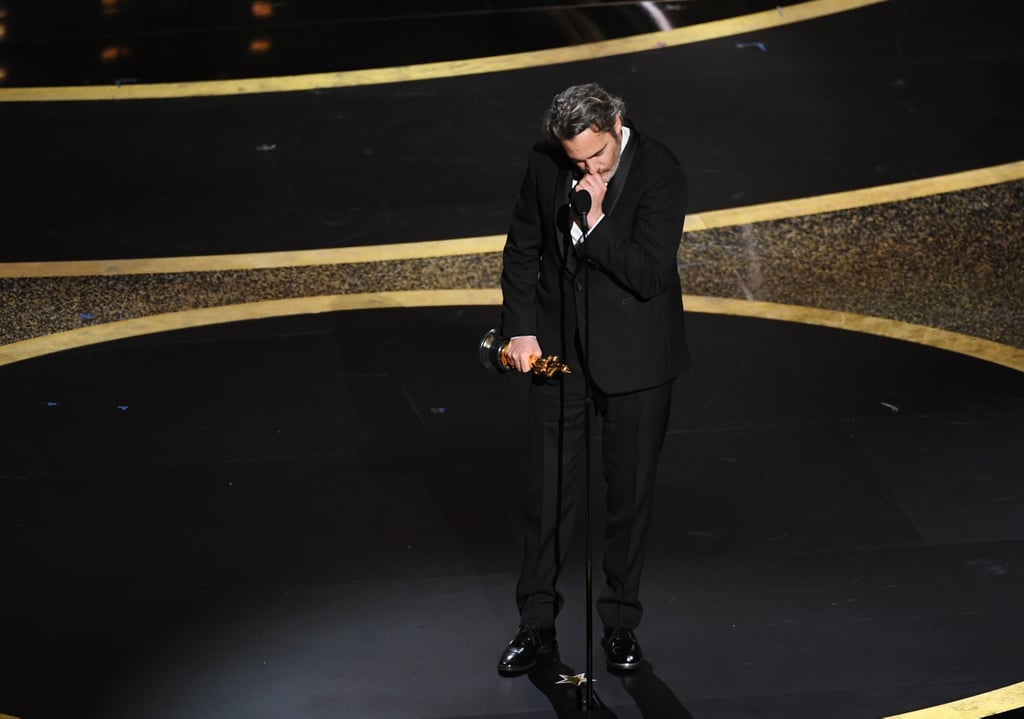 To almost no one's surprise, Joaquin Phoenix took home the prize for best actor at Sunday night's Oscars. As he's done throughout award season, Phoenix took the opportunity during his speech to speak about issues and inequalities in contemporary society. This time, though, he closed with a much more personal bent than before, paying tribute to his late brother, the actor River Phoenix. "When he was 17, my brother wrote this lyric, he said 'run to the rescue with love and peace will follow,'" he shared.

Like Joaquin, River was an actor, a musician, a humanitarian, and a rising star on the indie film circuit, coming up during the 1980s. His breakout role was in 1986's Stand By Me, and he had critically acclaimed roles in My Own Private Idaho and Running on Empty, the latter of which earned him an Oscar nomination of his own. Tragically, River did not live to have the kind of long career his brother has enjoyed: in 1993, he died suddenly at the age of 23, collapsing in front of his brother and other friends outside a club. Joaquin's touching tribute to his brother is a reminder of the hope and creativity in a life cut short. Ahead, you can check out a gallery of photos from River Phoenix's life and career.