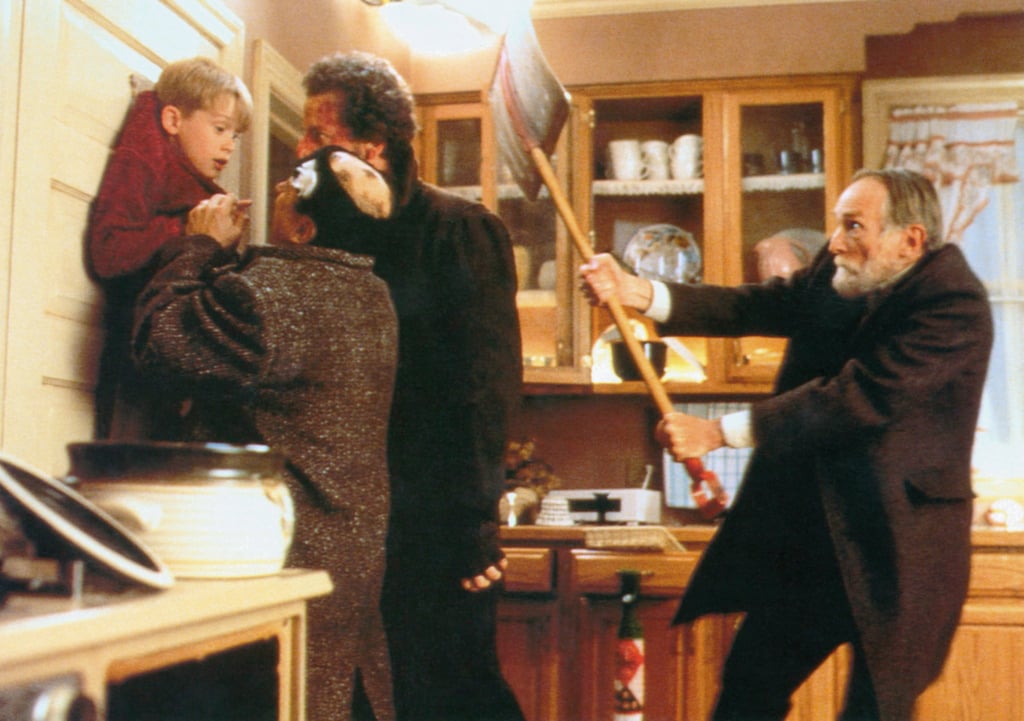 "Keep the change, ya filthy animal."

Chances are, you already know where this movie quote comes from. Anyone who has ever seen the classic '90s film Home Alone (which is basically everyone, let's be real), can probably recite every line from the noir gangster film Kevin McCallister watches while the rest of his family is out of town. The film, Angels With Filthy Souls, is a forbidden indulgence that Kevin treats himself to and later uses as a ploy to trick the clueless pizza delivery boy and a clever weapon when Harry and Marv attempt to rob his home. Most of us have watched Home Alone enough times to believe we know everything there is to know about the holiday comedy — yet fans were shocked to discover that Angels With Filthy Souls isn't actually a real movie.

Seth Rogen unintentionally broke the news to the internet on Christmas Day, tweeting out, "My entire childhood, I thought the old timey movie that Kevin watches in Home Alone (Angels With Filthy Souls) was actually an old movie." According to the thousands of people who replied to his tweet, there were grown folks who didn't learn that sad truth until that very moment! Even Chris Evans, Captain America himself, didn't know the truth behind the black-and-white footage of Johnny and Snakes.

Related:
Merry Christmas, Ya Filthy Animals — Here's Where You Can Stream Home Alone in December

In case you're still confused, Angels With Filthy Souls is a fictitious gangster movie created just for Home Alone (as was its sequel Angels With Filthy Souls 2 created for Home Alone 2: Lost in New York). Its name comes from the 1938 film Angels with Dirty Faces, starring James Cagney. The short film was shot in one day on the sound stage in the abandoned New Trier West High School gymnasium, like most of the other interior shots in Home Alone. Gun-toting Johnny was played by Ralph Foody (who died in 1999) and Michael Guido portrayed the doomed Snakes.

"I was definitely channelling Cagney," Guido previously told Vanity Fair. "Even though I'm pretty much retired from the business, every year at this time I get to enjoy my 15 minutes of fame thanks to my little scene."

Anyone else wishing someone would make Angels With Filthy Souls into a full-length feature? Just me? That's cool. Keep reading to catch some of the best reactions to Rogen's Home Alone bombshell and take this as the perfect excuse to rewatch the film again!