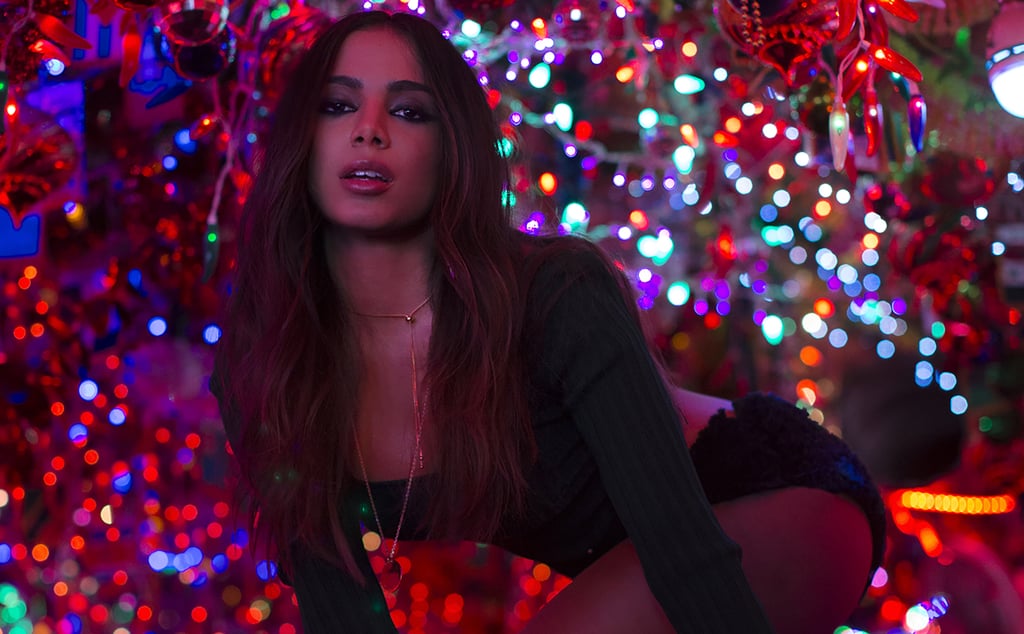 For anyone who hasn't heard of Larissa de Macedo Machado yet — or, as she is known professionally, Anitta — it's time to get out from under your rock. Brazil's biggest pop star and social media personality has been climbing the music charts in Brazil for years, but now 25-year-old is finally getting the international recognition she deserves, too. She released her fourth studio album, Kisses, in the beginning of April, and it amazingly features Portuguese, Spanish, and English songs with corresponding music videos for each. Talk about a triple threat!

The Brazilian stunner has been working on branching out her audience from her home country for a while now. After promoting her third studio album, Bang, Anitta began planning an international career and released a series of collaborations, including singles with artists such as Maluma, Iggy Azalea, and Major Lazer during 2016 and 2017. Her song with Iggy Azalea, "Switch," marked the first time Anitta released a song in English, and in 2017, her single "Paradinha," which is sung in Spanish, gained her an audience in Mexico and Portugal.

Her latest album boasts collaborations with even more notable artists, including "Banana" with Becky G, "Onda Diferente" with Snoop Dogg, and "Get to Know Me" with Alesso. From pop, to reggaeton, to R&B, to EDM, Anitta can do it all, and she does it all while looking seriously sexy, too. Check out the gallery for the songs you need to know if you want to consider yourself a true Anitta fan.