An angry mob of white men, marching down a street holding placards emblazoned with messages of hate like, "Go back to where you came from!" while local police guard their assertive troop along a busy street. Angry protesters on either side of the street yell slogans of their own in a futile attempt to counteract the bigotry. Above it all hangs a billboard of a conservative political leader, with promises of a "united, great" nation.

It could be a scenario plucked straight out of 2019 America, but no — this is a brief scene in Gurinder Chadha's new film, Blinded By The Light. "Wait, isn't that the movie about a kid who discovers his love for Bruce Springsteen in the '80s?", you might be wondering. And yes, yes, it is. But it simultaneously is so much more.

The film, which debuted on Aug. 16 and is based on the life of writer Sarfraz Manzoor, takes place in 1980s England — a time as seemingly distant and far from today as Springsteen is considered a "vintage" artist of the hipster, cassette-collecting crowd. Yet, so much of the film echoes our present reality. It follows Javed (Viveik Kalra), an angsty British-Pakistani teen with a dual, multicultural identity in a world where nobody understands him. Nobody, until he is introduced to Springsteen, who sings lyrics like, "I ain't a boy; no, I'm a man. And I believe in a promised land."

Suddenly, it all makes sense. Suddenly, someone has put Javed's feelings into actual words. Suddenly, he finds himself a big fan of denim jackets, plaid shirts, and voluminous, poofy hair in the middle of Margaret Thatcher's austere Britain.

Related:
The Sweet and Funny True Story That Inspired Blinded by the Light

Director Gurinder Chadha, through her films, has always navigated the South Asian immigrant experience in Britain unlike any other storyteller. I vividly remember the cultural whirlwind she caused with Bend It Like Beckham and Bride and Prejudice — a stereotype-defying brown, female football player, and a woke Indian bride that stands up to your quintessential (largely clueless) white dude? Um, yes, please. Chadha is a master of fleshing out emotion onscreen, allowing both her stories and characters to be vulnerable, painstakingly real, and ultimately wholesome. Blinded By The Light is another layered, honest entry into her oeuvre, one that also happens to be a nuanced representation of the desperately invisible immigrant.

In a world where the degree of melanin in your skin may directly correlate to your acceptance and success in Western society, the South Asian immigrant family often wants to go desperately unseen and unheard to "stay out of trouble." You're taught by life and society to fall in line, not question authority, lower your head, and work to the best of your ability while keeping your cultural identity close, yet not overtly obvious. Chadha hits the nail of this message on the head, evoking experiences that are often complicated, inexplicable, and rarely represented in the media.

Yet, there still lingers a need to break away, defy norms, and grow into your own experiences.

It is a complex relationship, this identity, especially for someone like Javed, who believes he will never really be completely Pakistani, nor entirely British. He is left suspended in between the two identities, asking questions that are often answered for him in Springsteen's melodies. This is the reality of so many young teens of South Asian descent — you are aware and appreciative of being built on the back of your family's sacrifice. Yet, there still lingers a need to break away, defy norms, and grow into your own experiences; there is a sense of individualism in a collectivistic household.

This theme is expressed onscreen best by Javed's passion for writing. Like Springsteen, he wants to give his identity a voice, a narrative. Amid the rising racial tensions in 1980s Britain, an act of religious violence causes a pig's head to dangle from the minaret of Javed's family's local mosque. Haram in Islam, Javed takes to his mighty pen and writes a piece for his local newspaper, The Herald, where he is an intern, against his family's wishes. Despite their opposition to such a public piece, he wants to represent his community, bring attention to what he believes to be an injustice.

When his article makes it to the front page, instead of beaming with joy, his father laments that he has brought shame to the family. His parents, immigrants themselves, don't want to bring more attention to their already tarnished, racialized identity. There is shame, instead of the pride that Javed longs for. Between the two generations, there is cultural and cognitive dissonance. 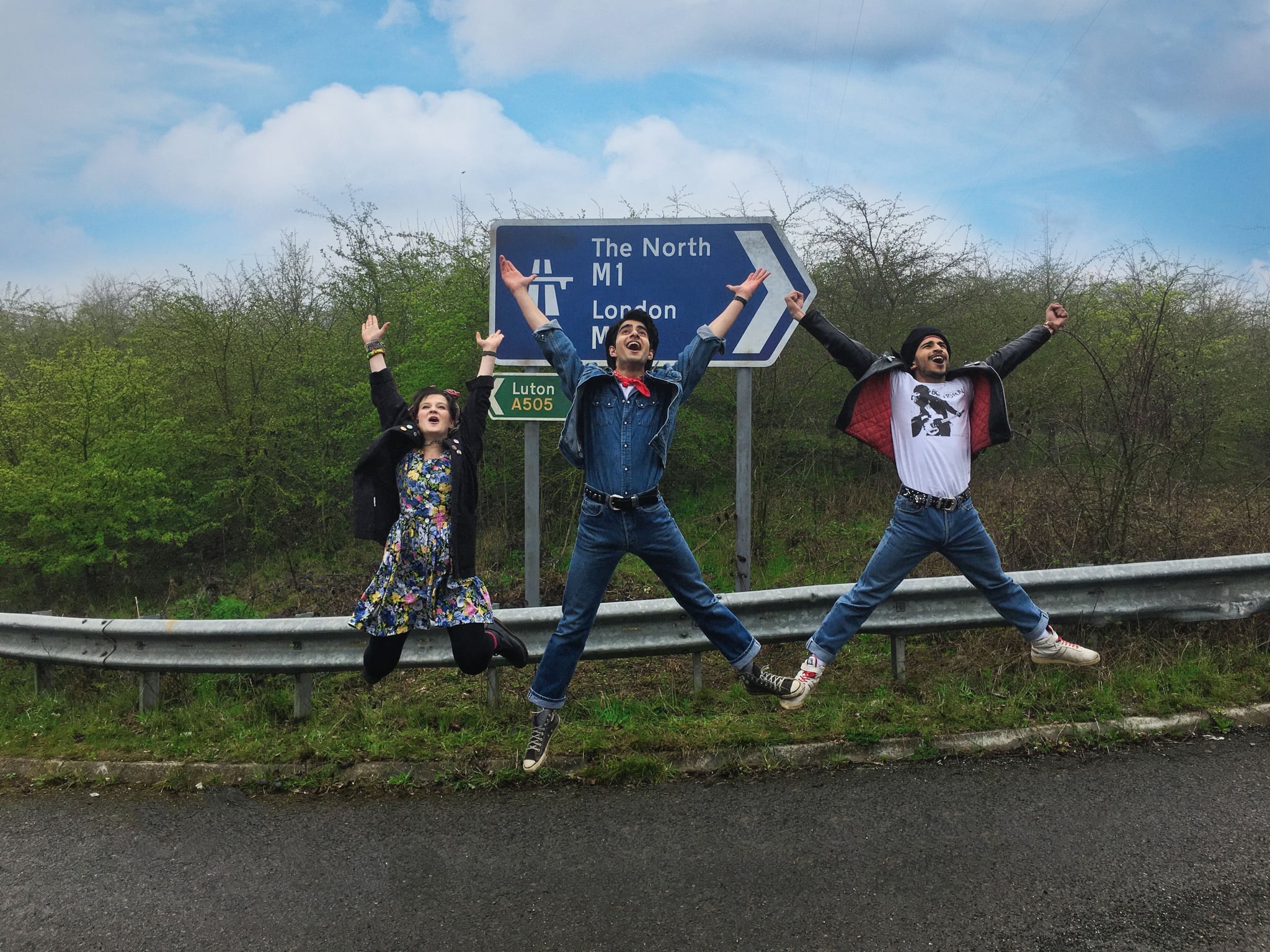 The push and pull between the two cultures Javed identifies with presents itself again during an exchange about his love life. "He's never had a girlfriend before", his best friend, Matt (Dean-Charles Chapman), tells his new arm candy, as their characters are introduced in the first act. "Is it against your religion?" she asks, with an air of utmost innocence and sincerity. This isn't unlike the experiences that my friends and I have had in the West. "Are you allowed to talk to boys?", "Are your parents okay with you having a boyfriend?", are questions I am repeatedly asked. Oh, and before the question arises — my English is "so good" because India was colonized for somewhere around 200 years by Britain, and no, I did not learn the language solely to come to the United States.

Blinded By The Light navigates all of these narratives honestly, causing me, a 24-year-old Indian girl to laugh, cry, and just completely get it. Though the film takes place in a different time and represents an arguably different culture, here I was, feeling very much seen and heard in the audience. The perils of being an immigrant in a powerful Western country are not very different in today's America than they were in 1980s Britain. Or even in today's Brexit Britain.

If you can't already tell, the movie hit a nerve and struck a chord. As I walked out of the theatre, Blinded By The Light left me asking myself one question again and again: It might seem like we've come a long way, culturally, since the 1980s . . . but, have we? Really?

Blinded By The Light is now playing in theatres.