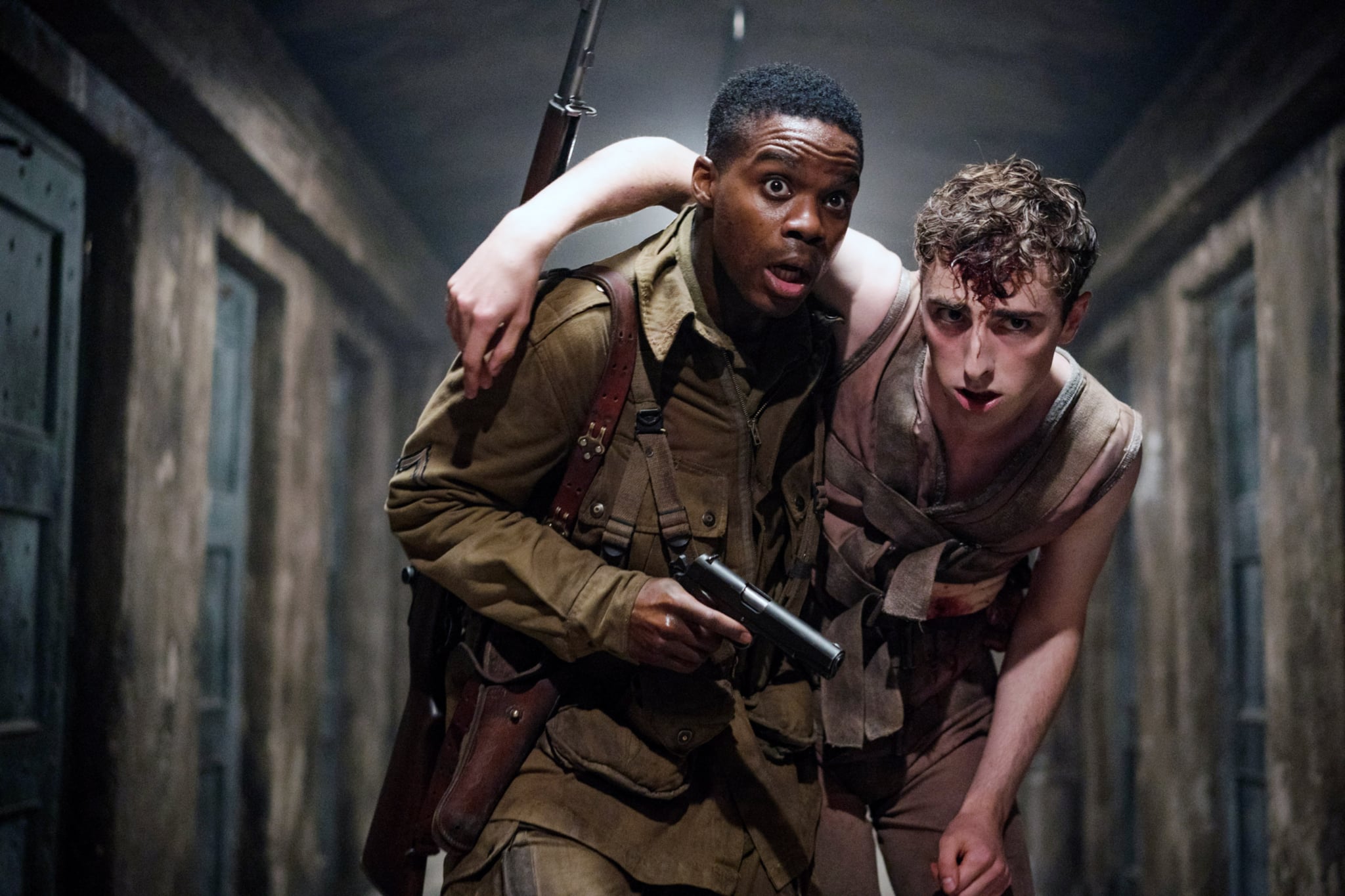 If you couldn't tell from the gory, truly insane trailer, Overlord is a f*cking blast. The film follows a group of World War II soldiers who find out during a mission in Nazi-occupied France that the Germans are engageing in some seriously gruesome experiments, some of them supernatural. So you can probably assume that there's plenty of blood and bone snapping throughout. What you might be wondering, however, is if the horror thriller has a postcredits scene, which is what we can help you out with.

The answer is: no, it does not. Don't sit and wait through those lengthy credits, unless you're into that sort of thing or you appreciate Nas, who has a killer song on the soundtrack that plays at the end of the film. In fact, the lack of postcredits scene for this film is actually pretty surprising, given the somewhat open-ended way things wrap up. Although the heroes are able to complete the mission — well, most of them — it sure does seem like the final scene is hinting at a potential sequel.

But alas, it seems we'll just have to wait and see how Overlord does at the box office to find out if Boyce, Tibbet, Chloe, and the rest of the gang will fight evil once again.