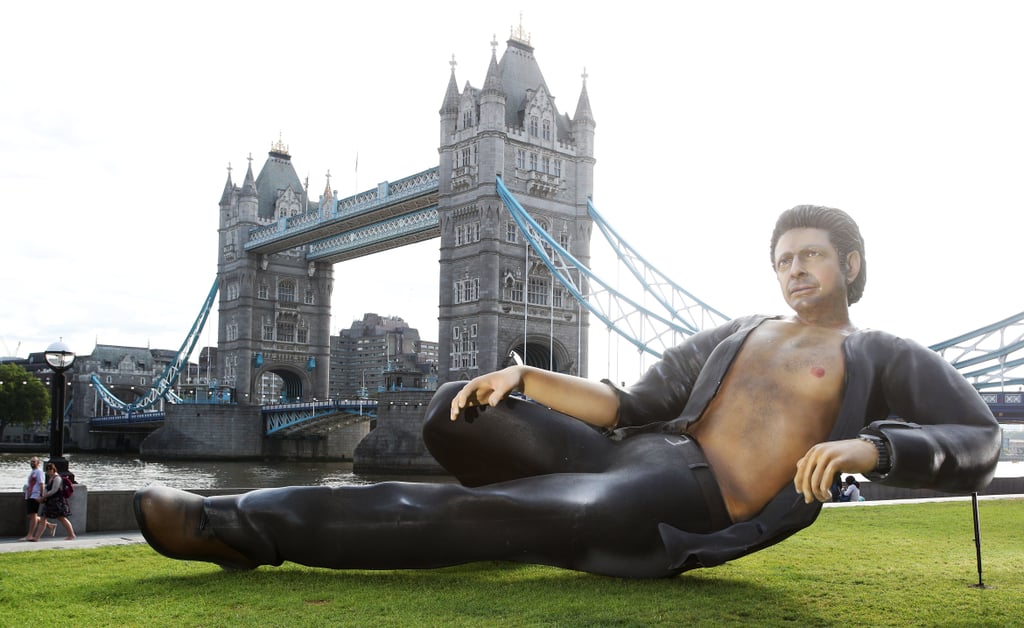 We feel the need to alert you that there is a Jurassic-size sculpture of Jeff Goldblum leisurely reclining in London's Potters Field — and damn, it's a vision. To celebrate the 25th anniversary of Jurassic Park, NOW TV saw it appropriate to erect a 25-foot sculpture of the actor and his bare torso next to Tower Bridge on Wednesday, without a public service announcement (pretty irresponsible, IMO). But we'll let them off on the grounds that they've served us eye candy standing at over three meters high, almost seven meters long, taking a worthy six weeks to create.

Paying tribute to his iconic character in the 1993 Steven Spielberg film, Dr. Ian Malcolm, the sculpture embodies the sultry post-T-Rex attack charm only Goldblum could portray. Read on to see giant Jeff from every angle (and boy, can he work his angles).

Related:
For When Times Are Tough, Here Are 22 Pictures of Jeff Goldblum in a Leather Jacket
Previous Next Start Slideshow
Jurassic ParkMoviesEye CandyJeff Goldblum
Around The Web