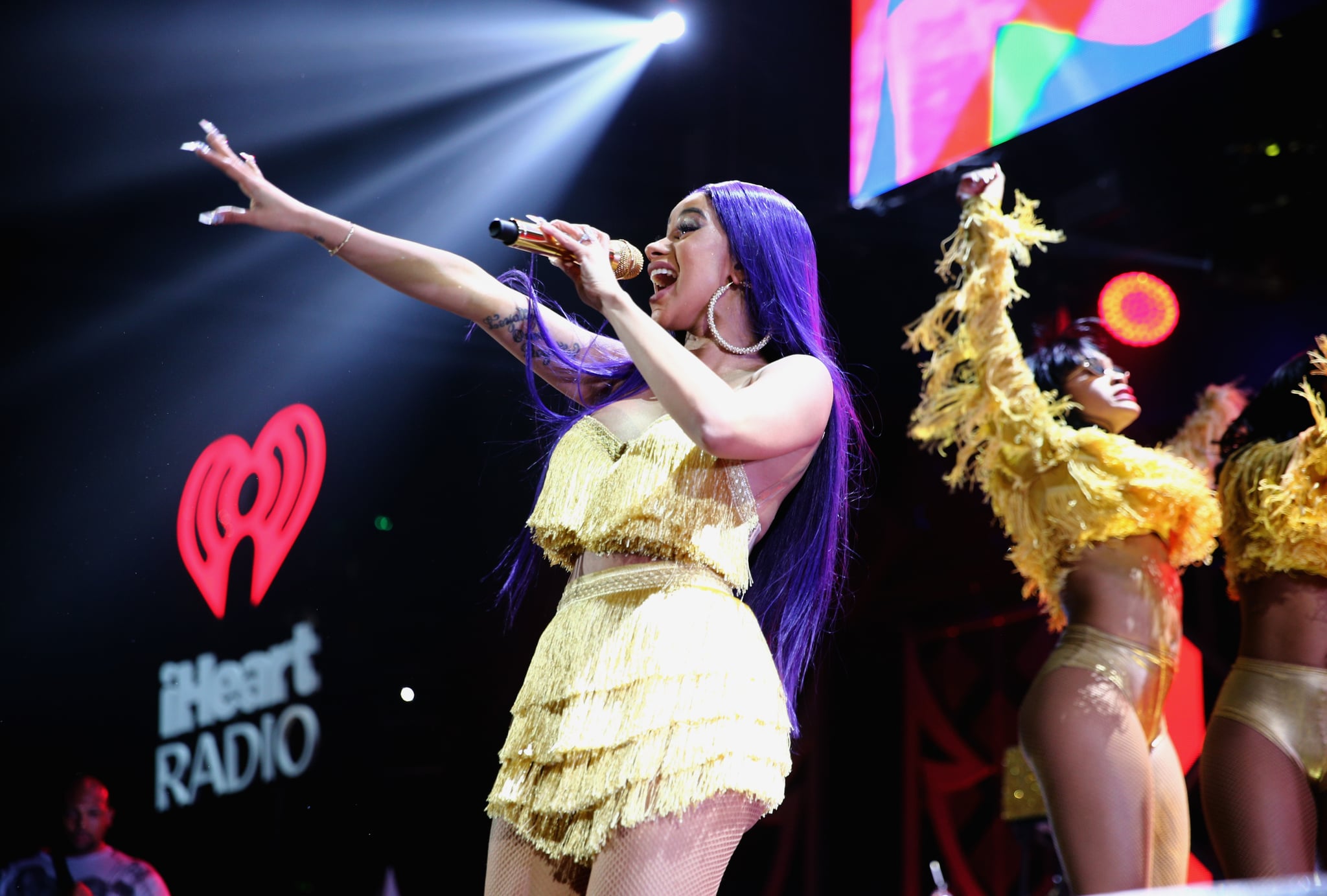 Get pumped, because the 2019 Grammy Awards are coming up! After last year's big wins for Bruno Mars and Kendrick Lamar (as well as a posthumous win for Carrie Fisher), this year's batch of hopefuls is sure to make for an amazing show. And since the number of nominees in the popular categories has been increased from five to eight, there are even more nominees to root for than usual! Get excited — the Grammys will air on Feb. 10.

ALBUM OF THE YEAR
Invasion of Privacy by Cardi B
Scorpion by Drake
H.E.R by H.E.R
Dirty Computer by Janelle Monae
Beerbongs & Bentleys by Post Malone
By the Way, I Forgive You by Brandi Carlile
Golden Hour by Kacey Musgraves
Black Panther: The Album feat. Kendrick Lamar

RECORD OF THE YEAR
"I Like It" by Cardi B feat. Bad Bunny and J. Balvin
"The Joke" by Brandi Carlile
"This Is America" by Childish Gambino
"God's Plan" by Drake
"Shallow" by Lady Gaga and Bradley Cooper
"All the Stars" by Kendrick Lamar and SZA
"Rockstar" by Post Malone feat. 21 Savage
"The Middle" by ZEDD, Maren Morris, and GREY

SONG OF THE YEAR
"All the Stars" by Kendrick Lamar and SZA
"Boo'd Up" by Ella Mai
"God's Plan" by Drake
"In My Blood" by Shawn Mendes
"The Joke" by Brandi Carlile
"The Middle" by ZEDD, Maren Morris, and GREY
"Shallow" by Lady Gaga and Bradley Cooper
"This Is America" by Childish Gambino

BEST POP PERFORMANCE
"Colours" by Beck
"Havana (Live)" by Camila Cabello
"God Is a Woman" by Ariana Grande
"Joanne (Where Do You Think You're Goin'?)" by Lady Gaga
"Better Now" by Post Malone

BEST AMERICANA ALBUM
By The Way, I Forgive You by Brandi Carlile
Things Have Changed by Bettye LaVette
The Tree of Forgiveness by John Prine
The Lonely, The Lonesome & The Gone by Lee Ann Womack
One Drop of Truth by The Wood Brothers

BEST SONG WRITTEN FOR VISUAL MEDIA
"All the Stars," Black Panther
"Mystery of Love," Call Me By Your Name
"Remember Me," Coco
"Shallow," A Star Is Born
"This Is Me," The Greatest Showman

BEST TRADITIONAL R&B PERFORMANCE
"Bet Ain't Worth the Hand" by Leon Bridges
"Don'T Fall Apart on Me Tonight" by Bettye LaVette
"Honest" by MAJOR.
"How Deep Is Your Love" by PJ Morton feat. Yebba
"Made For Love" by Charlie Wilson feat. Lalah Hathaway

BEST R&B SONG
"Boo'd Up" by Ella Mai
"Come Through and Chill" by Miguel feat. J. Cole and Salaam Remi
"Feels Like Summer" by Childish Gambino
"Focus" by H.E.R.
"Long As I Live" by Toni Braxton

BEST RAP/SUNG PERFORMANCE
"Like I Do" by Christina Aguilera feat. Goldlink
"Pretty Little Fears" by 6lack feat. J. Cole
"This Is America" by Childish Gambino
"All the Stars" by Kendrick Lamar & SZA
"Rockstar" by Post Malone feat. 21 Savage

BEST LARGE JAZZ ENSEMBLE ALBUM
All About That Basie by The Count Basie Orchestra Directed by Scotty Barnhart
American Dreamers: Voices of Hope, Music of Freedom by John Daversa Big Band feat. DACA Artists
Presence by Orrin Evans and the Captain Black Big Band
All Can Work by John Hollenbeck Large Ensemble
Barefoot Dances and Other Visions by Jim McNeely and the Frankfurt Radio Big Band

Anderson .Paak
Bruno Mars and Anderson .Paak Drop Their First Song as Silk Sonic, and It's Smooth Like Butter
by Monica Sisavat 2 hours ago