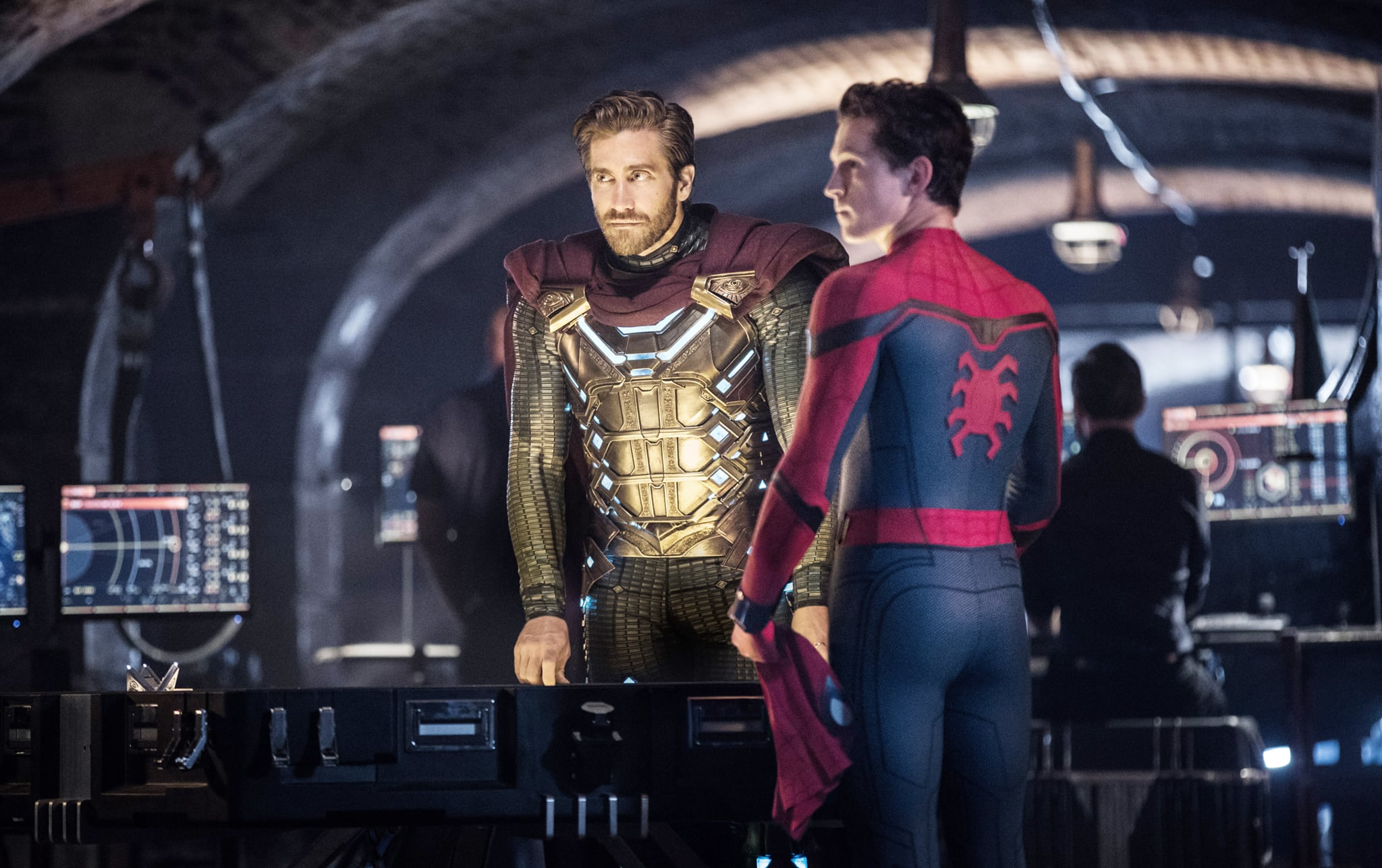 Warning: Spoilers ahead for Spider-Man: Far From Home!

Spider-Man: Far From Home opens the door to an exciting new aspect of the Marvel Cinematic Universe — one hinted about in the film's predecessor, Avengers: Endgame — we're talking about the potential for a live-action multiverse. This term may already be familiar to fans of last year's Oscar-winning animated feature Spider-Man: Into the Spider-Verse, where several Peter Parkers mingle across alternate timelines. Yet, the idea reveals itself in the latest Spider-Man film through former S.H.I.E.L.D. agent Nick Fury, who explains that Mysterio, aka Quentin Beck, is from an alternate version of reality: "Beck is from Earth, just not yours. The snap tore a hole in our dimension." Mysterio then offers he's from Earth-833, an offshoot of Spider-Man's own Earth-616, prompting Parker to ask, "Are you saying there's a multiverse?"

That's right, Spidey. Despite what the film eventually shows us about Beck's existence as Mysterio and Fury's overall reliability, director Jon Watts admitted to Fandango in a May 2019 interview that the MCU's live-action multiverse is real.

What Is a Multiverse?

The multiverse concept is not new and has existed in the comic-book realm for decades. We've also seen glimpses throughout the MCU in films like Thor: The Dark World, where we can see "616 Universe" scribbled among Professor Erik Selvig's notes on the blackboard early in the film. We also learn about alternate dimensions such as the Quantum Realm in Ant-Man and the Dark Dimension in Dr. Strange. In the latter film, the Ancient One attempts to illustrate the complexities of our different dimensions, saying: "This universe is only one of an infinite number. Worlds without end. Some benevolent and life-giving. Others filled with malice and hunger. Dark places, where powers older than time lie . . . ravenous . . . and waiting. Who are you in this vast multiverse, Mr. Strange?"

Of course, that movie is about sorcerers with the ability to enter and explore alternate dimensions within our own reality. In contrast, a multiverse opens the door to several realities, each containing its own dimensions. How's that for a head-scratcher?

To put it all in perspective, the basic theory behind the term "multiverse" states that each universe has a distinct reality with its own key timeline, but there are also alternate timelines that diverge from the main timeline without directly affecting that key source material. All of the timelines collectively equal "the multiverse."

In terms of the MCU, a multiverse provides a way for writers to tell alternate stories without dismantling or discarding what came before. We get a hint of this in Avengers: Endgame, where the time-travel element leads to events that have the potential to become alternate timelines like Loki taking possession of the Space Stone in New York and the past version of Gamora remaining in the future. Essentially, the existence of a multiverse gives Marvel Studios a clever way to create new franchises or reboot old ones within the MCU. The studio could resurrect dead characters or provide alternate versions of classic heroes with different powers and personalities. Other characters can team up with themselves from another Earth as with Spider-Man: Into the Spider-Verse and as alluded to in Spider-Man: Far From Home as Mysterio's purported home version of Earth-833 is the timeline containing Spiderman UK in the comics. Basically, the possibilities for future films have expanded beyond anything we've seen before.

What Does This Mean For the MCU?

Although Spider-Man: Far From Home is the last Marvel feature set for release in 2019 and marks the end of Marvel's third phase of superhero films, there are several films, including Black Widow and Black Panther, on the horizon. In discussing the future of the MCU back in 2017, Disney CEO Bob Iger told Vanity Fair: "Now we're looking for worlds that are completely separate from the worlds we've already visited. They can be separate geographically, or separate in time — not just in place but in time. So there's almost, it's not quite infinite, but the directions we could go are extraordinary." In other words, this is just the beginning of the mind-bending realities for Peter Parker as we move into phase four of the MCU.

Marvel could be setting up the multiverse as a way to reconcile the multilayered existence of the Avengers, the X-Men, and the Fantastic Four, following the Disney-Fox deal with Marvel Studios. Such a concept would allow for an MCU where each team could have their own series of timelines and would help explain why the groups never run into each other during their turns at saving the Earth, while at the same time giving the company flexibility to bring them all together should casting, capital, and public demand make such a move possible. While this level of interwoven storytelling hasn't really taken place in live action, the concept has the potential to raise the emotional stakes — a necessary evil in the wake of a showstopping supervillain like Thanos — as Marvel moves forward with its next stage of development.

Regardless of how the studio chooses to further unveil this new development, we're excited about the potential and look forward to the adventures to come.

Shoppable
The 7 Most Stylish PJ Movie Moments, According to Me and My Sleepy Self
by Sarah Wasilak 1 day ago 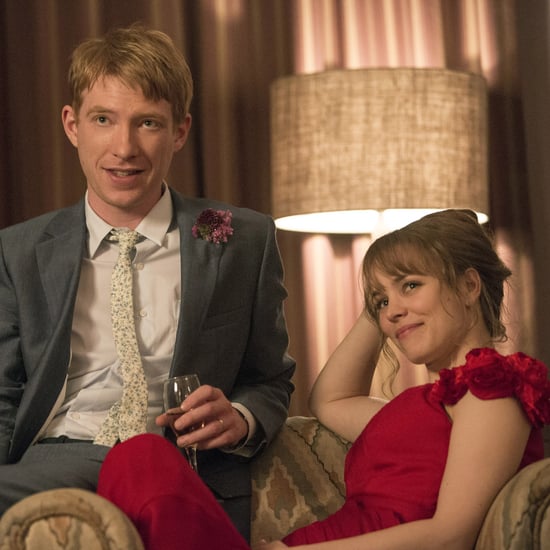 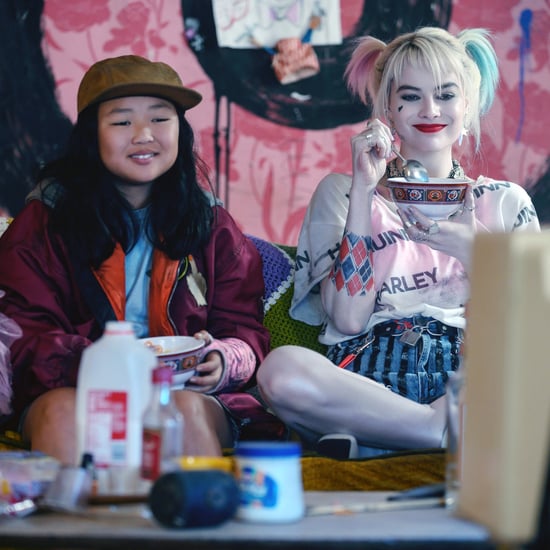