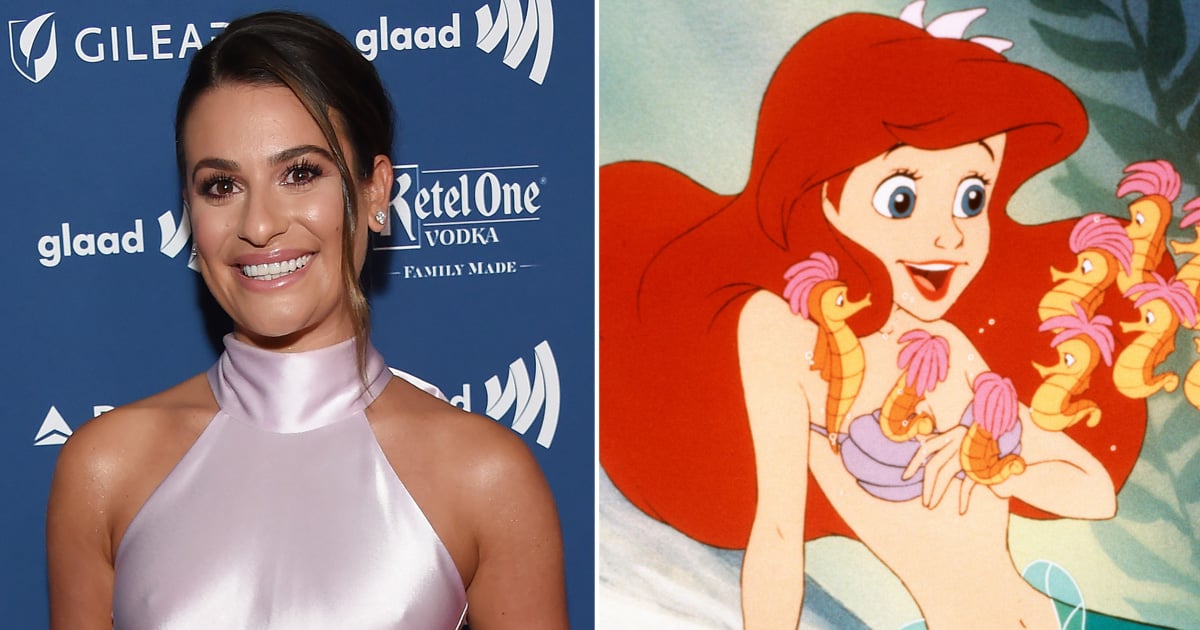 Lea Michele will be diving deep into the ocean this Summer when she helps bring Disney's The Little Mermaid to a live audience. The 32-year-old singer and former Glee star is set to play Ariel alongside Harvey Fierstein, Cheech Marin, and Peter Gallagher at the Hollywood Bowl in LA. According to Broadway World, Michele will swim to the stage for two performances on May 17 and 18 in celebration of the film's 30th anniversary.

The venue will also be transformed into a fish bowl-like environment to emulate the underwater feel and create an immersive experience for audience members. Attendees can also look forward to singing along to classic hits such as "Under the Sea," "Kiss the Girl," and "Poor Unfortunate Souls." Oh, and of course, Michele is going to grace everyone with her rendition of "Part of Your World," so bring tissues!

It's been an exciting time for Michele, who recently got married to AYR clothing president Zandy Reich. After their wedding, the two went on a romantic tropical honeymoon before making their first public outing as a married couple at the GLAAD Media Awards earlier this week. Considering how in love the newlyweds seem to be, we're guessing Reich will find a way to support his wife come opening night!