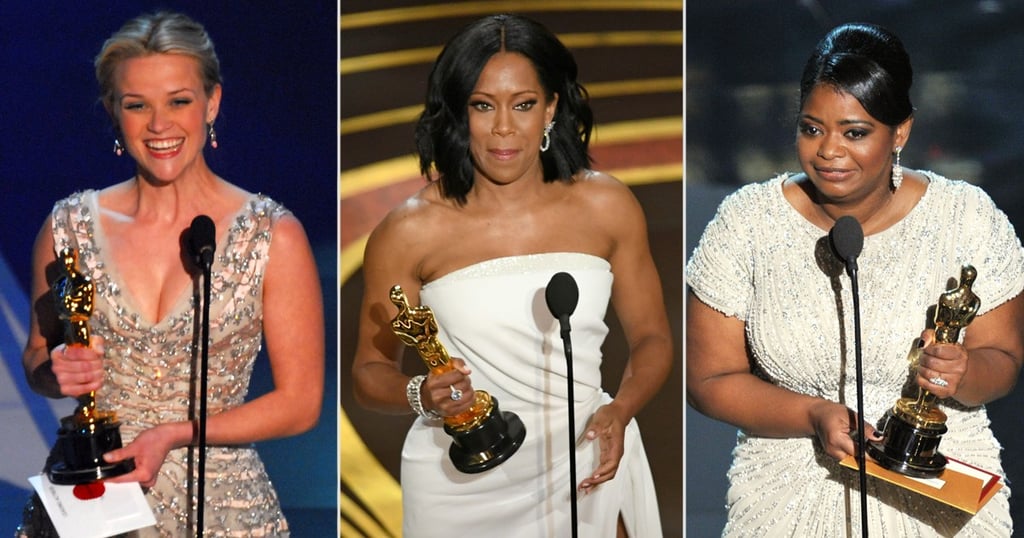 These Legally Blonde 2 Actors Have All Won an Oscar, So Clearly There's Order in the Court

We already knew that 2003's Legally Blonde 2: Red, White & Blonde had an all-star cast. So it should come as no surprise that some of the film's breakout stars have gone on to accomplish great things — including winning an Oscar. On Sunday night, Regina King — who played congressional staffer Grace Rossiter in the movie — took home the Academy Award for outstanding actress in a supporting role for her part in If Beale Street Could Talk. Not only does is it King's first Oscar win, but it also signifies a pretty funny trend that Netflix noticed and called out on Twitter: the stars of Legally Blonde 2 are racking up those special golden trophies.

It's actually an interesting theory. So allow us to present the evidence, and you be the judge. In 2006, Reese Witherspoon — who played the iconic Elle Woods — won best actress for Walk the Line and snagged the same award nine years later for Wild. Octavia Spencer made a hilarious appearance as a security guard alongside Witherspoon, and what happened? She ended up nabbing three Oscars in the span of five years — all for best supporting actress.

But that's not all. Sally Field — who portrayed Congresswoman Rudd in Legally Blonde 2 — also won the big award in 2013 for best supporting actress as a nod to her role in Lincoln. OK, granted, Field won two Oscars in 1980 and 1985 before she played Rudd, but still . . . we refuse to believe this is all serendipity. There's something to this!

We now rest our case. Look on to see which Legally Blonde 2: Red, White & Blonde costars have earned Academy awards over the years!