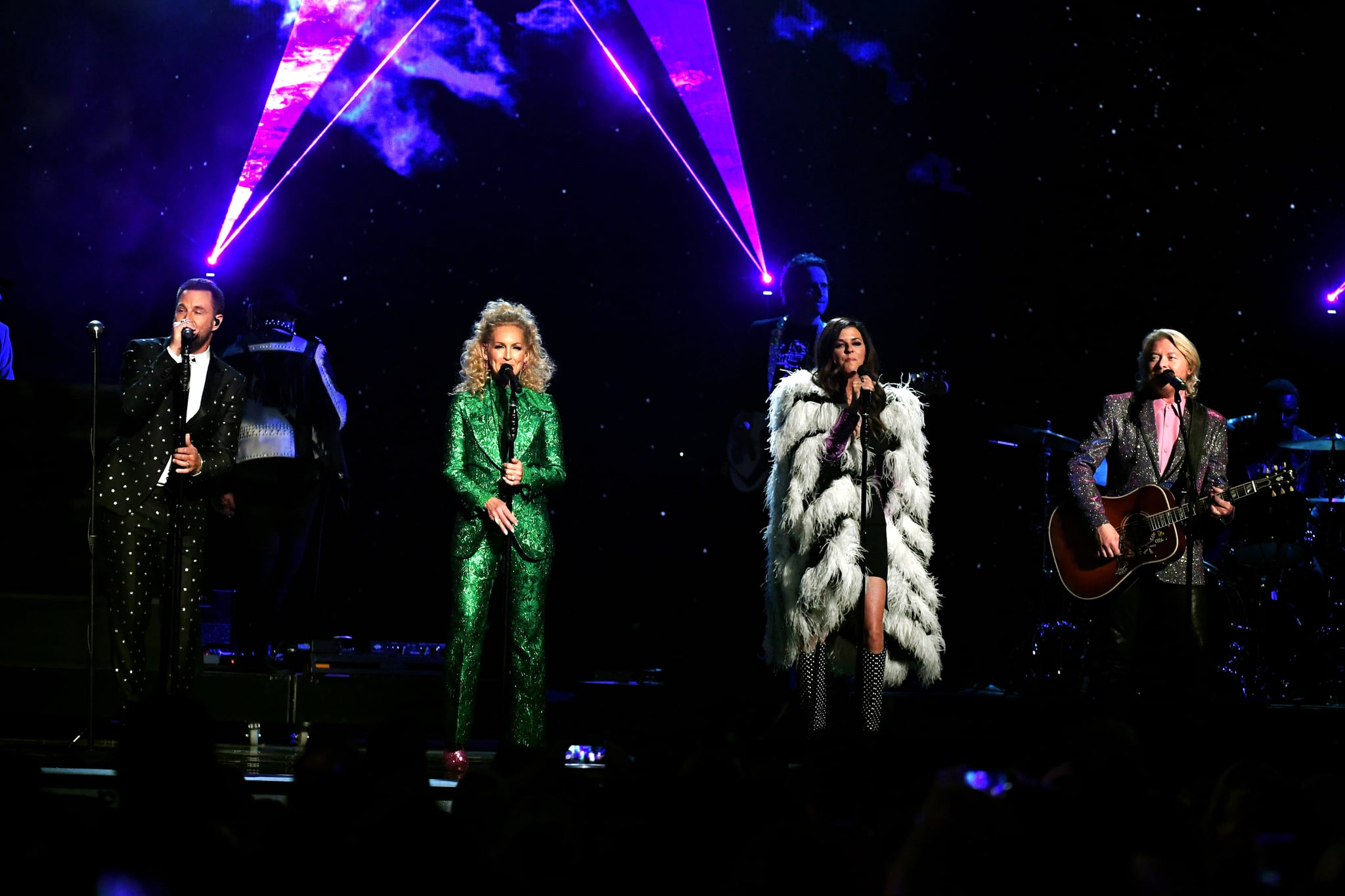 We'd never expect to hear an Elton John cover at the ACM Awards — or see so many sparkly suits, for that matter — but here we are. At the star-studded award show on April 15 in Las Vegas, Little Big Town hit the stage to cover Elton John's "Rocket Man." The group's four members — Karen Fairchild, Kimberly Schlapman, Jimi Westbrook, and Phillip Sweet — all wore extravagant ensembles as a nod to the iconic singer who recently announced his retirement from touring. In fact, Little Big Town also covered the song for country music's collaborative album honouring Elton John and Bernie Taupin, titled Restoration. Watch the sonically pleasing and perfectly over-the-top performance below.

Netflix
Meet Joo Won Shin, the Korean Singer Behind Squid Game’s Haunting "Fly Me to the Moon" Cover
by Victoria Messina 1 week ago