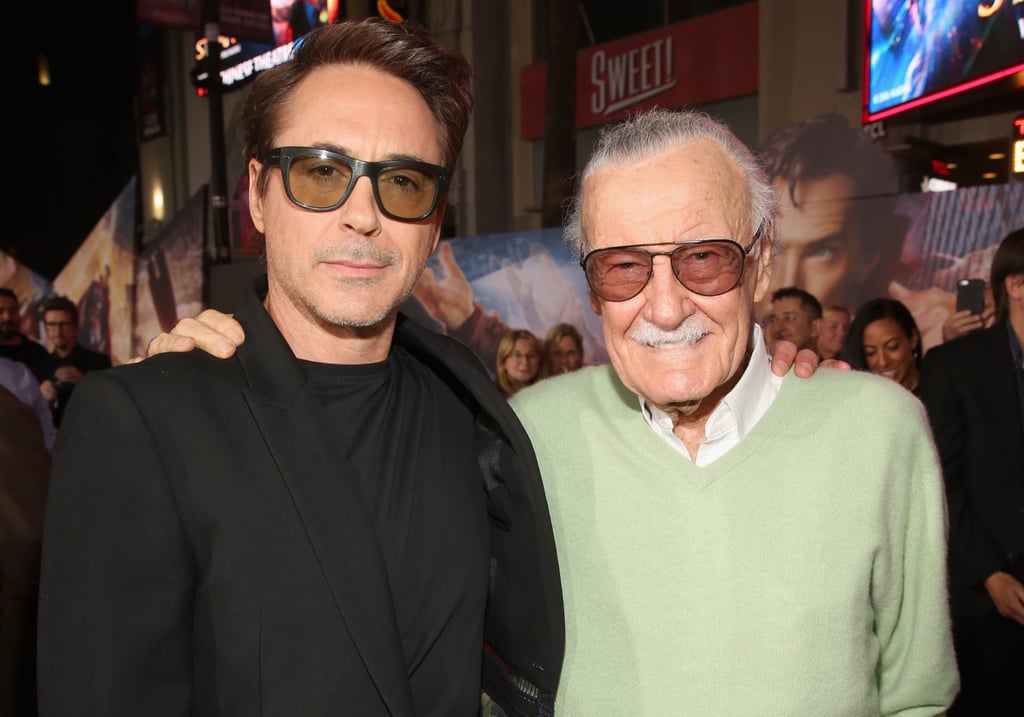 This week, we lost the legendary Stan Lee, arguably one of the most important voices in the comic book world and the cinematic universe that's grown therefrom. In the wake of the news, some of the Marvel Cinematic Universe's biggest names have already begun to share their sympathies, sadness, well-wishes, and words of love. Lee has had a cameo in nearly every Marvel movie, so his legacy is not just that he was able to build a world for all these stars to exist in, but that he likely touched each of them in small but meaningful ways. Read through to see who has spoken up so far, including Robert Downey Jr., Chris Evans, and the Russo Brothers, who directed the final two Avengers films.