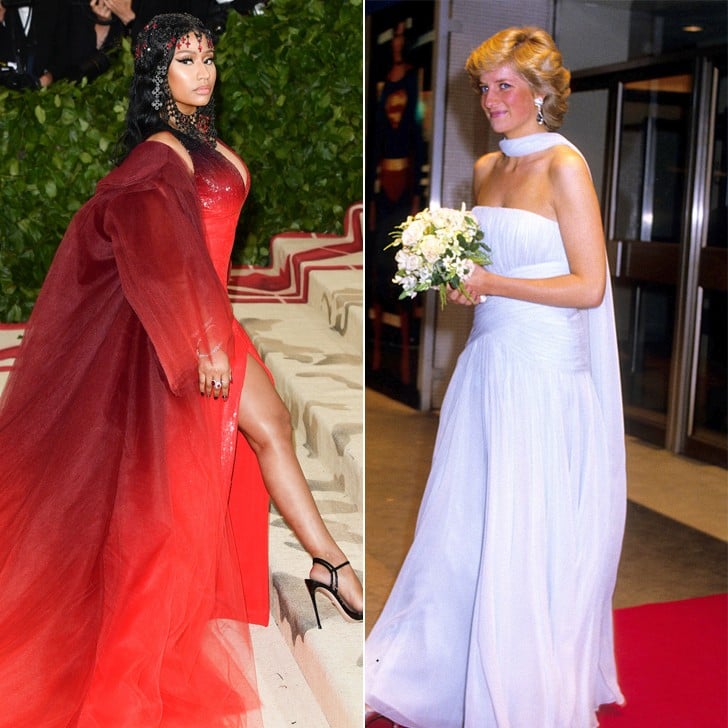 Nicki Minaj is set to release her fourth studio album, Queen, on Aug. 10, and now we know one of the inspirations behind the forthcoming LP. On Thursday, the "Barbie Tingz" rapper uploaded a clip of Princess Diana's interview with BBC's Martin Bashir from 1995, writing, "God bless this woman's legacy & every woman who's ever felt like this."

In the video, the late Princess of Wales speaks about not being accepted by the British royal family. "They see me as a threat of some kind," Prince William and Prince Harry's mother tells the reporter. "I am here to do good. I am not a destructive person . . . Every strong woman in history had to walk down a similar path. It's the strength that causes the confusion and fear. Why is she strong? Where did she get it from? Where is she taking it? Where is she going to use it? Why do the public still support her?"

Many fans were quick to point out how Minaj's own history of facing backlash for speaking out when wronged and being overlooked by her male counterparts in a male-dominated hip-hop industry could relate to the royal's message. "The video that @NICKIMINAJ posted of the late Princess Diana is so true and sad. Society always tries to label strong women as villains when they speak out and be who they are," one user wrote. "You are the voice for women all around the world babe who are afraid to speak up!!!! This message is beyond powerful 🙏🏽💕," another person added.

The 35-year-old rapper, who is currently offering to pay her fans' tuition for the second year in a row, definitely struck a chord on social media. Keep reading to see more reactions to Minaj's tweet about Lady Di.