It's 2003 and Tony Blair is fighting for British involvement in the Iraq war that is deeply unpopular across the world. This is the setting for Official Secrets, the upcoming political drama telling the "untold true story" of Katharine Gun, a translator for a British intelligence agency. The Keira Knightley-led thriller follows Gun as she grows ever-more frustrated with Blair's insistence and the government's use of underhanded methods to fool their people into thinking an invasion is necessary. Taking it upon herself to reveal the truth, Gun leaks top-secret information that exposes the illegal activities used in the US' push for the invasion of Iraq and sets off a dangerous chain of events. With a supporting cast that includes Ralph Fiennes, Matt Smith, Rhys Ifans, and Matthew Goode, this is a film that brings together some serious British talent to tell an important story from recent history. Watch the trailer ahead and look out for Official Secrets in cinemas on Oct. 18. 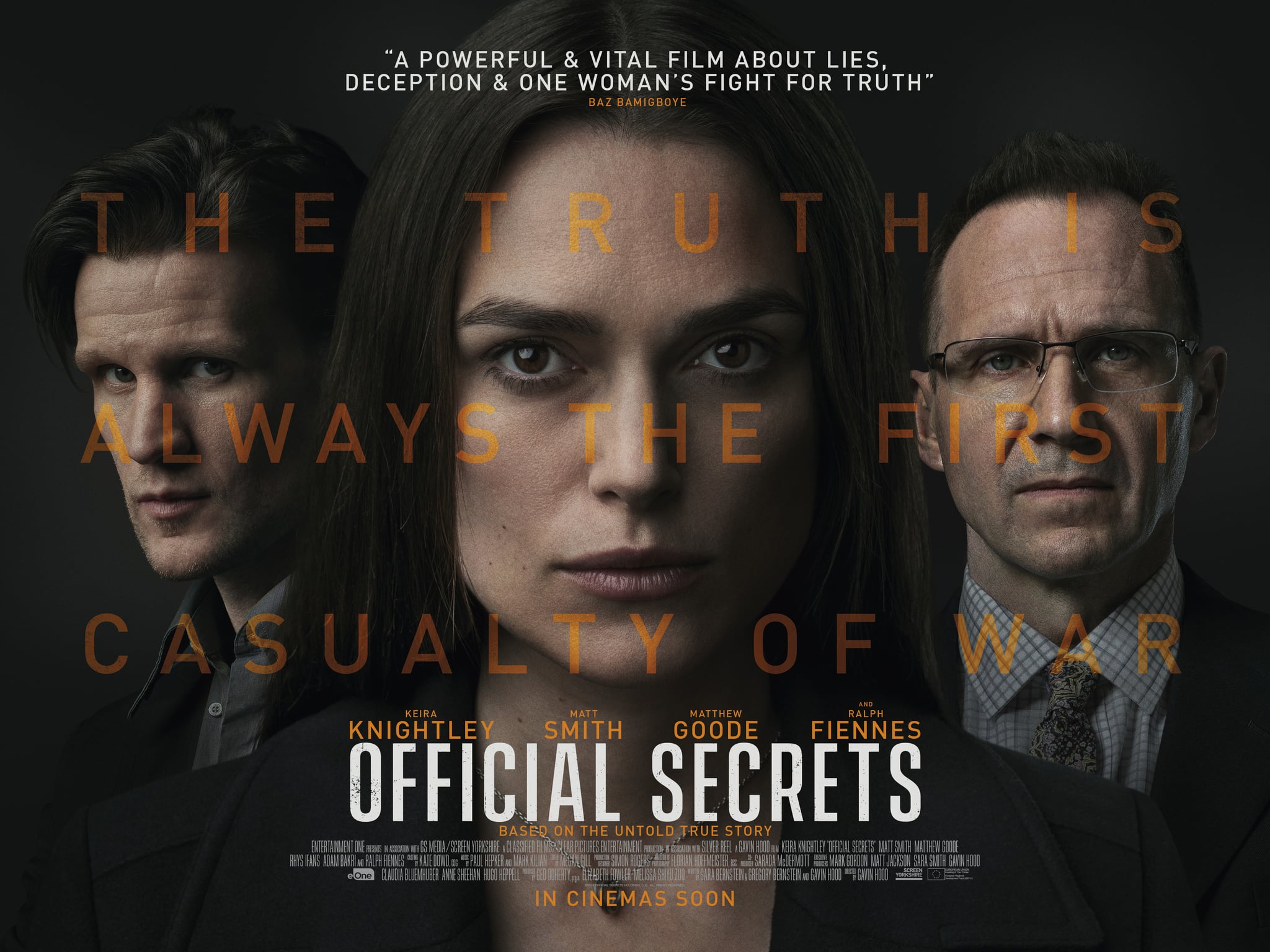