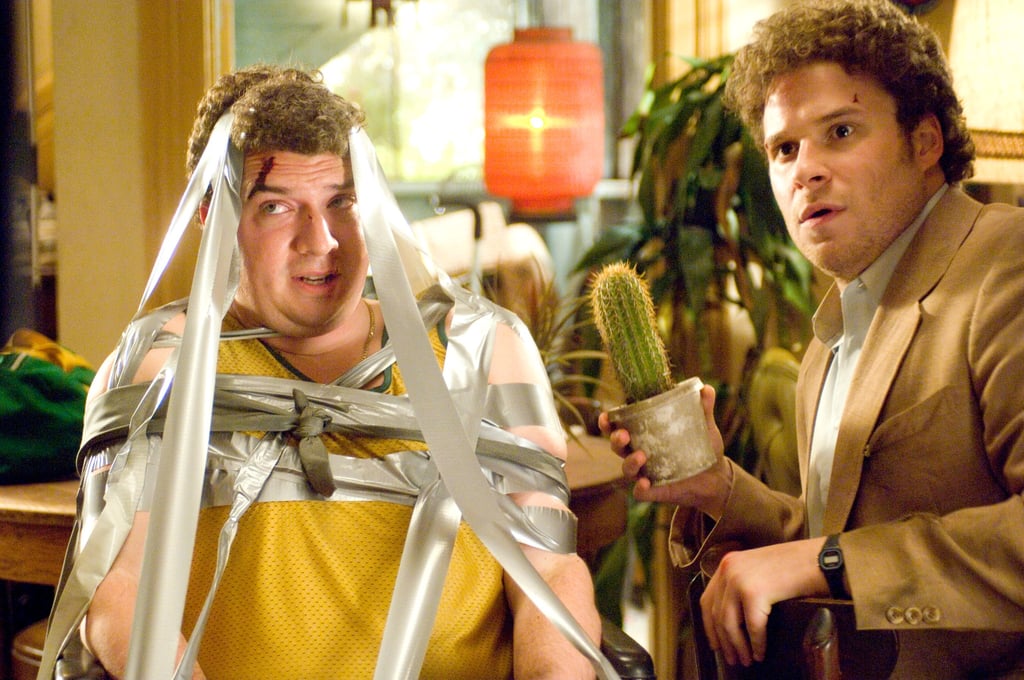 It's been 10 years since Seth Rogen, Judd Apatow, and Evan Goldberg brought us the stoner classic that is Pineapple Express, and honestly, I'm just thankful it hasn't been rebooted by now. The comedy follows a process server (Rogen) and his weed dealer (James Franco) who witness a murder and then go on the run from hitmen and a corrupt police officer. There's really no way to explain the magic that happens when Rogen, Franco, Danny McBride, and the rest of the cast are onscreen — you just have to see to believe.

In celebration of the 10th anniversary, Rogen took to Twitter to share some stories about everything that went on behind the scenes, why McBride's character wouldn't die, and more interesting tidbits. Check out some of the highlights from his Twitter fact drop, and use today as an excuse to enjoy the insanity that is Pineapple Express again.

Previous Next Start Slideshow
NostalgiaMoviesTwitterPineapple ExpressSeth Rogen
Around The Web