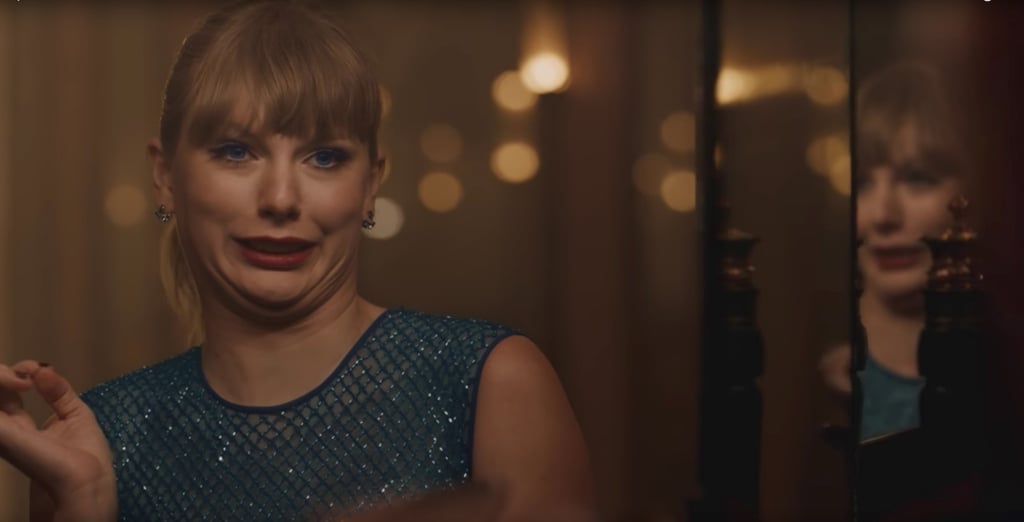 Taylor Swift knows how to get the people talkin', man. The artist just dropped the music video for her song "Delicate," and it's chock-full of hidden references, as per usual. But this time around, it looks like Swift's video has produced a somewhat unexpected offshoot: a sh*t-ton of hilarious memes.

During the video, Swift puts some rather quirky behaviour on display as she makes a series of dorky facial expressions at herself in the mirror and dances around like nobody's watching (see: does a split on the hood of a car and rips her blue fringe dress in half before breakin' it down on top of a hotel check-in desk). As soon as fans caught wind of the video, the reactions started rolling in on Twitter, and they're sure to make you LOL.