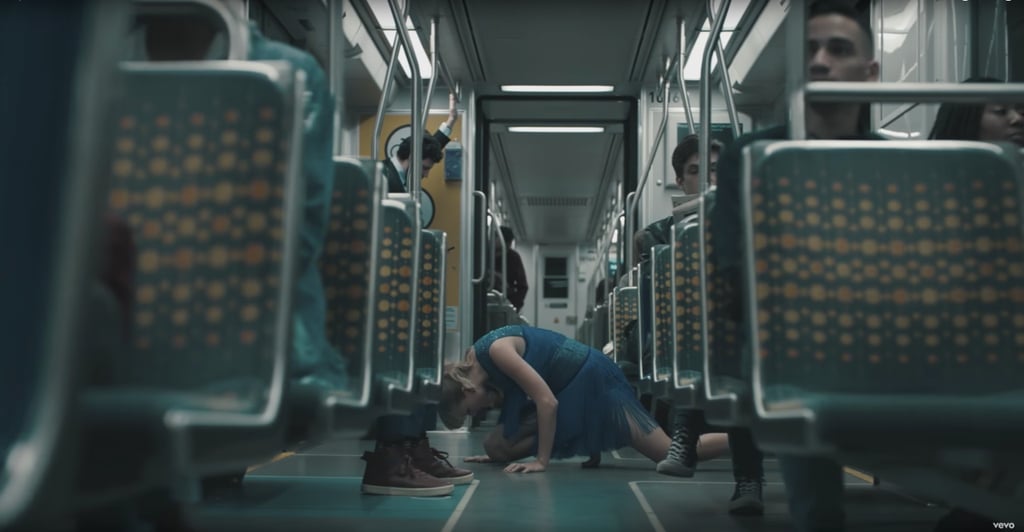 Taylor Swift Danced Barefoot on the Subway, and Now Fans Want to Bathe in Hand Sanitizer

Germophobes, be warned: Taylor Swift's "Delicate" music video features plenty of barefoot moments that will make you cringe, but one in particular is especially hard to watch. After delightedly kicking off her pumps and frolicking barefoot throughout LA, the singer eventually runs into the metro station to continue her dancing spree — then onto a subway car where she drops onto her hands and knees in a fit of dance-fuelled mania. (We warned you!)

Swift certainly isn't the first person to go barefoot on the subway after ditching her heels, nor will she be the last. But watching it unfold is still enough to make an experienced public transit commuter's skin crawl; subway cars are veritable petri dishes of every kind of germ imaginable, which explains why Swift fans had such a visceral reaction to her lack of footwear.

People quickly took to Twitter to express their concern after watching the "Delicate" video, hoping that Swift's team cleaned the subway car top to bottom before she got up close and personal with the typically filthy floor. Check out some of the funniest reactions to the subway scene, then read up on the 10 sneaky references in the video you might've missed!