When a Han Solo spinoff blasts into theatres, there are certain characters everyone hopes will appear. There's Han Solo, obviously, Chewbacca, and even Lando Calrissian. But among all the expected familiar faces and new characters, Solo: A Star Wars Story managed to toss in a pretty crazy cameo. Spoiler alert: Darth Maul briefly returns as a big bad! But wait, it's been a while since the prequel trilogy – who is he again? 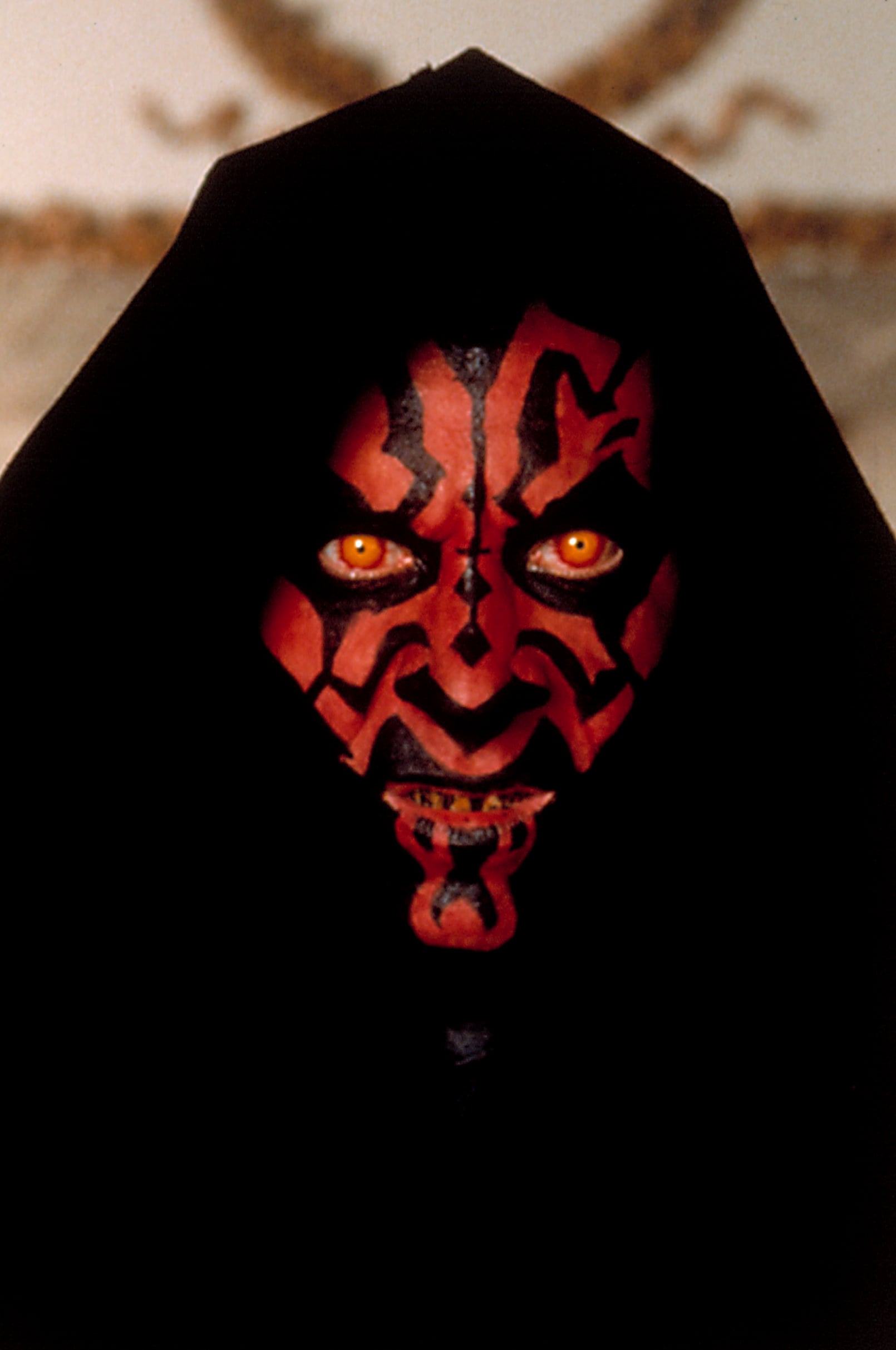 Darth Maul is part of a species called Zabrak from the planet Dathomir. As a child, he became the apprentice of Darth Sidious, a Sith Lord. He makes his film debut in The Phantom Menace, in which Sidious sends him to Tatooine to capture Queen Padmé Amidala. But before he gets near her, Jedi Master Qui-Gon Jinn intercepts and they engage in a desert duel. Oh, and Maul's lightsaber? It's not your average lightsaber because it's double-ended.

Later on, Maul and Qui-Gon have another showdown, this time on Naboo and with Obi-Wan Kenobi in the mix. He sadly kills Qui-Gon, and to avenge his master's death, Obi-Wan savagely cuts Maul in half. It may just be the most memorable thing about Maul, apart from his bold design featuring horns and a red and black face. The scene also seemingly illustrates that he's 100 percent dead since, again, he got cut in half.

However, as explored in the animated series The Clone Wars, Maul actually survives his brutal bisection and gets outfitted with robotic legs. With the help of his brother, he attempts revenge on Obi-Wan. He also starts up a criminal empire, so it's no wonder that Solo sees him as the leader of a different one, called Crimson Dawn. His dialogue in the film suggests that the Star Wars universe may not have seen the last of the crime organisation. If the rumours of more Solo movies are true, we likely haven't seen the last of Maul either!