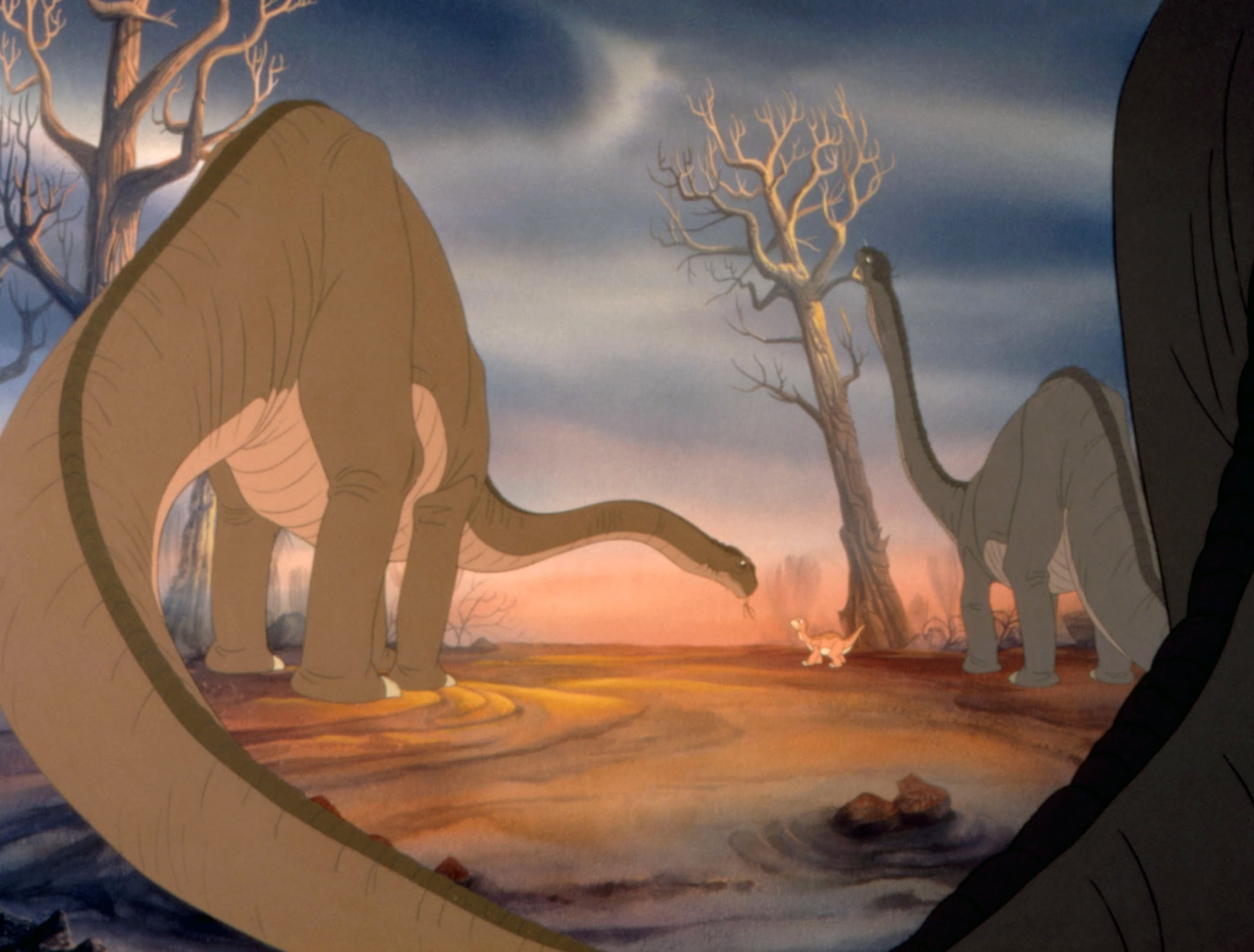 As part of the generation who was borderline traumatized after watching one of the saddest children's movies ever, The Land Before Time, I have to admit I still have a bone to pick some 30 years later. In fact, I'd venture to say that I am rip-roaring pissed about dinosaur movies in general. And why is that? Because Hollywood keeps handing out death sentences to all the herbivores, that's why.

Let's start with one of the most memorable murders in the history of dinosaur flicks: when Littlefoot's mother, Mama Longneck, gets completely murked by Sharptooth — a gigantic, mean carnivore — who kills her during a fight by chomping down on her back in The Land Before Time. So Mama Longneck, an Apatosaurus, who did absolutely nothin' to no one, unjustly lost her life and left Littlefoot to tragically fend for himself for the rest of the movie.

As you can imagine, witnessing this heartbreaking scene as a child really lit a fire in my belly as far as defending giant herbivores is concerned. And much to my chagrin, the death toll didn't stop there.

Enter Jurassic World, the 2015 flick that I bought tickets for in advance. While I loved the suspenseful action scenes and am certainly not one to complain while feasting my eyes upon a particularly chiseled Chris Pratt, my heart nearly jumped out of my chest midway through the flick when I saw who some of the Indominus Rex's first casualties were.

Lo and f*cking behold, half a dozen nearly dead Brachiosauruses — another species of long-necked herbivores who straight up mind their own business and eat leaves — were bleeding out all over the hills of Isla Nublar. And what's worse? We have to watch the characters approach an especially banged up Brachiosaurus and pet him as he fades away.

I completely bawled. In that moment, they had done the herbivores dirty unlike ever before and I, for one, am past the point of forgiveness.

But unfortunately for the gentle giants, the most heartbreaking scene was yet to come in Jurassic World: Fallen Kingdom. I went to an early screening of this movie knowing the long-necked dinos would wind up getting the shaft again. There was nothing that could surprise me — until, that is, I saw the saddest Brachiosaurus death scene of all.

As the human protagonists and a few chosen dinosaurs escape the island of Isla Nublar just before hot lava overruns the island, we are left with the image of a Brachiosaurus full-on wailing and literally begging for its life before the helpless creature is completely gobbled up in flames.

As a grown-ass woman, I completely bawled. In that moment, they had done the herbivores dirty unlike ever before and I, for one, am past the point of forgiveness.

So yes, that was a strike three if I've ever seen one!

The bottom line? Herbivores have gotten the sh*t end of the stick for far too long, and something needs to be done about it. Whether we picket or start a herbivore support group, something has to change for these gentle giants ASAP. Who's with me?