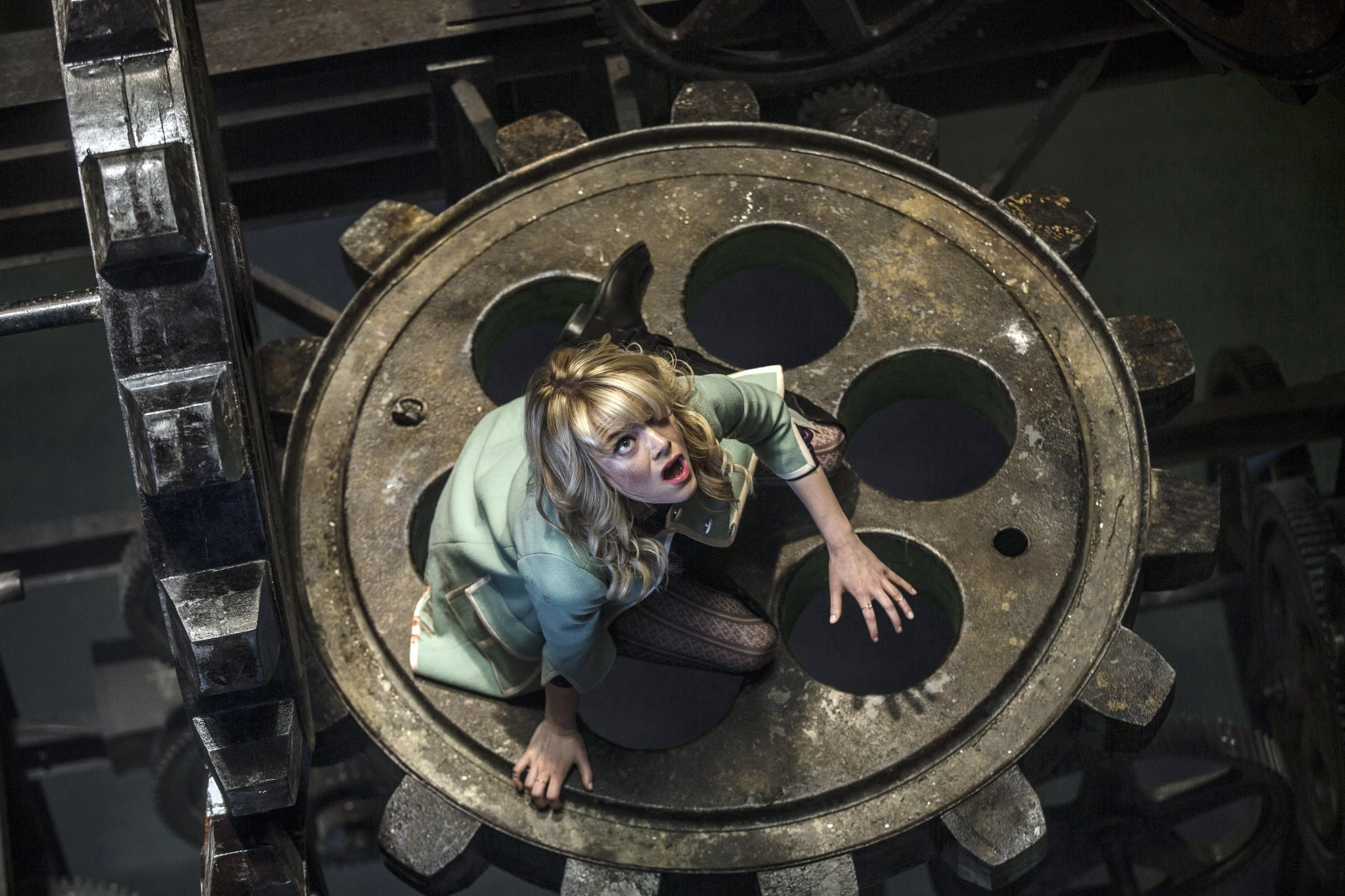 To this day, one of the most shocking scenes out of all the Spider-Man movie franchises is when Gwen Stacy (Emma Stone) dies in The Amazing Spider-Man 2. Before the movie premiered in May 2014, there were rumours the character would meet a tragic fate once set photos of Stone wearing the same outfit Gwen wears in the comics when she dies leaked online. However, since a third and fourth Spider-Man film with Andrew Garfield was already announced (that, sadly, never came to fruition), potentially leaving room for Stone to return as Peter's girlfriend, fans believed the movie wouldn't actually go through with her death. Unfortunately, they were wrong, and now, the film's sad ending is regarded as one of the most tragic, tearjerker moments across all Spider-Man movies.

How Does Gwen Stacy Die in The Amazing Spider-Man 2?

Since Andrew Garfield's Spider-Man makes an appearance in the latest Spider-Man movie, Spider-Man: No Way Home, and makes reference to Gwen's death, viewers unfamiliar with his franchise may be wondering about how that happened. I've got answers for you. Because, while the scene is impeccably executed, it's also a bit ambiguous.

When Spider-Man attempts to take down the Green Goblin (one of Spider-Man's most powerful enemies) at the end of the film, Gwen gets caught in the middle of the fight and falls down a clock tower. After defeating the Green Goblin, Spider-Man shoots a web strand down the tower and catches Gwen. When he goes to check on her, she's hanging limp, and although there's no blood anywhere, it's clear she's dead since she's unresponsive. Since Spider-Man appears to have caught her before she hit the ground, how exactly did she die? The comic give insight.

How Does Gwen Stacy Die in the Spider-Man Comic Books? 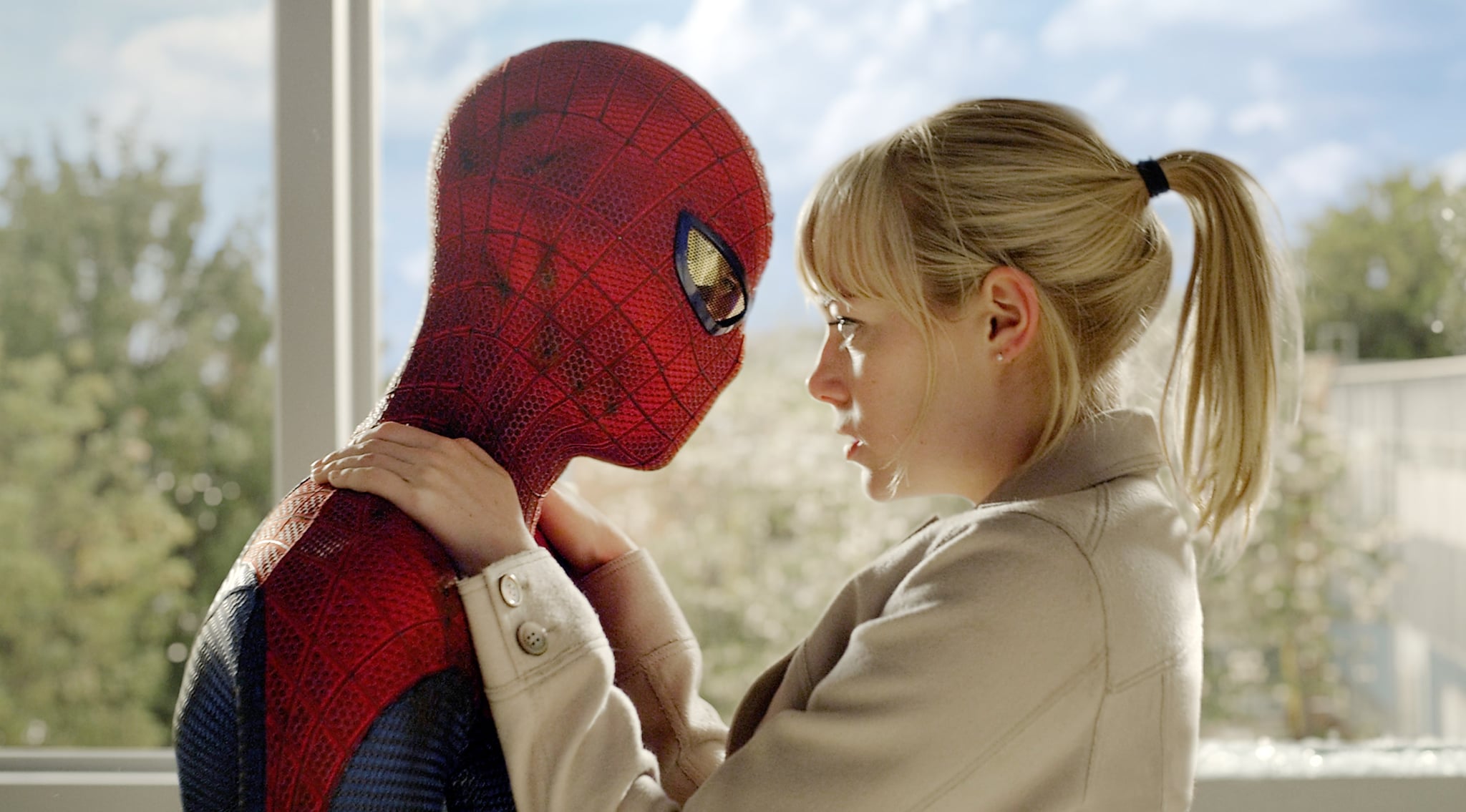 In The Amazing Spider-Man #121, there's a story arc called "The Night Gwen Stacy Died," during which the Green Goblin, aka Norman Osborn, abducts Gwen and takes her to a bridge (which is sometimes depicted as the Brooklyn Bridge, and at other times, the George Washington Bridge in the comics) to lure Spider-Man into a fight. Once he arrives, the two battle it out, and then the Green Goblin throws Gwen off the bridge. Spider-Man shoots a web strand at her legs and catches her, but as he pulls her up, he realises she's dead. He's so sure he saved her, so when she's unresponsive, he's confused. That's when Green Goblin tells him, "A fall from that height would kill anyone before they struck the ground," implying her death is caused by the shock of the fall, which causes Spider-Man to blame himself for putting Gwen in harm's way.

In The Amazing Spider-Man #125, a note in the comic refutes what the Green Goblin says about Gwen dying before she hit the ground. However, it confirms Spider-Man unintentionally causes her death. "It saddens us to say that the whiplash effect she underwent when Spidey's webbing stopped her so suddenly was, in fact, what killed her," the message revealed.

Is Gwen Stacy's Death in The Amazing Spider-Man 2 Accurate? 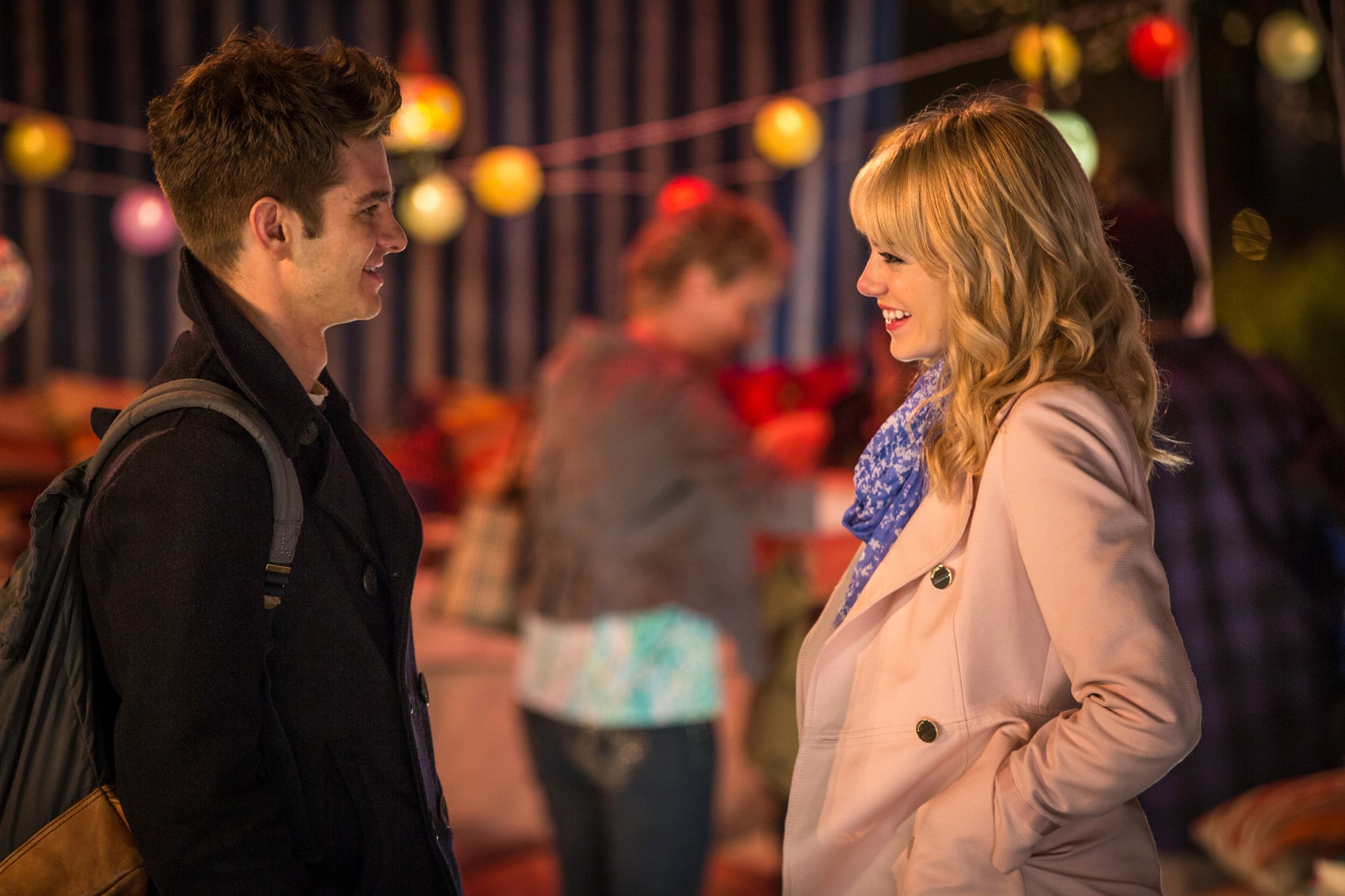 While the Green Goblin causes Gwen to fall to her death in The Amazing Spider-Man 2, just like in the comics, it's Harry Osborn who's taken the Green Goblin mantle in the movie, not his father, Norman Osborn. The fight between Spider-Man and the Green Goblin also takes place at a clock tower instead of a bridge. Unlike the comics, we actually see that Gwen's alive while falling down the tower, and it isn't until the final moment that she dies.

Spider-Man catches her around her waist, and we hear a snap. Although it's unclear if it's her neck or her spine that causes the sound, we're led to believe she dies from the whiplash effect she experiences from being suddenly caught by Spider-Man's web, just like in the comics. However, if Spider-Man didn't hadn't caught Gwen in time, she would have died from the fall anyway, meaning her death was, tragically, unavoidable.

Does Peter Parker Come to Terms With Gwen Stacy's Death in Spider-Man: No Way Home?

While chatting with Tobey Maguire and Tom Holland's versions of Spider-Man in Spider-Man: No Way Home, Garfield's version of Spider-Man reveals he blames himself for Gwen's death and isn't dating. That's why, when Zendaya's MJ falls off the scaffolding on the Statue of Liberty and Holland's Spider-Man is thwarted by the Green Goblin in his attempt to save her, watching Garfield's Spider-Man swoop down and save her successfully at the end of the movie felt like a full-circle moment.

Although Garfield's Spider-Man could not save Gwen in his universe, he was able to save MJ in Holland's. While he never vocalizes what this moment means to him during the movie (a lot was going on), the way he smiles emotionally at MJ after saving her leads the audience to believe the moment served as closure for him.