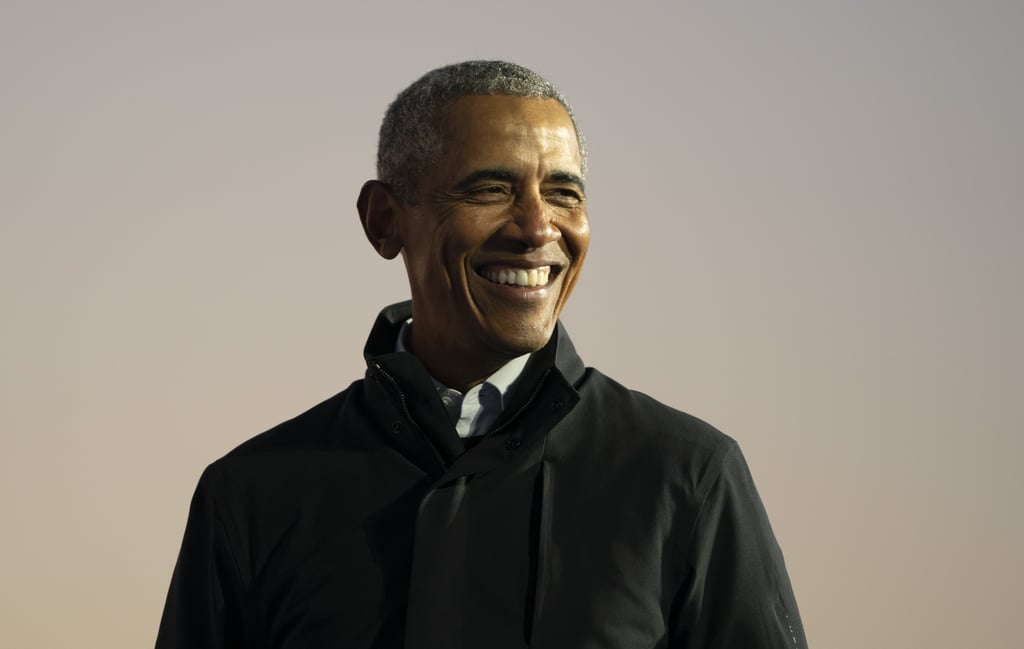 Barack Obama Compiled a Playlist to Go With His New Memoir, and Yes, "Michelle" Is On It

Barack Obama is giving us another glimpse into his favourite tunes to celebrate the release of A Promised Land. On Nov. 16, the 44th president released a themed playlist on Instagram to go along with his upcoming memoir (out Nov. 17), full of songs that "played an important role" in his life — especially his presidency.

"While reviewing my notes ahead of debates, I'd listen to Jay-Z's 'My 1st Song' or Frank Sinatra's 'Luck Be a Lady.' Throughout our time in the White House, Michelle and I invited artists like Stevie Wonder and Gloria Estefan to conduct afternoon workshops with young people before performing an evening show in the East Room," Obama wrote on Instagram. "And there were all sorts of performances I'll always remember—like Beyoncé performing 'At Last' for our first dance at our inauguration, Paul McCartney serenading Michelle in the East Room with, 'Michelle' and Bob Dylan flashing me a grin before vanishing after his performance of 'Times They Are a-Changin.'"

Obama's tracklist also includes songs from Eminem, Bruce Springsteen, Sade, Fleetwood Mac, and more. Get a peek into the tracks that powered his presidency below.

Related:
No, Barack Obama Will Not Join Joe Biden's Cabinet: "Michelle Would Leave Me"
Previous Next Start Slideshow
PlaylistMusicBarack Obama