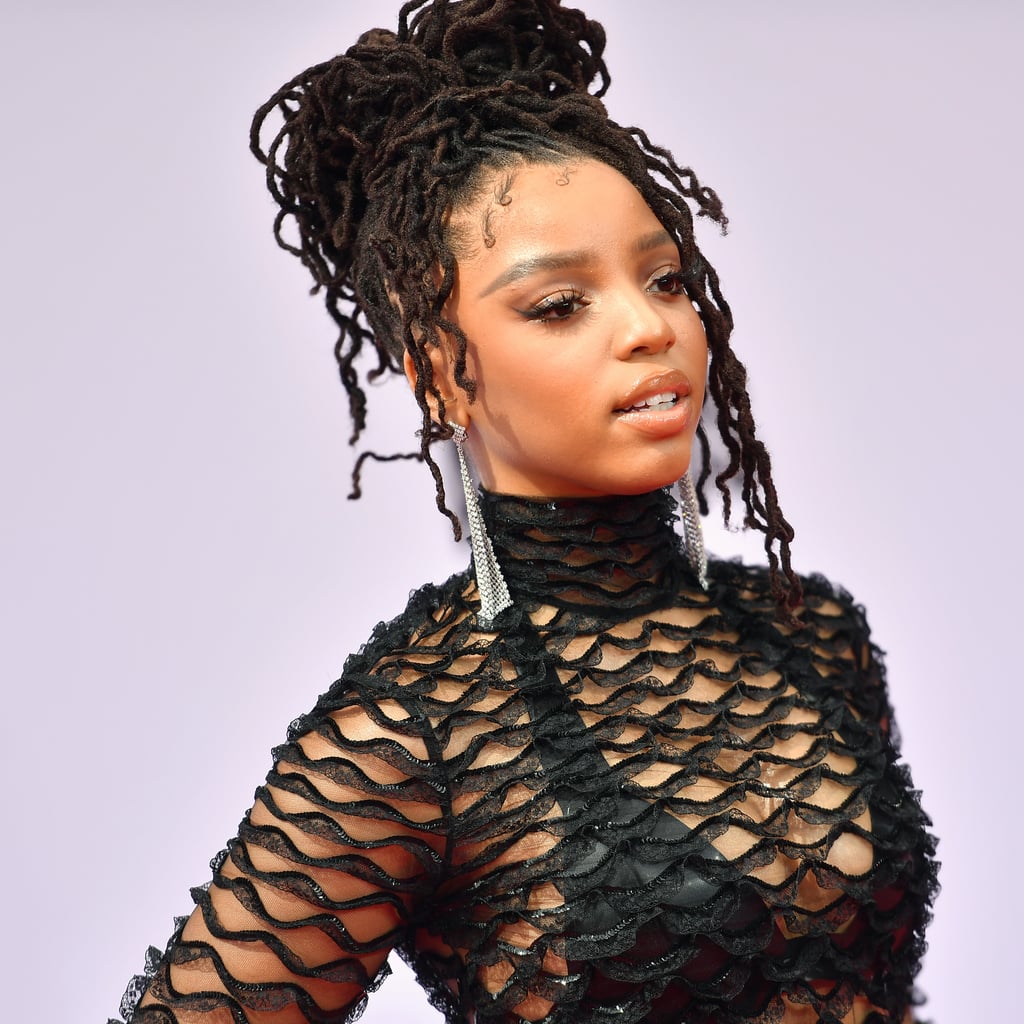 Chlöe knows exactly how to get her fans' attention! Just two months after ushering in her solo music era with "Have Mercy," the powerhouse singer is blessing our ears with brand-new music. In a recent Instagram video, the 23-year-old star teased a new tune that's seemingly titled, "Flex." Dressed in head-to-toe baby blue, Chlöe raps along to lyrics about "stuntin' on my ex" and being "fresh as a jet." In the snippet, Chlöe sings, "Only my name on my checks / Single by choice, I ain't pressed / Keepin' my foot on they necks / Boy just don't get attached." It's the confidence for me!

While it's unclear if "Flex" will appear on Chlöe's long-awaited solo debut solo album, the Grammy-nominated artist promised fans a full range of sounds and emotions when it finally arrives. "It's 90 percent done," she told Billboard about the forthcoming LP. "I'm creating my own lane, as well as paying homage to the ones who have inspired me. It has been fun finding my voice." With lines like, "Boy, you lookin' at me like I ain't give you no choice / If I count to three, bet you be on your knees," it sounds like Chlöe's voice is loud and clear! Check out the teaser ahead.