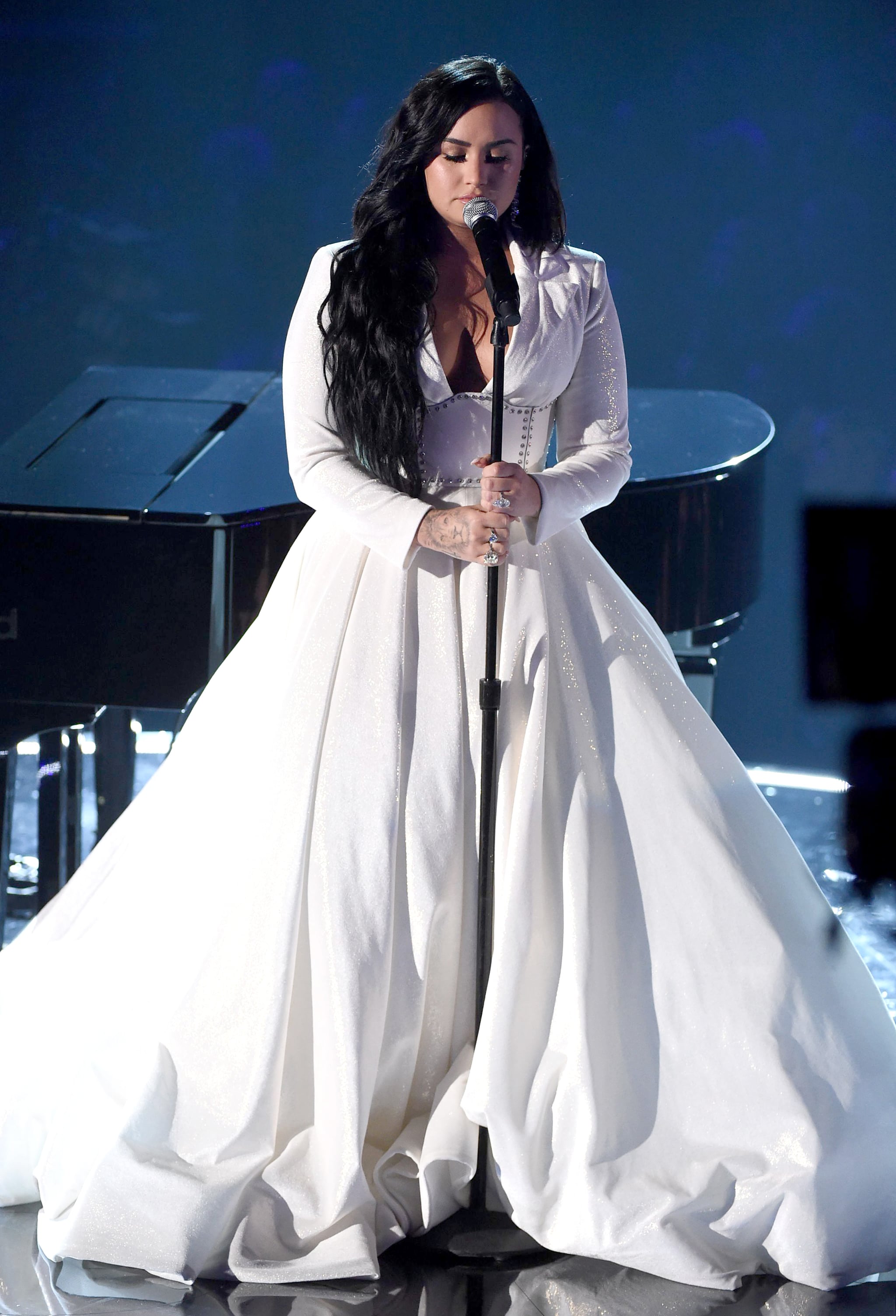 She's back! Demi Lovato likely left no dry eyes in the house when she made a triumphant return to the Grammys on Sunday night. The 27-year-old delivered a very raw and emotional performance of her new single, "Anyone," which she wrote and recorded just days before her drug overdose in 2018. Dressed in a white gown, Lovato fought back tears as she belted out the personal lyrics on stage.

In an interview with Zane Lowe, Lovato recently expressed how much the song means to her, saying, "At the time when I was recording it, I almost listened back and hear these lyrics as a cry for help. And you kind of listen back to it and you kind of think, how did nobody listen to this song and think, 'Let's help this girl.' You know what I'm saying? . . . I was singing this song and I didn't even realise that the lyrics were so heavy and emotional until after the fact."

Lovato has been hard at work on her upcoming album. While details are still pretty scarce, the singer previously teased on Instagram that she's got "f**king FIRE coming soon!!!" She also teased a second single in her interview with Lowe. "With the next song that I have coming out, I think I tell more of the story," she said. "With this one ['Anyone'], it just kind of tells you a little bit about where I was right before and right afterwards." On top of new music, Lovato will be singing the national anthem at this year's Super Bowl. Watch Lovato's tear-jerking performance below.

Anderson .Paak
Bruno Mars and Anderson .Paak Drop Their First Song as Silk Sonic, and It's Smooth Like Butter
by Monica Sisavat 2 hours ago