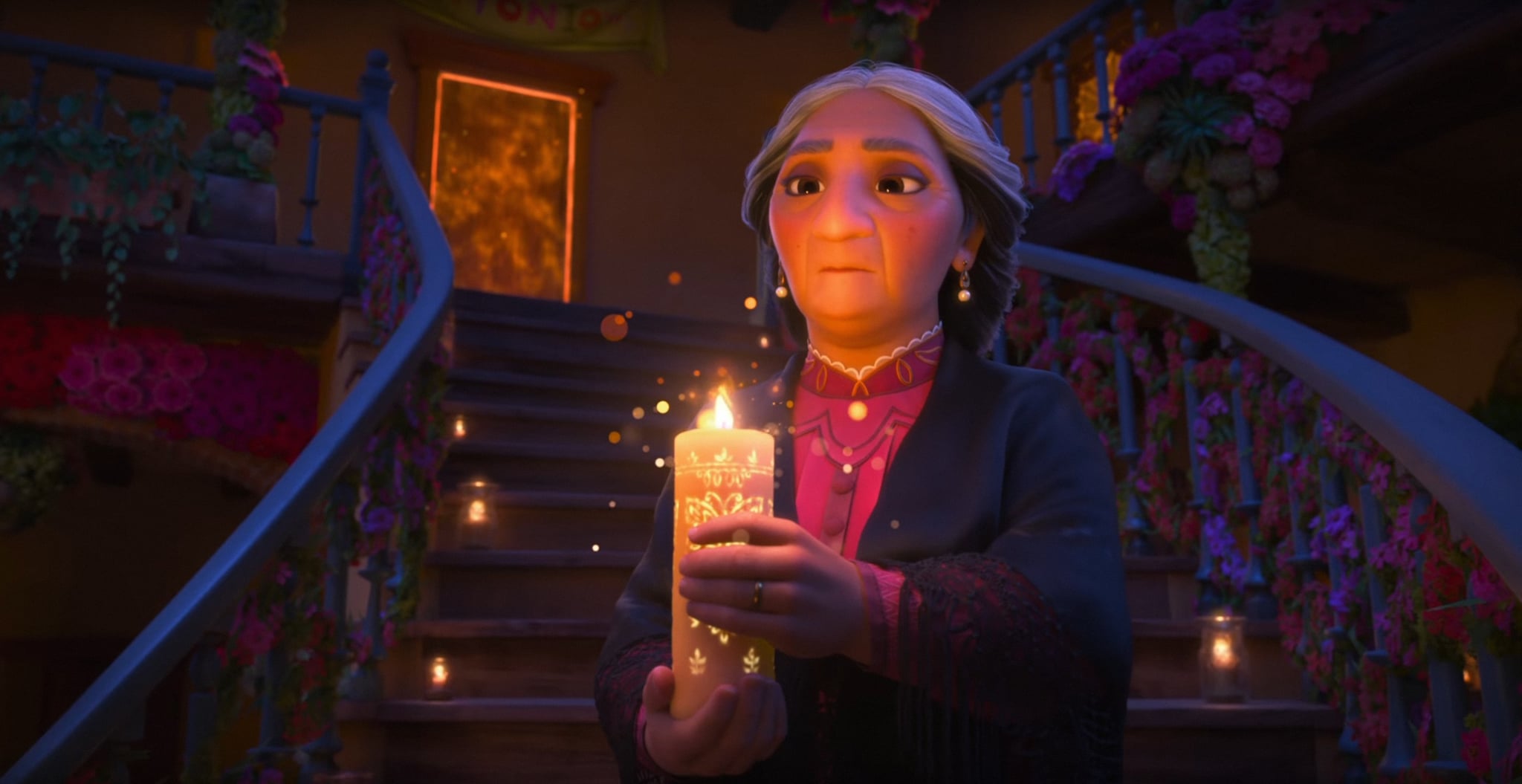 In the first few moments of the new Disney movie Encanto, we learn that a candle contains a miracle for the main characters, the family Madrigal. The candle's magical flame never goes out and has gifted most of the family members with magical powers. Aunt Pepa's mood affects the weather, and mom Julieta's cooking heals people's wounds. Even the casita (or the house) is blessed with magic. We continue to learn about the Madrigals' powers as the main character, Mirabel, sings her opening number, "The Family Madrigal." Her sister Isabela is "perfect," as Mirabel tells it, and can conjure flowers, while her other sister, Luisa, is super strong. Meanwhile, Mirabel didn't get a power (a fact the village kids won't let her forget). Another family member whose power is not immediately evident is Abuela Alma.


How Important Is Magic to Abuela Alma and the Madrigals in Encanto?

Abuela seemingly expresses that she can relate to Mirabel during the preparation for little Antonio's ceremony to reveal his power, saying the best way for "some of us" to help prepare is to stay out of the way and let the powerful family members work their magic, suggesting she doesn't have a power herself. Antonio, the youngest member of the Madrigals, worries he won't have a power. Soon we find out more about Mirabel's anguish over not having a power as she sings "Waiting on a Miracle." It seems not having power is the worst fate possible for anyone in the family. But while Abuela may not have an obvious power like Isabela conjuring flowers or Aunt Pepa manipulating the weather, that doesn't mean she's not gifted.

What Is Abuela Alma's Power in Encanto?

A hint at Abuela's "power" reveals itself during Antonio's ceremony (where we learn his power is talking to animals). Abuela holds the magic candle, suggesting she is the shepherd of the family's magic and, thus, in charge of taking care of it. When the casita is in jeopardy, we see Abuela praying near the candle to help her protect her family and save their miracle, and it's Abuela who feels the most responsibility for what happens to the family's miracle.

While all signs point to the Madrigals' powers depending on the magic candle (including Bruno's visions), it turns out this is one of the central misunderstandings that drives Encanto and holds the answer to what Abuela's power really is. By the end of the movie, we learn that the miraculous candle is not so, well, miraculous. Instead, it's the family Madrigal coming together, loving one another, and being happy that is the true magic that sustains their miracle. That's why, when the family stop ostracizing Mirabel and Bruno, start following their hearts, and rebuild their house in solidarity, they all regain their powers in the process.

The family are what sustain their miracle, not the candle itself. Thus, Abuela's power and responsibility are to keep her family together.