Vulnerability and songwriting are two things that seem to go hand in hand when you're a musician. That's especially true for a soul artist like Etta Bond, someone who pours her entire heart and soul into everything that she writes, but it's not something that's easy for everyone to do. Bond prides herself on her vulnerability, and believes that it's her honesty that makes her so relatable as an artist. Genuinely, she's not wrong.

Her new single "How Could I Forget You" is a breakup ballad about a relationship that you never thought would end — something that we can all relate to — and it's undoubtedly a very raw and personal track. Deeply personal writing is definitely a theme in Bond's music, and it's clear that it's only going to continue. We caught up with Bond to talk about her journey into the industry, songwriting as therapy, and the power of vulnerability as an artist.

POPSUGAR: Tell us a bit about your journey into the industry and how you got started.
Etta Bond: I wrote my first song and recorded my first song when I was 14. To be honest, people often ask me, "What made you decide to get into music?" and stuff like that but I always think that it kind of chooses you. It was never a decision for me. It was always just, this is what I do. I was lucky enough to meet Labrinth when I was 16 through Myspace. That was my first proper step into the industry, but we were both just kids at that point, and we were just making music for fun. That's really how it started for me, through enjoyment and because that's what I felt drawn to do.

PS: What do you want people to know about you and what you stand for as an artist?
EB: Art for me has always been a place where I can be vulnerable and honest, and I think that's something I stand by always when I'm creating. I just want to give an honest piece of myself to people because the more vulnerable you can be, the more that people can connect to what you're saying. So, no matter what I'm feeling, whether it's good or bad or whatever I'm going through, I want to make sure that I'm being honest about it. So, I would say that, and being unapologetic, because it can be quite scary to put yourself out like that. 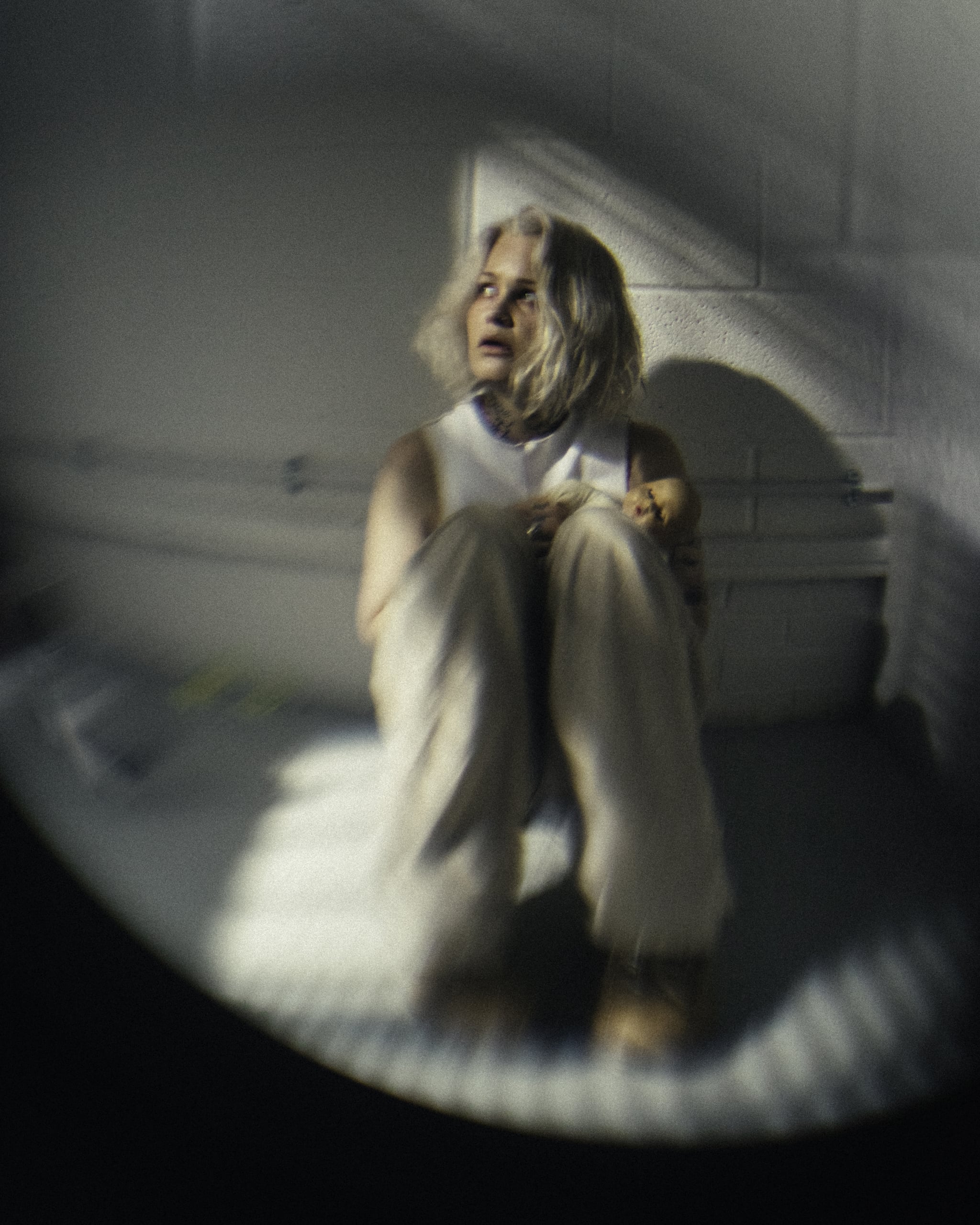 PS: Your new music comes after a bit of a break. What's changed for you since your last release?
EB: The last project I put out was He's Mine, and that was while I was still in a relationship. I went through a breakup and it was all a bit sad, really, to be honest, so I've just been making loads of sad songs. It's my way of getting through stuff because I create on a personal level before I even consider the idea of sharing it. It has to be for myself first. I've just been trying to get through the tough times and express my way through it. I'm hoping I can share my healing and it'll help to heal anyone else that's going through similar things.

"Writing music about my life makes me feel like everything was for a reason and everything had a purpose."

PS: Speaking of healing, your new track is called "How Could I Forget You". I imagine that it's about letting go of previous relationships and that healing process?
EB: I remember the day I wrote that song very well. I think it was the first sad song I wrote about my relationship. We were still together at the time, but things just weren't the same anymore and it was about that fear of when things are not going great, but you're still trying to make things work and you're still trying to hold onto something. "How Could I Forget You" is that sad realisation that things aren't the same anymore but still loving someone, and knowing you have to let them go.

PS: Your music goes to some pretty deep places. How do you tap into that part of yourself during the writing process?
EB: Usually, if I'm going through some sh*t, I actually get an urge to go to the studio and write. Your feelings can change within a millisecond — it's something you are going through, whether it be good or bad — so capturing these moments feels really important to me. If I let a moment go by and I don't write a song about it, then I feel like it was a wasted emotion. I know it sounds weird, but when I write songs like this, it actually makes the pain feel like it wasn't for nothing. Writing music about my life makes me feel like everything was for a reason and everything had a purpose. It makes it easier to deal with because sometimes I say things in music and songs that I wouldn't perhaps be able to say in the same way to somebody in person. 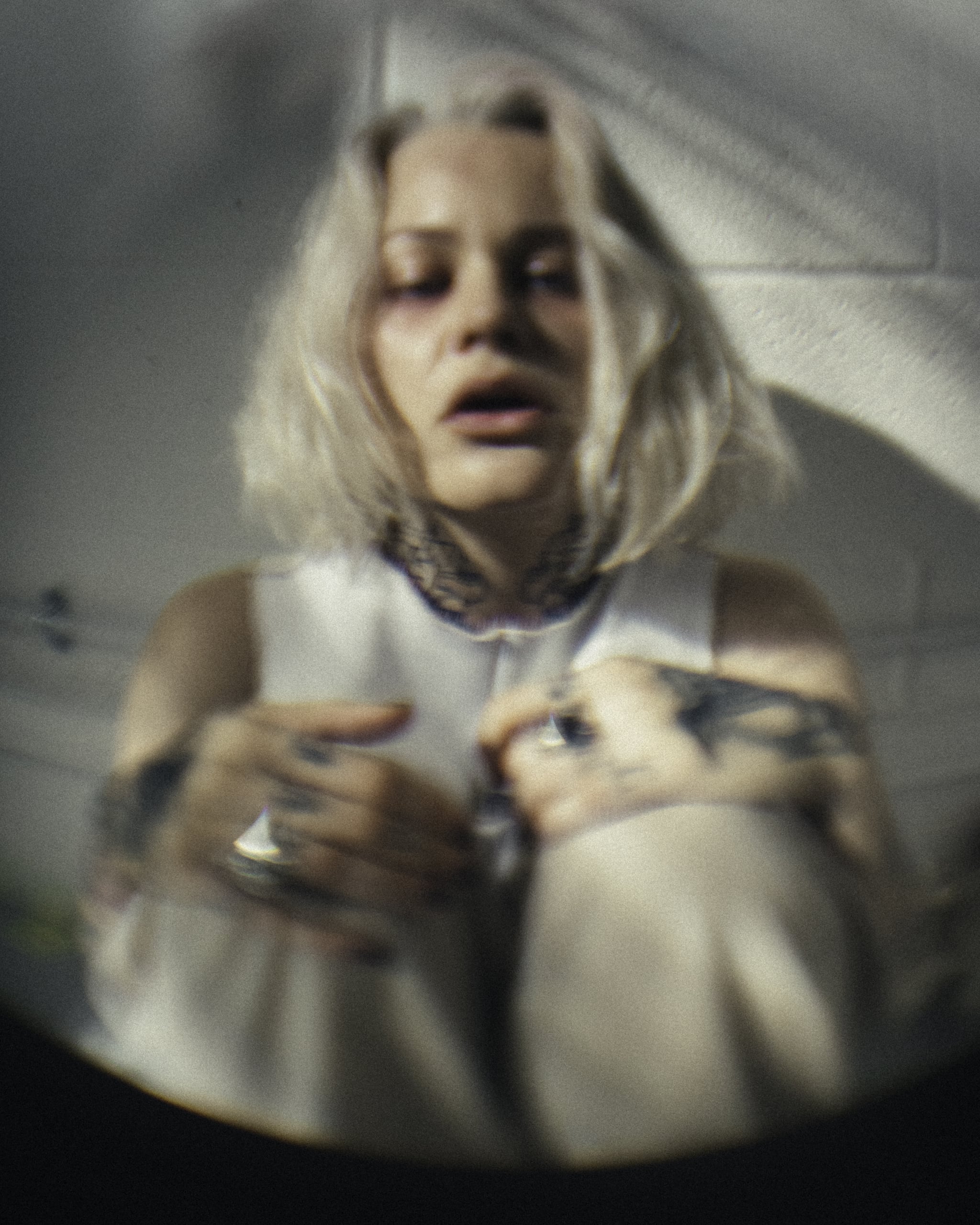 PS: It feels like when something happens, your natural response is to go and almost deal with it immediately, which is quite rare!
EB: I love documenting everything and it's just how I cope with things. I've kept a diary since I was about 7, it's my safe space. I actually started doing [music] because I don't really like talking to people about things, so then the idea of sharing things, it can be a bit daunting. I still get that to this day. I still feel a bit anxious about sharing certain things with people, but I feel like those are the songs that are more important to share, the ones that make me a little bit more scared to share them. Those are the ones that are perhaps going to be more important for somebody, even if it was just like a couple of people that heard it and felt, "Wow, I feel heard, I feel seen. I don't feel alone anymore." I write to heal myself. I share to heal others, and myself, because if I feel less alone, they feel less alone.

PS: Definitely. You have a new project releasing next year. What can you tell us about it?
EB: My music is just the story of my life. I shared so openly the love I had and the happy times in my last relationship, so I guess [the new music] is giving people the next chapter to understand why I'm in this position, why I broke up with my ex. It's almost like talking to friends. It's just sharing where I'm at and so people can understand a bit more about me and my journey. I've shared [my past relationship] on Instagram, he was in my videos, and people thought we were perfect. We loved each other very much, but no relationship is perfect and life happens. I wouldn't feel right to share all of the rainbows and butterflies if I'm not going to share the raw sadness that comes with that. I feel like it's my duty to be honest about it because that's real.