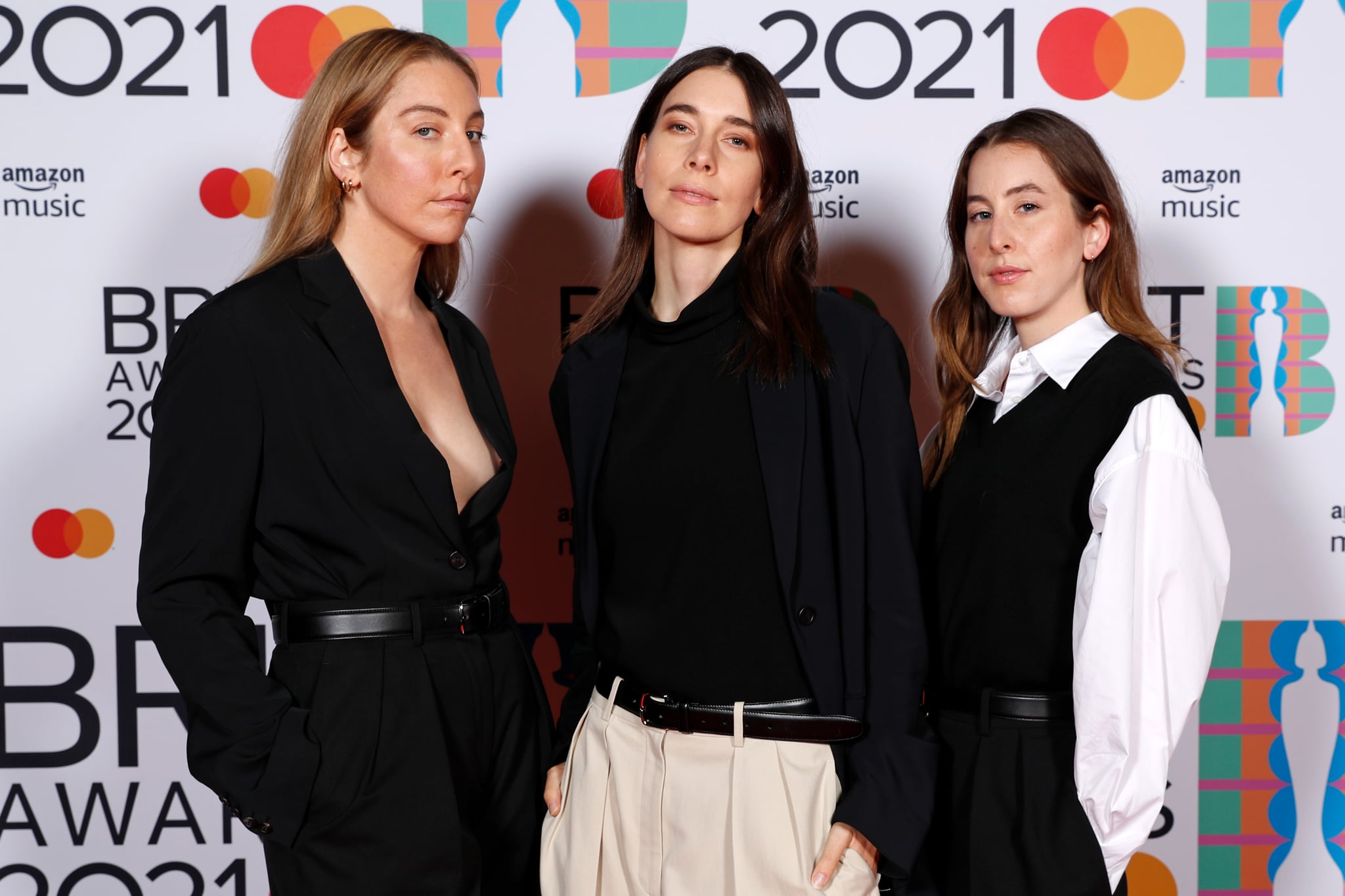 The 2021 BRIT Awards are in full swing tonight, and already, there have been some pretty wonderful moments. Ahead of the award show kicking off at 8 p.m., Yasmin Evans, AJ Odudu, Maya Jama, and Clara Amfo have been interviewing celebs on the red carpet, one of whom was ultimate girl band Haim.

Tailored suits, flowing hair, and overall cool-girl vibes are all things you'd expect from Haim on the red carpet, but what you wouldn't expect is that the musicians are pretty big fans of a certain Craig David. When Evans told the band that David would be in attendance and performing (backstage) on the night, Este in particular had to take some time to process, hilariously walking away from the mic. Haim then proceeded to sing along to "7 Days", aka a David classic, which was pretty impressive.

Fans thought so too, sharing their hilarious thoughts on Twitter and basically saying the things that we were all thinking.

And *this* is why we are forever obsessed with @HAIMtheband!! Hey @CraigDavid you might wanna see this 👀 #BRITs pic.twitter.com/8F3ac5wOF3

HAIM talking about Craig David has me wheezing

never thought haim would be fans of craig david

THE HAIM SISTERS FANGIRLING OVER CRAIG DAVID IS SENDING ME