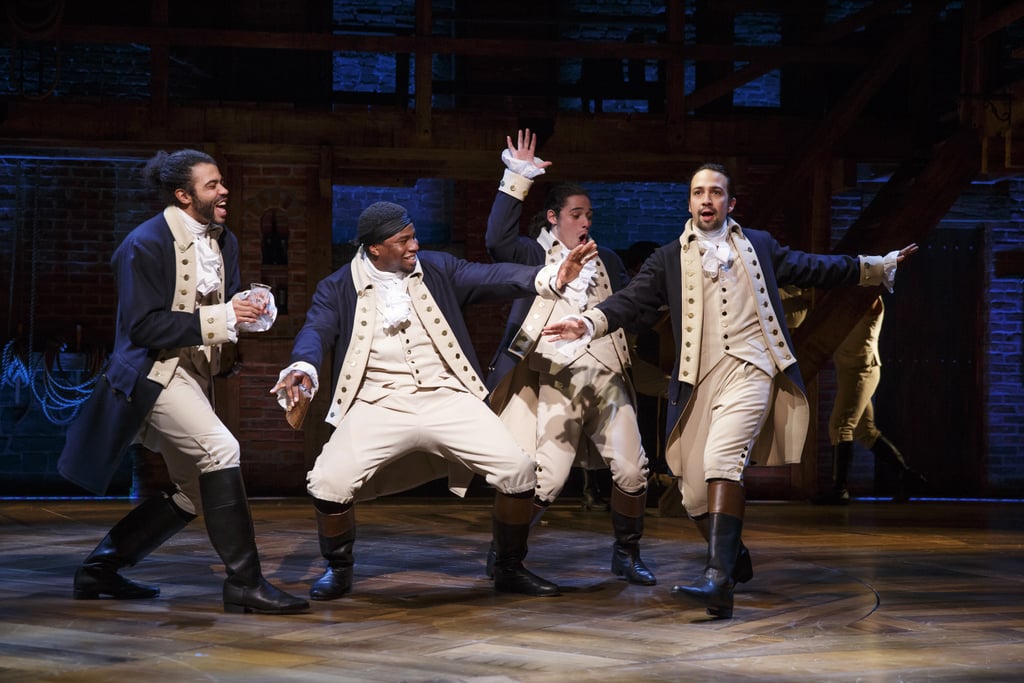 Broadway fans have been holding out hope that the 11-time Tony Award-, Grammy Award-, Olivier Award-, and Pulitzer Prize-winning stage musical Hamilton would make its way to the big screen since it premiered in February 2015. Well, Disney finally decided it's not throwing away its shot and is bringing a film version of Lin-Manuel Miranda's history-making musical, with the original Broadway cast, to fans over a year earlier than planned!

On May 12, the studio announced that the film will debut on Disney+ on July 3, well ahead of its original Oct. 15, 2021 release date. In a press release, Robert A. Iger, executive chairman of The Walt Disney Company, said the company was "thrilled" with the new debut date, especially in light of "the extraordinary challenges facing our world," calling the musical look at Alexander Hamilton's life a story about "leadership, tenacity, hope, love and the power of people to unite against the forces of adversity is both relevant and impactful."

The film is described as "a leap forward in the art of 'live capture,'" and combines live theatre and film. Hamilton director Thomas Kail — who will serve as producer alongside Disney and Miranda — filmed the stage show at Broadway's Richard Rodgers Theatre before the original cast members began to depart. So, along with Miranda, fans will see Tony winners Leslie Odom Jr. as Aaron Burr, Renée Elise Goldsberry as Angelica Schuyler, and Daveed Diggs as Marquis de Lafayette/Thomas Jefferson, as well as Tony nominees Phillipa Soo as Eliza Hamilton, Christopher Jackson as George Washington, and Jonathan Groff as King George. Rounding out the principal company are Jasmine Cephas Jones as Peggy Schuyler/Maria Reynolds, Okieriete Onaodowan as Hercules Mulligan/James Madison, and Anthony Ramos (who also stars in the upcoming film adaptation of Miranda's In the Heights) as John Laurens/Philip Hamilton.

"I'm so proud of what Tommy Kail has been able to capture in this filmed version of Hamilton to the screen. He's given everyone who watches this film the best seat in the house," Miranda said in a statement. "I'm so grateful to Disney and Disney+ for reimagining and moving up our release . . . in light of the world turning upside down. I'm so grateful to all the fans who asked for this, and I'm so glad that we're able to make it happen. I'm so proud of this show. I can't wait for you to see it."

We can't wait to be in the living room where this premiere finally happens!