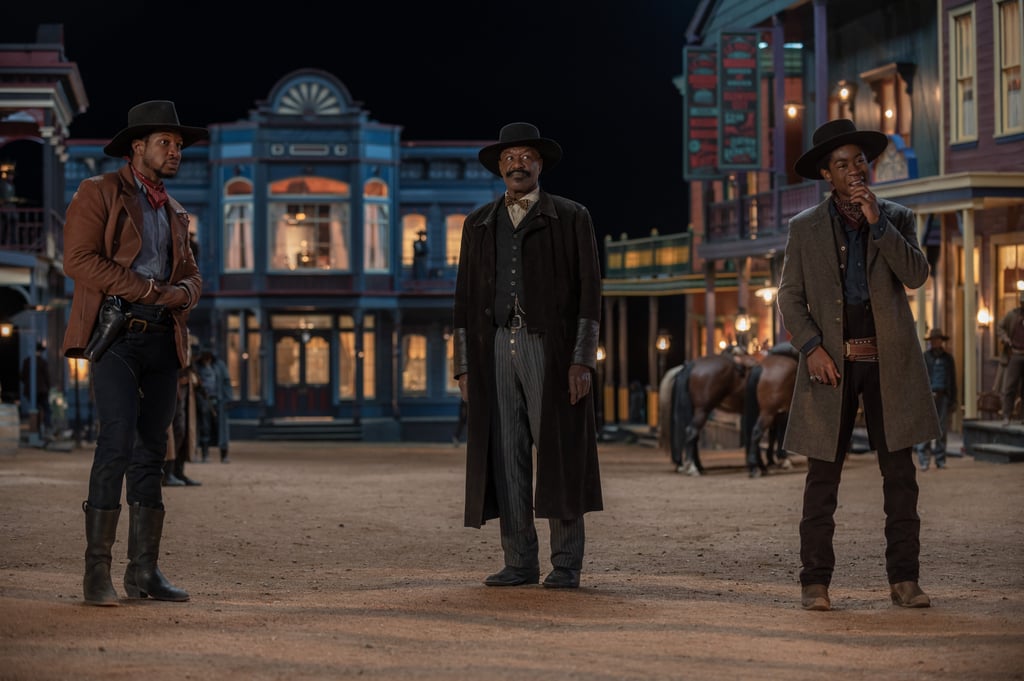 There is only one way to describe Netflix's upcoming film The Harder They Fall: epic! On Thursday, the streaming service shared the first teaser trailer for the upcoming western film, and fans have been raving ever since. Not only does it look action-packed, but the cast is truly stacked with Idris Elba — who starred in Netflix western Concrete Cowboy alongside Caleb McLaughlin earlier this year — Regina King, and Jonathan Majors.

Director Jeymes Samuel spoke with Shadow and Act about his desire to create a Black western. "I really, really loved westerns, but I would just see a really clear inconsistency with the portrayals of people of colour, basically in the Old West and being such a fan of actors like Woody Strode, who was amazing in Spartacus but then you'll see him pop up in The Man Who Shot Liberty Valance and he couldn't get a drink in the bar," he noted. "I just grew up wanting to know more about people of colour and women and all of these ideas of the Old West that I was not getting from the Hollywood movies. And so I would just buy books and would . . . uncover amazing characters — both heroes and villains, both men and women of all colours."

He added: "I believe that The Harder They Fall fits firmly in the Western [canon], because the Western, when Hollywood was doing it, was fresh. The choice of music they would use, it was fresh at the time. It wasn't actually cowboy music. So, it's a perfect addition to the genre and brings it into 2021 and forward." Learn more about the upcoming film ahead.