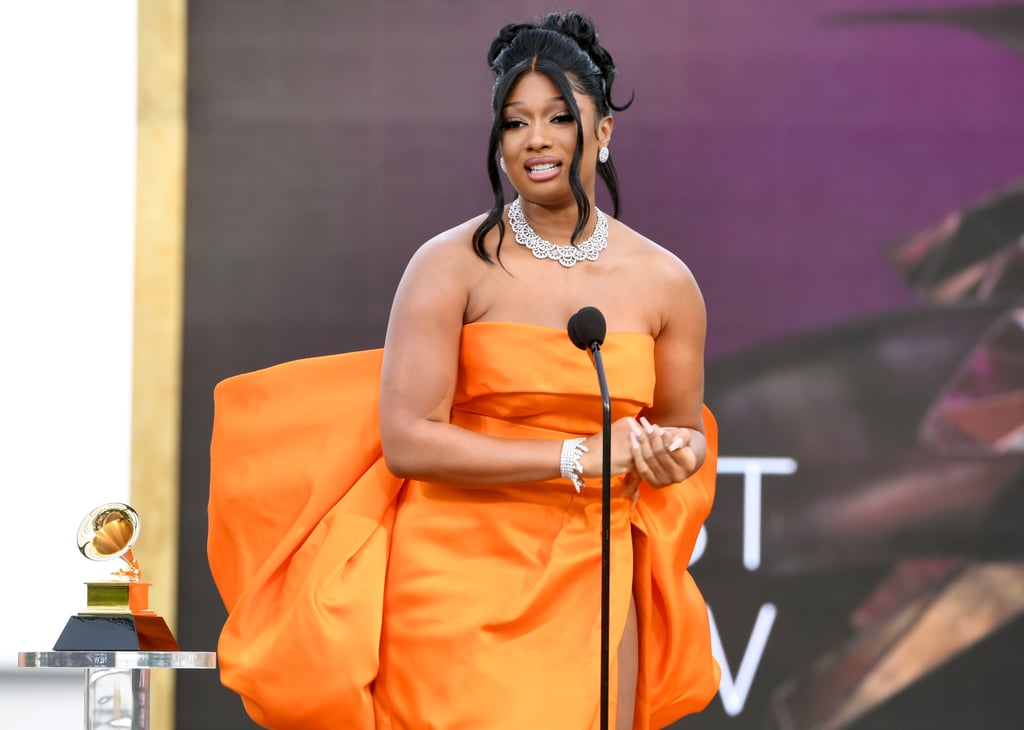 Sunday night was a magical one for musicians, but especially Megan Thee Stallion. After a year of huge wins and trying times, the rapper scored her first Grammy awards, including best rap performance for her "Savage (Remix)" collaboration with Beyoncé. (The first-ever win in the category by two women!) But it was her win for best new artist that was especially emotional for the Houston native. Presented (ecstatically) by her close friend Lizzo, the win marks Megan as the first female hip-hop artist to win the award since 1999, when Lauryn Hill took home the honour.

The rapper was visibly choked up as she accepted the award, holding back tears as she thanked her team and her fans. She shouted out her fellow nominees, noting that they were all amazing, and thanked 300 Entertainment and RocNation for sticking with her through it all. "It's been a hell of a year but we made it," she said. She finished by dedicating her win to her late mother, saying, "she's not here with me today, but I know she's here in spirit. She always believed that I could do it."

The rapper's mom, Holly Thomas, died in March 2019 after a long battle with a cancerous brain tumor, but Megan frequently references how hard her mom pushed for her success and was her biggest fan. We can only imagine how proud she'd be to watch Megan make history with her well-deserved win! Watch her emotional speech ahead.