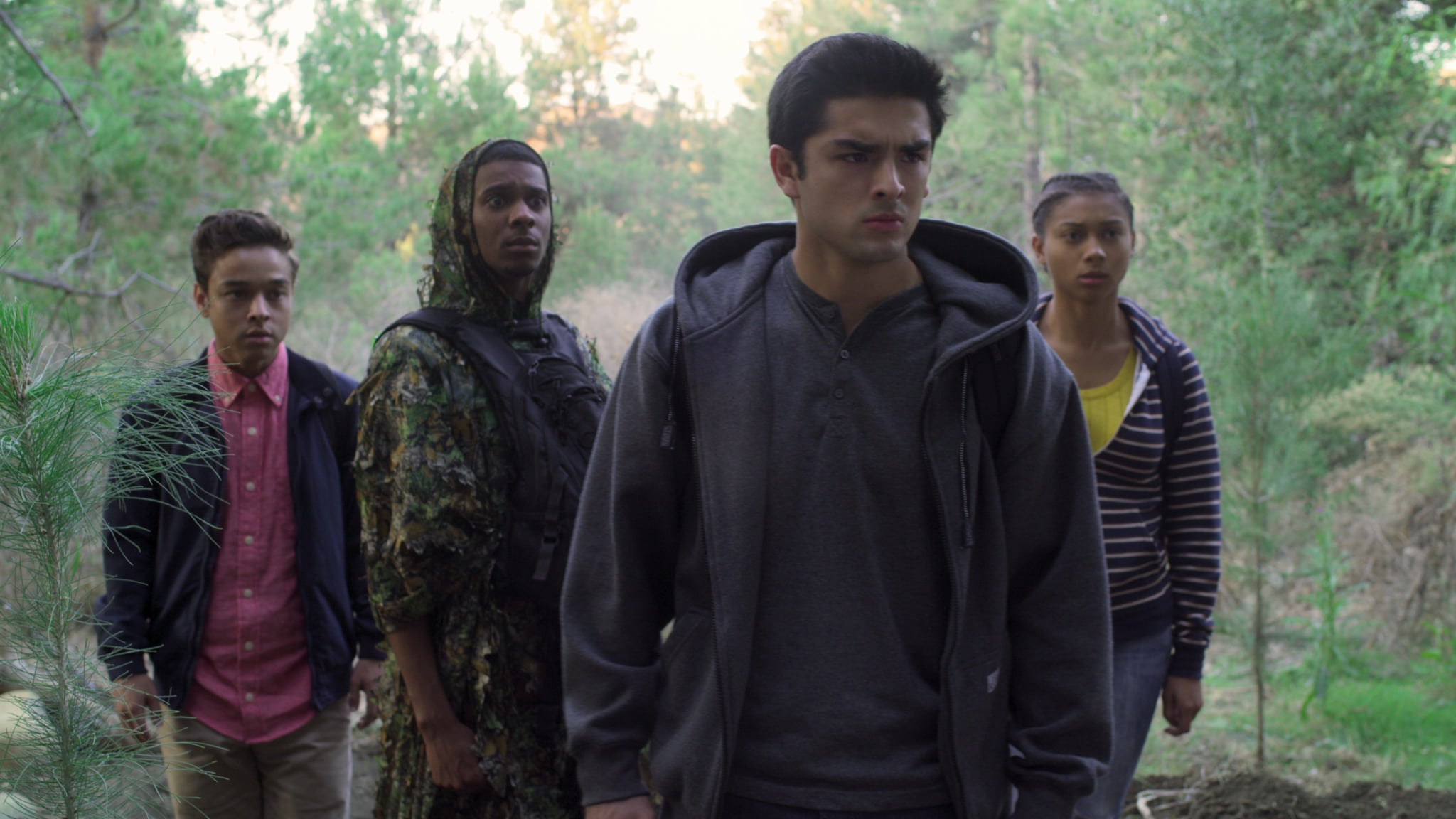 Whew, the season three finale of On My Block gave us a lot to process, didn't it? Thanks to Oscar "Spooky" Diaz (Julio Macias), the main quintet — Monse Finnie (Sierra Capri), Cesar Diaz (Diego Tinoco), Ruby Martinez (Jason Genao), Jamal Turner (Brett Gray), and Jasmine Flores (Jessica Marie Garcia) — no longer have to worry about Santos gang leader Cuchillos coming for their lives. That's great news, right? Right. The only thing is, what happens after that resolution has us simultaneously crying tears of joy and sorrow — and wondering if there's going to be a season four.

At the end of the third chapter, there's a two-year time jump that shows each of the characters on their respective paths after Monse leaves for boarding school at the Mayfield Girls Academy. Spooky, with a head full of hair, finds a significant other and is expecting a baby (yay!), and Ruby and Jasmine's relationship seems to be going strong (also yay!). Meanwhile, Monse makes a new group of friends at Mayfield and appears to forget about her day ones (no!), and back in Freeridge, Ruby, Jamal, and Cesar have drifted apart (nooo!). In a disheartening scene, Ruby and Jasmine hold hands and walk by Jamal, who's talking to his fellow football teammates. Ruby and Jamal briefly make eye contact, and there's clearly some animosity between them. In another heart-rending moment, Cesar's fate as the new leader of the Santos gang is revealed, along with his "Lil' Spooky" tattoo. That's right: he falls into the lifestyle his friends were trying to keep him out of since season one.

"I trust the writers and whatever they have ready for Cesar and the whole gang." — Diego Tinoco

Depending on how you look at it, the ending feels either very final or like a different type of cliffhanger. It's much different than the conclusions to seasons one and two, which were obvious setups for the following epochs. Netflix could leave it as is and let the audience fill in the blanks without giving us a season four, but that would be incredibly cruel. Alternatively, the streaming giant could reveal everything that unfolded within the time gap or show the Freeridge squad uniting after their friendship seemingly dissolved. We don't care as long as there's a fourth instalment — we need more! Thankfully, the castmates seem hopeful for another collection of episodes.

"The story's not over," Tinoco told POPSUGAR over the phone. "I was shocked by the ending of season three. I didn't see it coming at all — not the slightest bit. I was surprised, and I honestly didn't want to film it because it was so heartbreaking. But I trust the writers and whatever they have ready for Cesar and the whole gang." That sounds pretty definitive, which has us feeling optimistic. 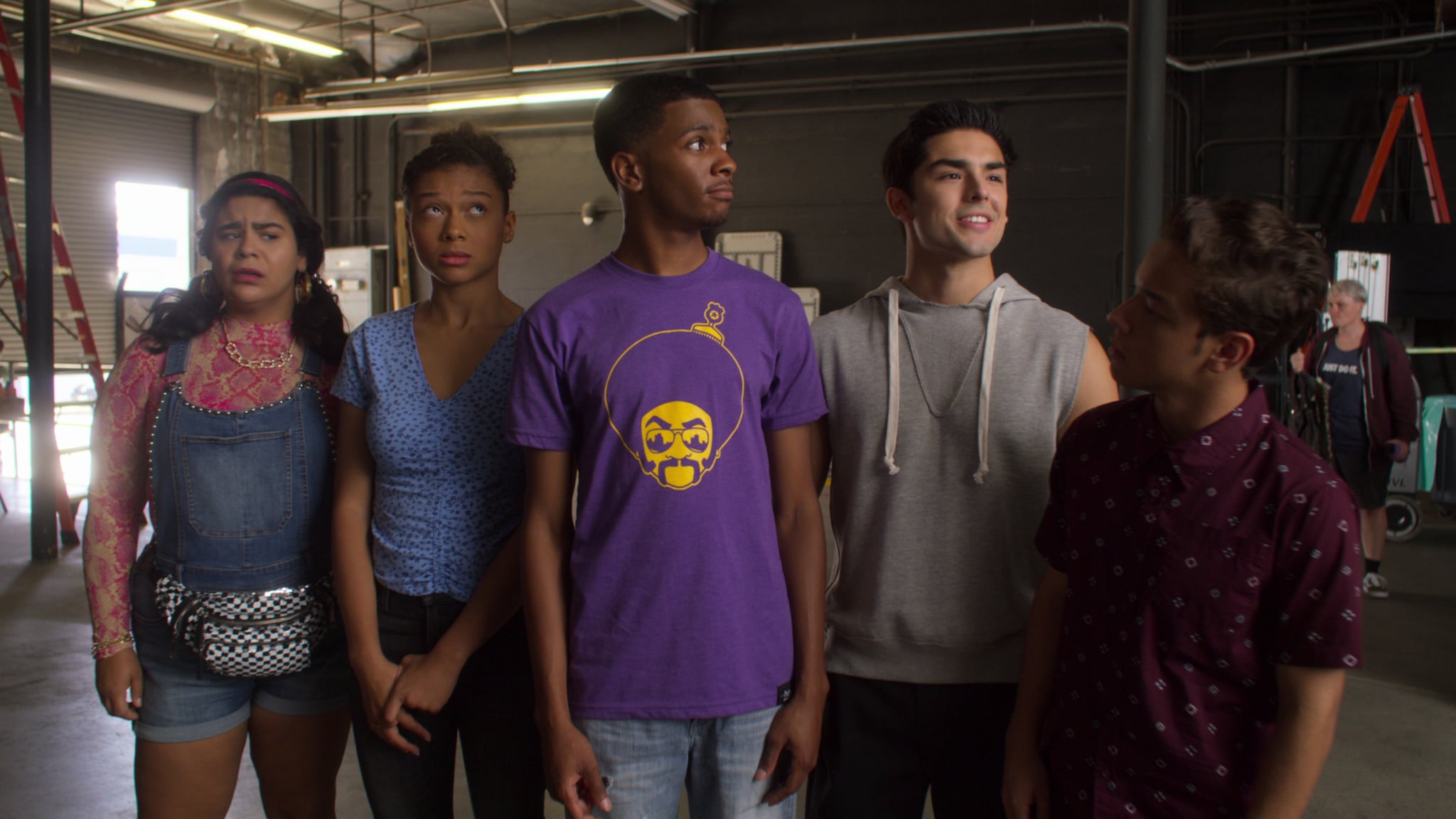 So if On My Block does have a fourth season, what do the actors want for their characters? There seems to be one running theme: self-discovery. "I'm excited to see Ruby as an adult or with more of an adult mindset," Genao said. "I'd love to see, in the writer's mind, who he becomes. Ruby has such a special place in my heart, and I want to know everything about him. I still don't fully know who he is or who he's going to become. So I'd love to explore who he is as a person entirely."

Gray hopes Jamal also experiences some form of clarity after all the madness of the first two seasons. "I wish to see Jamal figure out what it is he actually wants to do and who he is. What is his everyday life going to be like after RollerWorld and after the debacle with his friends? He's been so motivated by what the gang is doing and what will keep him active within it. So I wonder who Jamal is with a new set of friends."

"They need to find themselves as individuals so they can come back together and create a strong union." — Sierra Capri

As for Cesar, it sounds like Tinoco wants the same thing we all want. "Look, I just want to see my boy out of the gang, go to UCLA like he wanted to do in the first season, and become an architect," he said. "I want him to marry Monse, have some beautiful brown babies, and live happily ever after." (OK, season four might be a little early for marriage and babies, but it sounds like a great storyline for maybe season 10?)

In a separate interview, Capri shared a different vision for Monse in a follow-up season. "I hope that Monse continues to find herself and put herself first," she said. "She doesn't do that enough. She tends to put everyone else before her. Moving forward, I'd really like to just see her focus on her." I mentioned that I spoke with Tinoco before our chat and he was already thinking about Monse and Diego tying the knot and starting a family. Capri burst out laughing, adding, "He would say that! I mean . . . I hope for that, too, but they need to find themselves as individuals so they can come back together and create a strong union." Fair enough.

And how about fan-favourite Jasmine? Garcia said she'd like her character to continue developing her confidence. "She is a lot more wise than even she knows," Garcia said. "So I would really love her to grow in her self-love and become the woman that she's trying to be outside of needing validation from anyone."

On My Block season three is now streaming on Netflix!