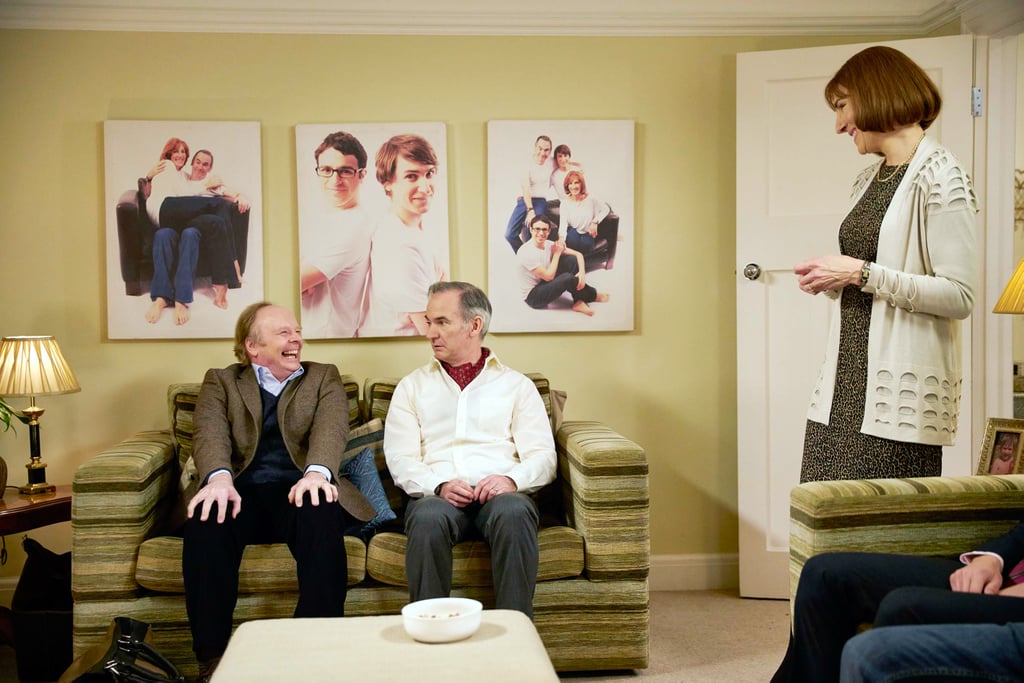 Paul Ritter, who played Martin Goodman in Channel 4's hilarious sitcom, Friday Night Dinner, died on 5 April due to a brain tumour. Since the sad news was announced, tributes have been pouring in from Ritter's costars, agents, and fans on Twitter. Robert Popper, the creator of Friday Night Dinner shared a tweet that said that he was "devastated at this terribly sad news. Paul was a lovely, wonderful human being. Kind, funny, super caring and the greatest actor I ever worked with."

Fans of the show have gathered in support online by reminiscing about their favourite Martin moments, sharing memories of his funny catchphrases, bizarre mannerisms, and charming stories at the Friday night dinner table. Whether it's his classic "sh*t on it" catchphrase, or "Hello, bambinos" greetings, his many topless scenes, or his strange affinity for expired meats, we're really going to miss seeing Martin on our screens, and we're not the only ones. Channel 4 has also announced that it will be airing a 10th anniversary special this spring, which will be dedicated to Ritter. An air date has yet to be confirmed, but watch this space.

To remind ourselves of the joy that Ritter brought to one of our favourite sitcoms, we've rounded up Martin Goodman's best moments, according to fans of the show on Twitter. Keep reading to find out if your favourite Martin moment made the cut.

British Celebrities
By 2030, H&M Will Only Use Recycled Materials, and Maisie Williams Is Making Sure of It
by Kara Kia 8 hours ago

Line of Duty
Line Of Duty: Episode 4 Was Full of Big Revelations, Including Confirmation of a Major Fan Theory
by Lucy Wigley 10 hours ago