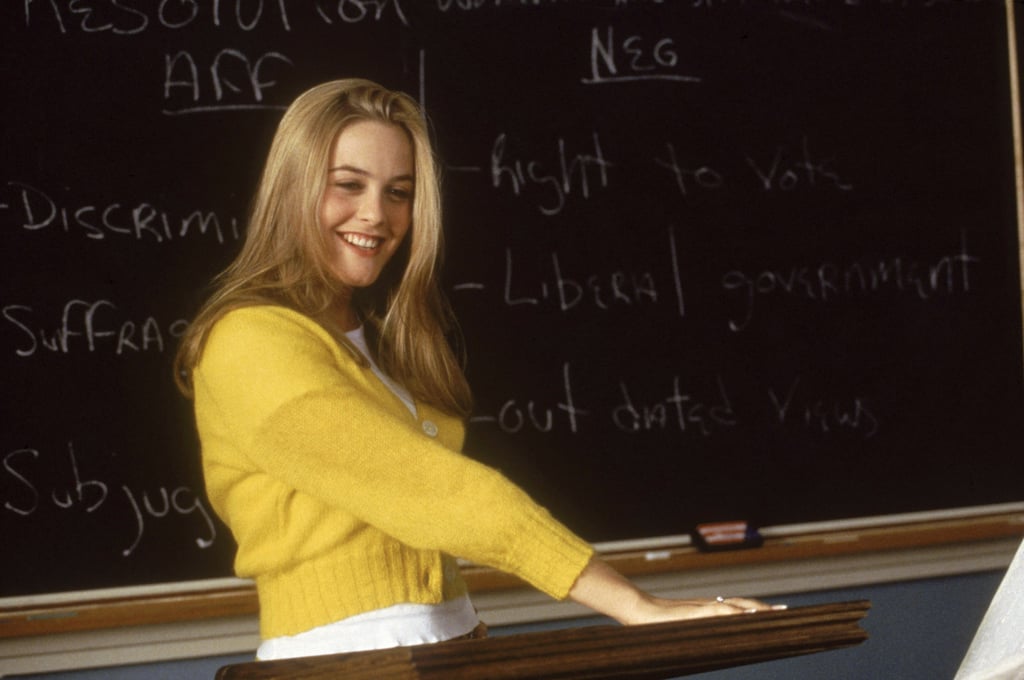 Silverstone's Mispronunciation of Haitians Was an Honest Mistake

Heckerling revealed to Vogue that Silverstone's pronunciation of Haitians (Hay-tee-uns) wasn't actually a deliberate joke. However, Heckerling liked it so much that she decided to roll with it. "She [Silverstone] had the script and she was doing her lines and as soon as I said 'cut,' the script woman and everyone in the crew started to walk up to her to tell her the right pronunciation and I had to run interference and go, 'Step away from the actress. Stand clear of Alicia Silverstone," the director said in the Vogue profile, noting Silverstone's confident delivery of the iconic debate class anecdote about partying with the Haitians.

Playlist
Drums Please! 110 of the Best '90s Summer Jams That'll Help You Sit Back and Unwind
by Haley Lyndes 4 days ago

Reunions
You Know You Love It: Penn Badgley and Chace Crawford Reunite and Reflect on Gossip Girl
by Kelsie Gibson 6 days ago

Disney Plus
A New Hamilton Doc Is Coming to Disney+, So You Can Be in the Room Where It Happened
by Grayson Gilcrease 6 days ago