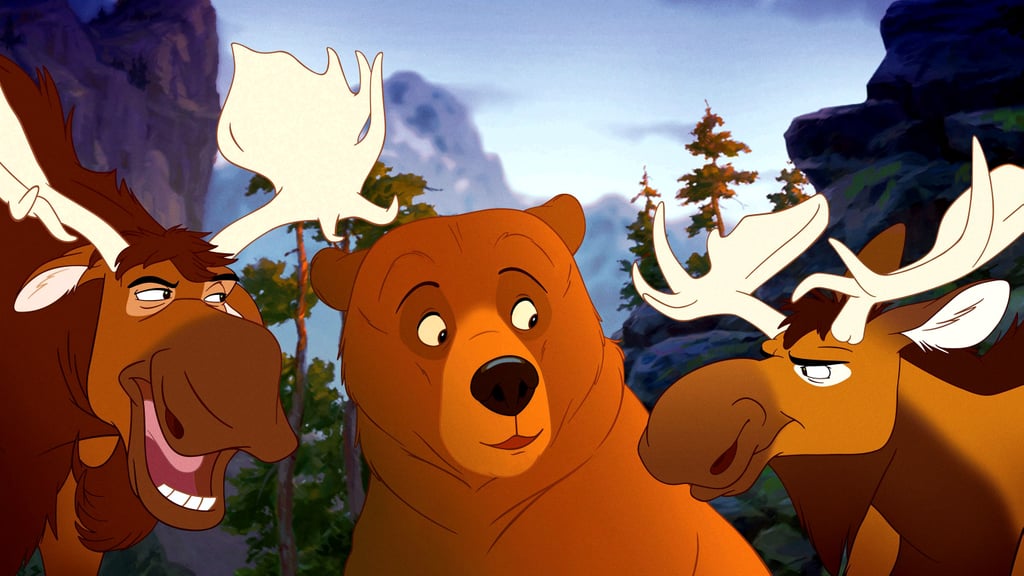 Brother Bear is probably one of Disney's most underrated animated films. It's also one you wouldn't think needs a sequel, but is nice to see what happened to Kenai (played by Joaquin Phoenix in the original and Patrick Dempsey in the sequel) and Koda (Jeremy Suarez). Brother Bear 2 finds Kenai's childhood sweetheart, Nita (Mandy Moore), about to get married against the wishes of the spirits, as she is already bonded with Kenai due to an experience in their childhood. The remainder of the movie follows Kenai, Koda, and Nita as they travel to Hokani Falls to burn the amulet and allow Nita to marry.

One of the best parts of the original movie was a pair of moose brothers named Rutt and Tuke, voiced by Canadian comedic duo Rick Moranis and Dave Thomas. This time around, they're back trying to woo moosettes Anda and Kata, who are voiced by fellow Canadians Andrea Martin and Schitt's Creek favourite Catherine O'Hara. All in all, Brother Bear 2 is a sweet story about how the ones you love never truly leave you. It's also way less sad than its predecessor.

Brother Bear 2 is currently available to watch on Disney+.