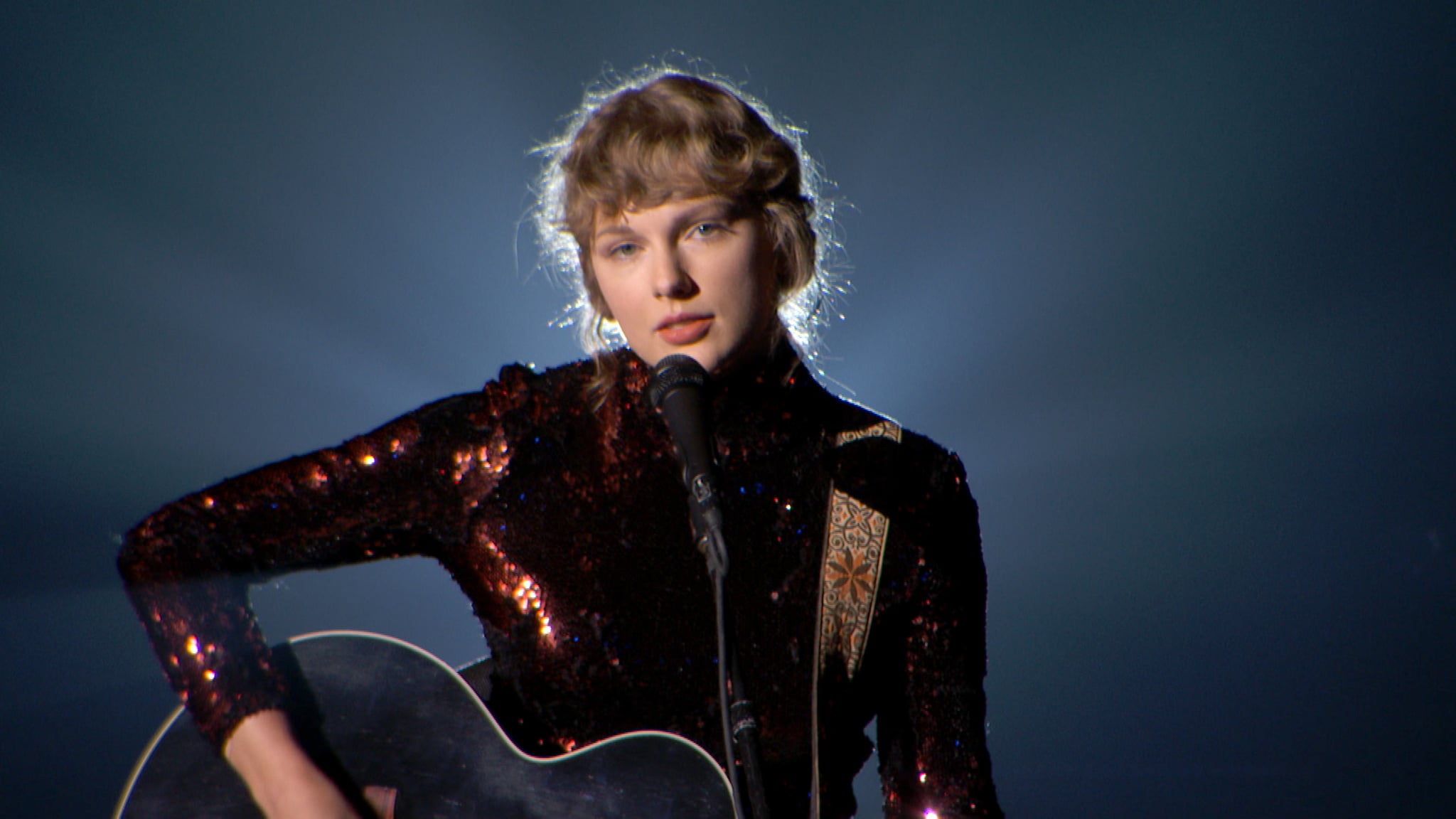 Taylor Swift is just full of surprises this year! In the wee hours of Thursday morning, the singer made the surprise announcement that she's releasing another album called Evermore at midnight. Yes, you read that right: another album is coming our way just four months after she released Folklore.

"I'm elated to tell you that my 9th studio album, and folklore's sister record, will be out tonight at midnight eastern," she wrote alongside the album cover. "It's called evermore. To put it plainly, we just couldn't stop writing songs. To try and put it more poetically, it feels like we were standing on the edge of the folklorian woods and had a choice: to turn and go back or to travel further into the forest of this music. We chose to wander deeper in. I've never done this before."

She continued, "In the past I've always treated albums as one-off eras and moved onto planning the next one after an album was released. There was something different with folklore. In making it, I felt less like I was departing and more like I was returning. I loved the escapism I found in these imaginary/not imaginary tales. I loved the ways you welcomed the dreamscapes and tragedies and epic tales of love lost and found into your lives. So I just kept writing them."

The album will feature 15 tracks on the standard edition, and will include two bonus tracks on the physical copy. Plus, there are a handful of collaborations, including a song with Haim, The National, and Bon Iver, who appeared on Folklore. As if that wasn't exciting enough, Swift is also releasing a music video for the first track on the album titled "willow" at midnight. The first glimpse shows Swift sitting by a window in a white dress. Needless to say, we are excited!