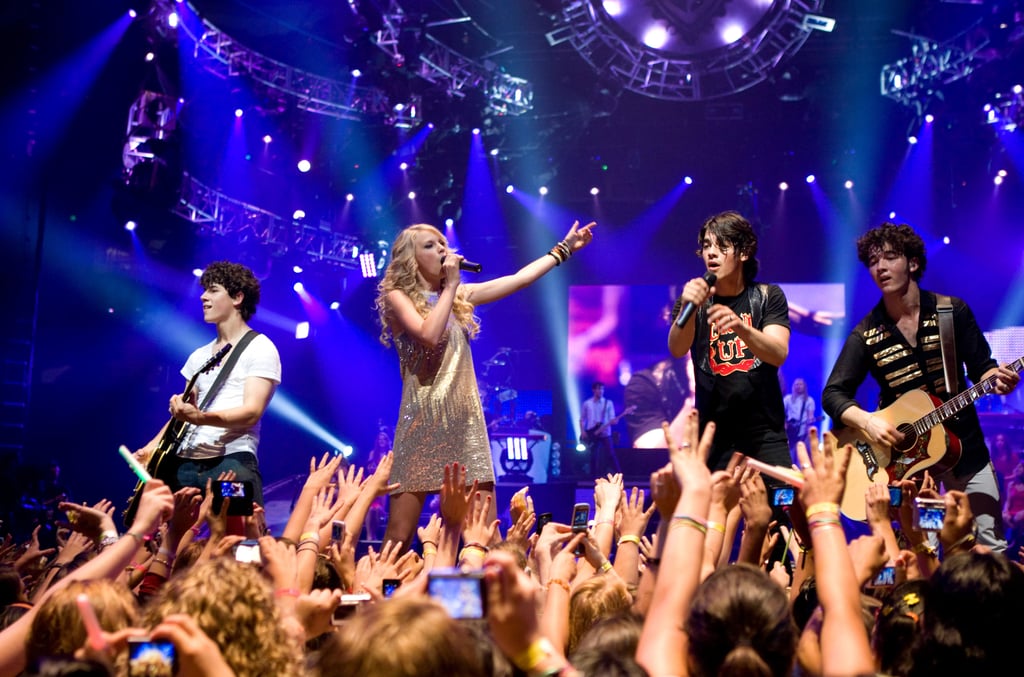 It seems like forever ago that Taylor Swift and Joe Jonas dated, but now their short-lived love story has returned to the spotlight thanks to her newly released vault tracks. For her rerecorded Fearless album, which drops on April 9, Swift is letting fans hear the songs she wrote way back in 2008, but didn't make the final cut on the album.

Seeing that Swift and Jonas dated and broke up right before her Fearless album was released in 2008, it's understandable that a handful of her vault tracks would be about the Jonas Brothers singer. While "You All Over Me" includes a few subtle nods to Jonas the lyrics in "Mr. Perfectly Fine" are a little more pointed. After going down memory lane with the new tracks, it has us thinking about all the other Taylor Swift songs Jonas inspired over the years. Fun fact: Jonas inspired songs on three (soon-to-be four) different Swift albums! See which songs are about the singer ahead.